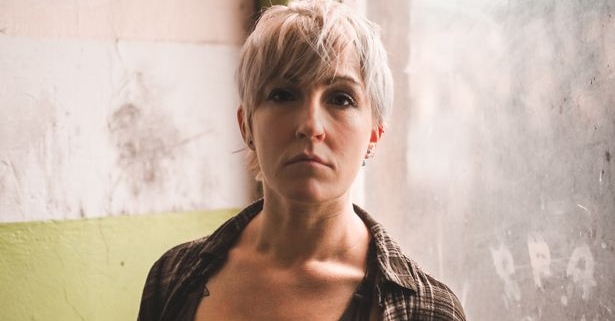 The Bungalow has a star-studded line up tonight and they are Becci Wallace: A Glasgow based singer-songwriter and producer. She is firmly placed at the heart of Scotland’s song writing community. The first thing you will notice is her tireless energy, versatility and zest for lyrics and melody. As a solo artist her first album Fragmentality was released in 2015, gaining plaudits across the country and securing multiple national and local radio plays. Her current project Present Tense was released in November 2020 to critical acclaim, featured as BBC Roddy Hart’s ‘Record of Note’ and across national radio in Scotland and local radio across the UK and Europe. Becci is known for her unique vocals, tight harmonies and thought-provoking lyrics.

John Rush: A well known Paisley musician who is now Glasgow based. His, “folk tinged pop songs” have gotten John some great gigs, He has played at the Barrowland Ballroom (four times), King Tut’s Wah Wah Hut, O2 Academy, O2 ABC, Royal Concert Hall and Saint Luke’s & The Winged Ox as well as many more venues around Scotland and festivals in Scotland and England. Through the years he has racked up some highly acclaimed support slots with Paul Weller, Ocean Colour Scene, Chris Helme (The Seahorses), Steve Pilgrim (Paul Weller’s drummer) and Johnny Lloyd (Tribes).

Linzi Clark: This Paisley singer-songwriter has been building her legacy from a young age, soaking up inspiration from the people and places around her. Having already made an indelible impact on the Scottish music scene as one of half electro-pop duo DRIFT, the singer is ushering in an auspicious new chapter of her musical story with the announcement of new solo material. Bringing her own unique individual talents to the forefront once and for all, the new project presents her in an entirely different light – pairing her deep, soulful vocals with striking arrangements that balance the rich storytelling tradition of artists like Julia Jacklin, Regina Spektor and Kate Bush with modern Americana hues. £12 on the door

Delighted to see The M65’s back for another free Saturday afternoon show from 2pm, a great way to start your day.

Tomorrow night is two bands for the price of one. Simple Minded and Deacon Blues are doing a double header. The last gig at The Bungalow was fantastic due to the band’s ability to capture the sound and energy that Simple Minds and Deacon Blue produced during their heyday. Tickets on the door are £10.

The Open Stage Session starts at 2pm on Sunday and is open to all ages and styles of music. (Free entry) Introducing Nights continue on Thursday with The Loners, Triplejack and the Pontangz. Tickets are £5/£3 students. Doors at 7pm and first act on at 8pm,

There are no live events at Rocknrollas this weekend. The venue is getting a new light rig installed. This is on the back of a new front of house speaker system. I cant wait to see the finished stage when it is all finished.. Meanwhile check out their gigs coming soon on their Facebook

At The Cave this weekend is: 6pm The State Blues Band and at 9pm North to Abilene then on Sunday at 6pm it is The P90s. The Anchor has a doubler on this weekend. One of Paisley’s longest running bands, the very popular Blind Panik are back in Paisley again and they kick off at 4.30m tomorrow then on Sunday at the same time it is the turn of Graceland. This week’s Sunday Sesh at Kennedy’s will be hosted by Widcard from 3pm. The Keg’s weekend of live music starts tonight with Mike Edwards at 9pm and tomorrow night at the same time it is Canyon.

Open Mic Nights next week are Dunky Hunter at the Abbey from 8pm, Stevie D at Gantry from 9pm, Johnny Barr at The Keg on Wednesday from 8.30pm. For information on live music at The Old Swan check their Facebook for details.