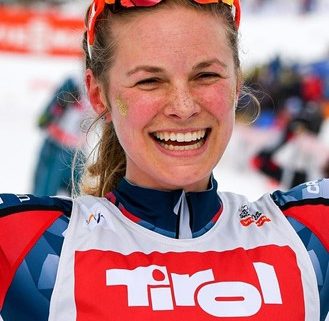 The 2022 Winter Olympics are underway! Over the next couple of weeks, the best athletes in winter sports will be giving their utmost to get hold of the gold medal.

Traditionally, European countries like Sweden, Norway, and Germany usually win the most medals at the Winter Games. However, this year, we are seeing athletes from other parts of the world dominate the competition.

The host country of the games is expected to win in several disciplines, as well as Japan, the United States, Canada, and others.

Those athletes are the ones we’re going to focus on now.

Four years ago at the 2018 Pyeongchang Olympics, cross-country skiing was supposed to be an event dominated by skiers from Norway and Sweden. However, one American stole the show.

The skier in question is Jessie Diggings who ended up winning the first-ever gold medal in cross-country skiing for the United States. Can she win it for the second time? She surely needs to be thought of as one of the top contenders.

Ayumu Hirano is the youngest medalist in snowboarding history who won the silver medal at the 2014 Olympics at the age of 15. Four years later, while still in his teens, Hirano got hold of his second Olympic medal. Same story again, he won another silver.

Apart from competing in winter sports, Hirano also took part in the Summer Olympics last year. At the 2021 Tokyo Olympics, he represented Japan in skateboarding. He didn’t achieve much there, but Hirano now has a very good chance to add another medal to his collection.

At the 2022 Winter Olympics, he’s back to snowboarding and this time, he’s favored to win gold. No surprise there as Hirano started the year in top gear, winning the World Cup on January 15.

Another Japanese athlete who mustn’t be underestimated is Yuzuru Hanyu. Now a 27-year-old, he’s one of the most successful Japanese athletes in men’s figure skating. The Games held in Beijing are going to be his third Olympics. Previously, he competed in the 2014 Games in Sochi, as well as the Games in Pyeongchang in 2018, winning gold each time.

Can Hanyu win the gold medal for the third consecutive time? He definitely needs to be thought of as a contender, knowing that just a couple of weeks ago, we saw his winning score of 322.36 points at the Japan Figure Skating Championships, one of the best records of his career.

Here is one of the athletes who is expected to win medals for the host nation. Even though she was born and raised in California, Eileen Gu decided to represent her mom’s homeland, China. Although only 18, Gu is one of the contenders in all three disciplines she’s taking part in – big air, slopestyle, and halfpipe.

Should we expect to see her win the gold medal in Beijing? It‘s not going to be easy as the competition is super-tough this year, with a Japanese skater – Nao Kodaira – being favored by many. The reason? She was the one who won gold four years ago, thus becoming the first Japanese athlete to win this event.

Officially, Russia isn’t taking a part in the Olympics after being banned by the organization for violating doping rules. However, this doesn’t mean Russian athletes are barred from competing in the Beijing Olympics. They are taking part in the Games under the banner of the Russian Olympic Committee (ROC).

One of the disciplines in which the ROC is expected to dominate is ice hockey. This goes especially for the ROC men’s team, which consists of many players who already have a gold medal in their collection. This team won gold after defeating Germany in the final.

Four years ago, the Olympics took place in their native country, but this time, the ROC hockey team is playing on the road. Is that going to affect them? Probably not as the competition isn’t as fierce as it was in Sochi. This time, a number of NHL stars (particularly those playing for the US and Canada) are not taking part in the Games. What this means is that the Russians should have an easy job retaining the gold medal.

Hope you enjoyed reading about our top picks for Olympic wins!