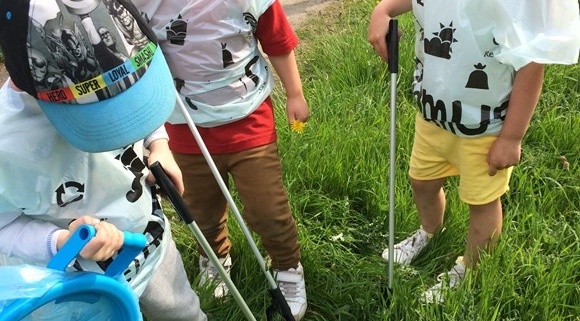 Young people are being inspired to look after where they live and Team Up to Clean Up as Renfrewshire Council’s award-winning campaign visits local primary schools. 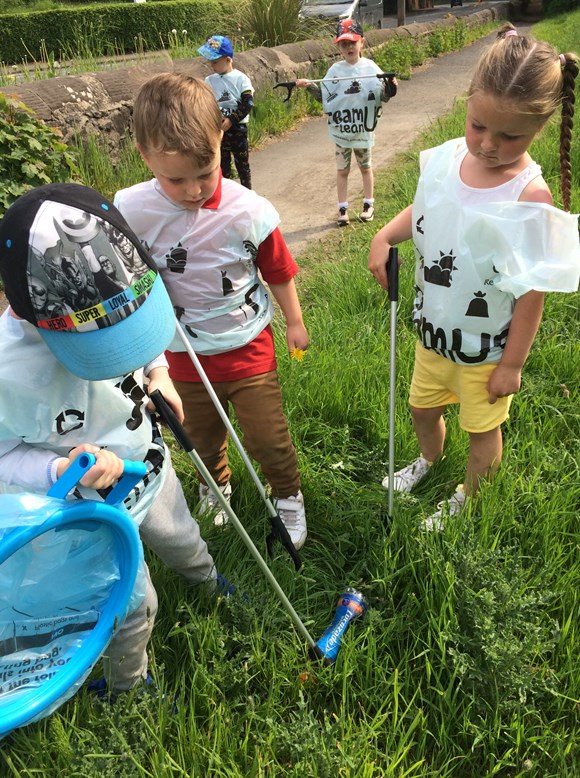 As part of the area’s support for Keep Scotland Beautiful’s Summer Clean, 21 workshops have been carried out asking young people what they know about littering, why they shouldn’t do it and how they can become involved in the campaign.

It aims to inspire the next generation to be aware of their local environment and do all they can to stop littering in Renfrewshire and beyond.

Emma McCrystal, Senior Community Safety Officer, said: “It’s been fantastic to visit local schools and see how enthusiastic our young people are to save the environment.

“We want to make sure they know why littering is a bad thing and let them lead from the front as they grow up.

“Littering isn’t acceptable and we want them to inspire each other to make our world a better, cleaner place in the future.”

Local volunteers from the campaign have been taking part in the Summer Clean 2021 which aims to litter pick a million miles across the UK this year and Renfrewshire volunteers have helped them surpass this target already.

More than 250 litter picks have taken place in Renfrewshire since the campaign started on 28 May which has converted to almost 60,000 miles.

Councillor Cathy McEwan, Convener of Renfrewshire Council’s Infrastructure, Land and Environment Policy Board, said: “Young people are going to make the difference in years to come and we want them to realise from an early age that littering shouldn’t be acceptable.

“Our campaign works closely with the local community to support their litter picking, but we want to educate our next generation too as to why we hope it won’t be needed in the future.

“At the moment though, it’s incredible to see how committed our local volunteers are and more than 200 litter picks already is amazing and I’m glad I’ve been a part of that.

“Yet again, I want to say thank you to all who make this campaign so successful and are making Renfrewshire a better place to live, work and visit.”

Team Up to Clean Up is a joint campaign which sees the Council support the community with litter pickers, bags and collection of the rubbish from litter picks, as well as an increased road sweeping and gully clearing programme and support to tackle fly tipping and dog fouling in the area.

The campaign has previously involved young people by creating a children’s book called ‘The Clumps’ Big Mess’ which was given to every primary school child in Renfrewshire and focused on the difference littering can make to the environment.

Presentations have also previously been given to secondary schools and more are planned for the coming year to ensure they recognise the part they can play in keeping their local area clean.

Glasgow News? Daily Updates part of our network
How to make sure you get the most from your holiday in Scotland