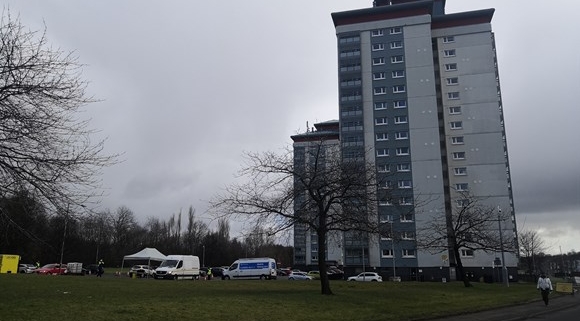 Residents of Gallowhill in Paisley have been thanked as the results of a one-week community testing blitz designed to help drive down rates of Covid19 in the area are revealed. 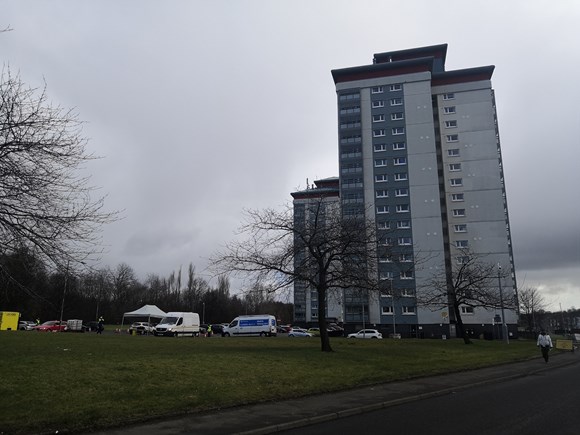 A mobile testing unit was sited in the area’s Montgomery Road for one week from Wednesday 25 February, and all residents of the area without symptoms of the virus invited to come along.

Testing was carried out by the Scottish Ambulance Service, supported by Renfrewshire Council, and the results were as follows:

And local ward member and deputy leader of Renfrewshire Council Jim Paterson said: “Our thanks go out to all residents of Gallowhill who came along to get a test – by doing so they helped protect their loved ones and community.

“We were very pleased with the turnout – which compares well to other sites in other areas of the country – and which shows the community spirit I already knew existed in the area.

“Sadly Gallowhill has had stubbornly-high rates of Covid19 in recent weeks – so we brought the mobile test unit here to help drive those down.

“Not everyone who has Covid19 shows symptoms and the fact the testing caught 12 people who could have been passing it on to those around them without knowing made it worthwhile.

“Overall, the team running it learned some very valuable lessons which will help them roll out more community testing in other parts of Renfrewshire in the weeks ahead.”

The Gallowhill site was promoted to local residents who were asymptomatic – but as it was open for anyone to book on the UK Government’s website, it was also used by a large number of people with symptoms for whom this will have been the closest site.

The test in use was the PCR test, which is seen as the gold-standard of tests and requires laboratory analysis, and is the same test used at the large government-run sites, such as at Glasgow Airport.

Do you want to study at UK Medical schools? Learn how to beat the UCAT test
Scroll to top