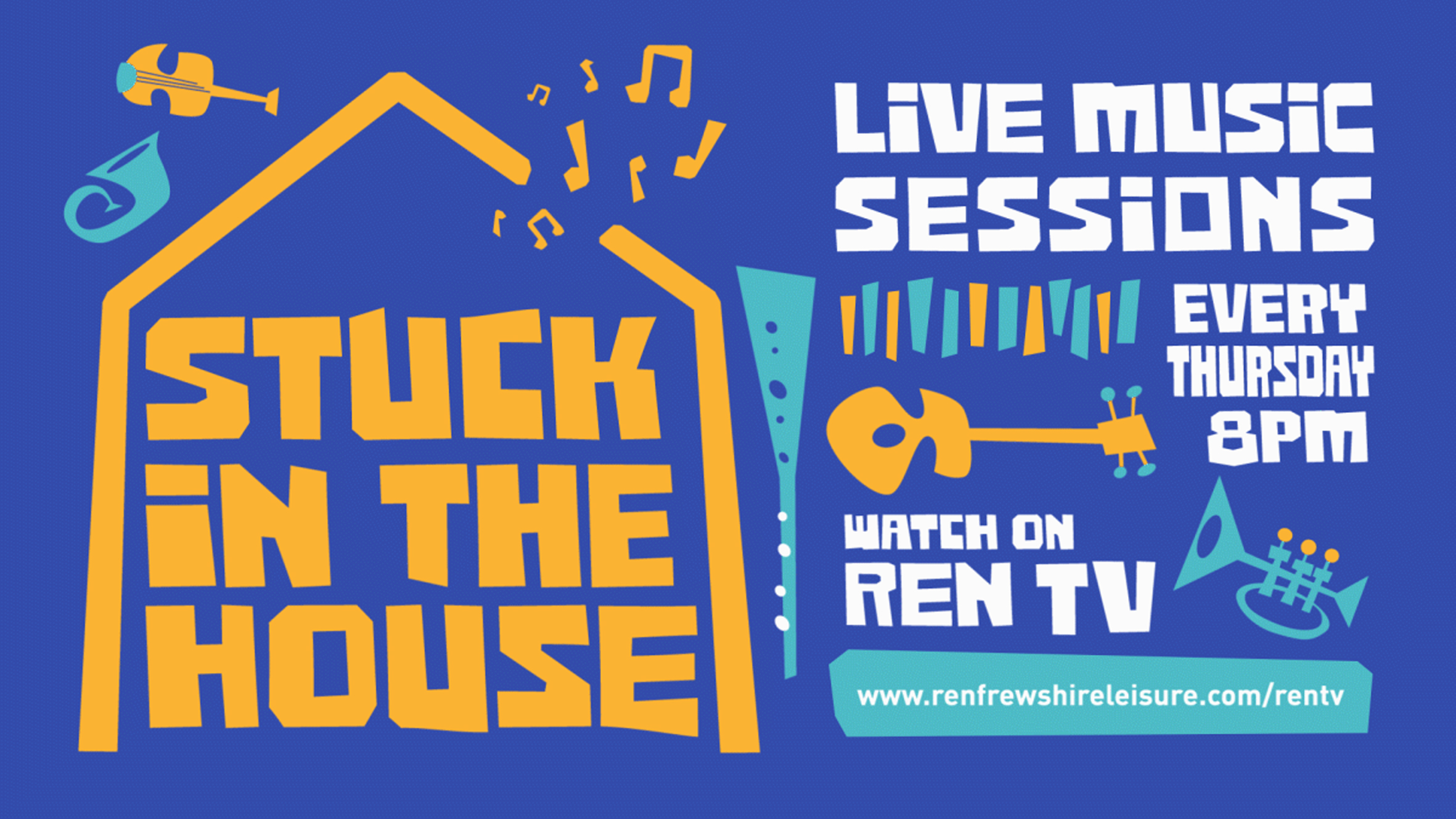 RENFREWSHIRE Leisure is staging a fantastic array of entertainment, creative events and masterclasses in the coming months. 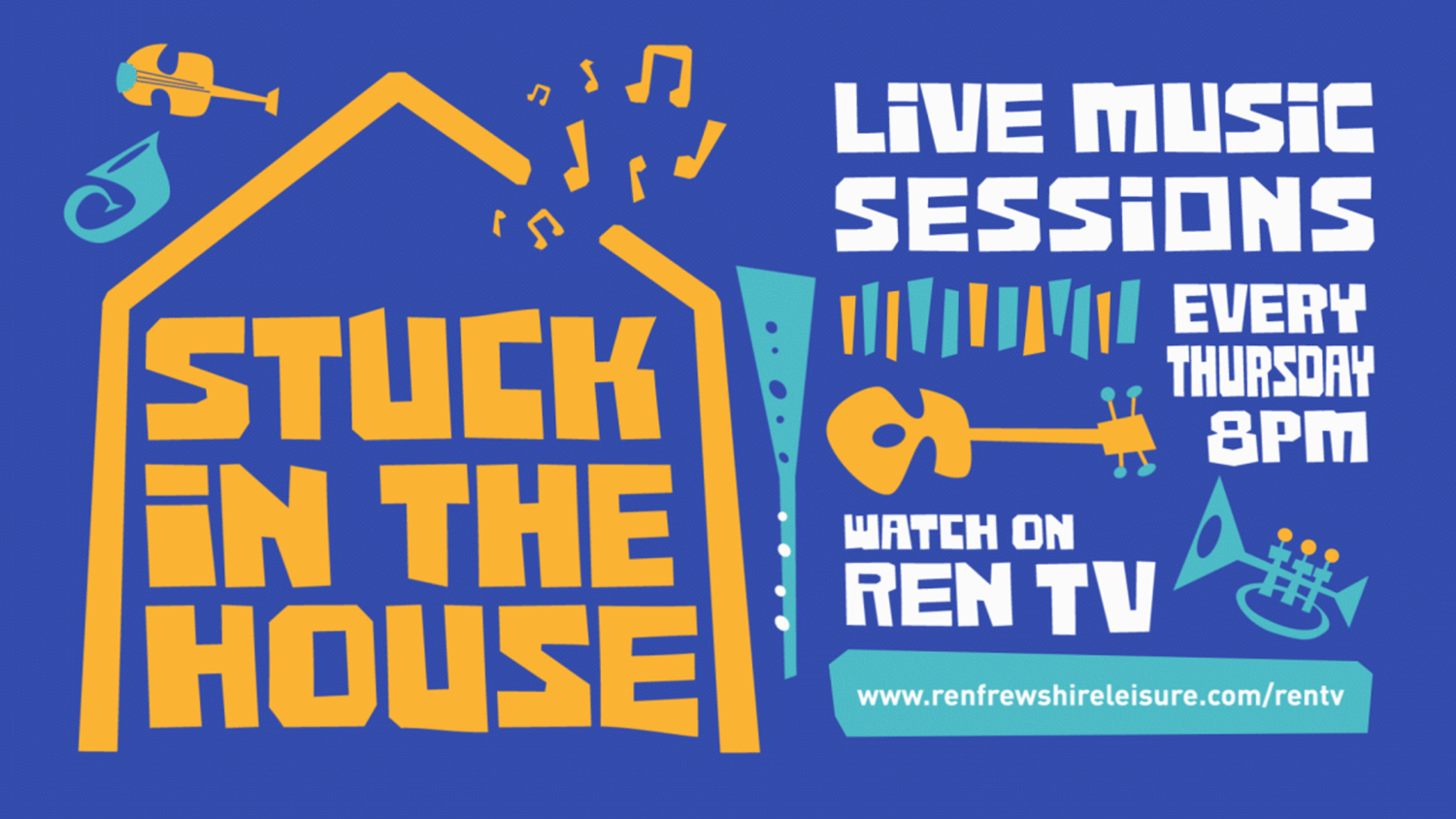 Music fans can tune into the Ren TV online channel to hear artists and bands perform in the Stuck In The House Sessions. During February and in conjunction with the Sofar Sounds Glasgow online artists community, performers will include Ghanian-born songwriter and guitarist, Nathan Somevi and Paisley-based singer-songwriter and multi-instrumentalist, Becca Starr, with other artists to be confirmed.

The Scottish Alternative Music Awards (SAMA) move their annual Paisley Takeover at Paisley Arts Centre to an online virtual music experience. This year’s programme includes four performances from Scottish artists that were filmed at home and will be broadcast on Ren TV each Thursday, during March, at 8pm.

There are two premieres planned for February 24 and March 3 featuring Laura Fisher and Sonia Kilmann. By visiting Ren TV listeners can hear Going In-Going Out, which is an audio performance and shared dance event for people to take part in while in their own homes. During the performance they will be gently guided through movement and relaxation.

A companion broadcast is called Going Out-Going In, which is an audio performance designed to be listened to through headphones, which takes the listener on a journey through their local area to a music soundtrack.

Alongside the digital programme, an outdoor visual arts project – Talk of the Town – will feature on a billboard outside the main entrance to Paisley’s Gilmour Street Station with three specially commissioned pieces of writing from Renfrewshire-based artists on display between February 22 to April 6.

The first piece is Roddy Scott’s Sma’ Shot Reel; the second is from David Rae, whose words draw on the romance of meeting and parting at the station and the third in the series is from Kick The Door Theatre t whose piece asks – with that all behind us, what next?

It’s the first time this latest selection of films, from Paul Russell, Alex Cathcart and members of the Renfrewshire Camcorder Club, will be seen in digital format.

While Paisley Arts Centre remains closed, Renfrewshire Leisure’s Arts team will be delivering a series of free online creative learning workshops with something for everyone from storytelling for under-5s to dancing for the over-60s.

The team has produced an online programme of free masterclasses to encourage artistic and creative excellence among Renfrewshire-based artists and will be delivered by artists such as outstanding musician, Rachel Sermanni and award winning filmmaker Kenny Glenaan

The Creative learning workshops and masterclasses are supported by Creative Scotland’s Performing Arts Venue Relief Fund, supporting artists to continue to make work and reach audiences during the Covid pandemic.

Renfrewshire Leisure Arts Manager, Rikki Payne said: “Our arts venues may be closed due to the coronavirus restriction, but we’re making sure everyone can still access arts and culture through our online channels.

“Most of the programming for our Out of Place programme is specifically designed by Renfrewshire Leisure, so we can deliver unique and high-quality arts, culture and creative activities to the people of Renfrewshire and beyond.”

The Out of Place events are made possible with the support of Future Paisley. Future Paisley is the radical and wide-ranging programme of events, activity and investment using the town’s unique and internationally-significant cultural stories to transform its future.

Go to www.renfrewshireleisure.com/out-of-place-spring-programme for full details of how you can access the Out of Place programme.

Glasgow News? Daily Updates part of our network
The Benefits Of iPad Rental for Business Events