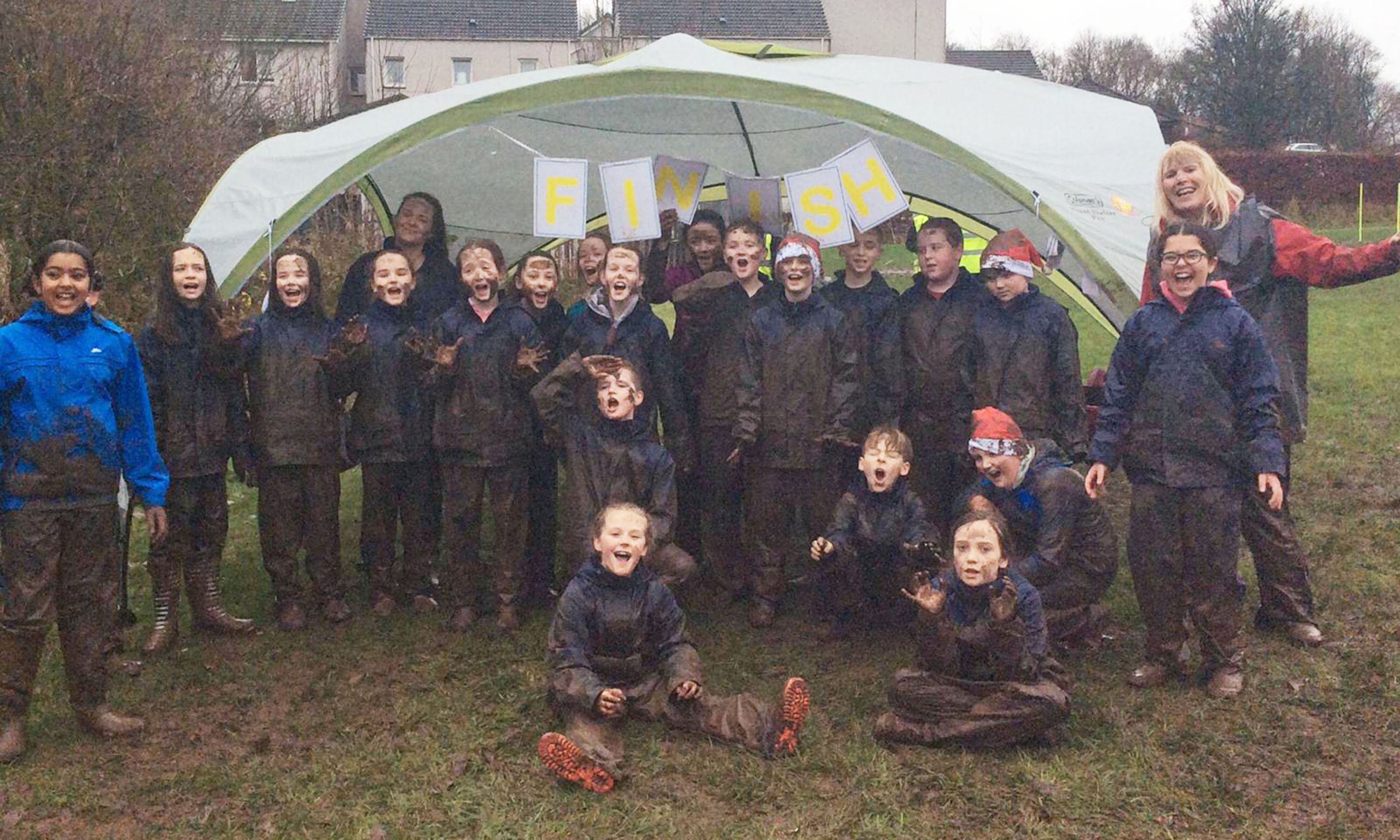 Youngsters were encouraged to muck about during their last few days at school before the holidays. 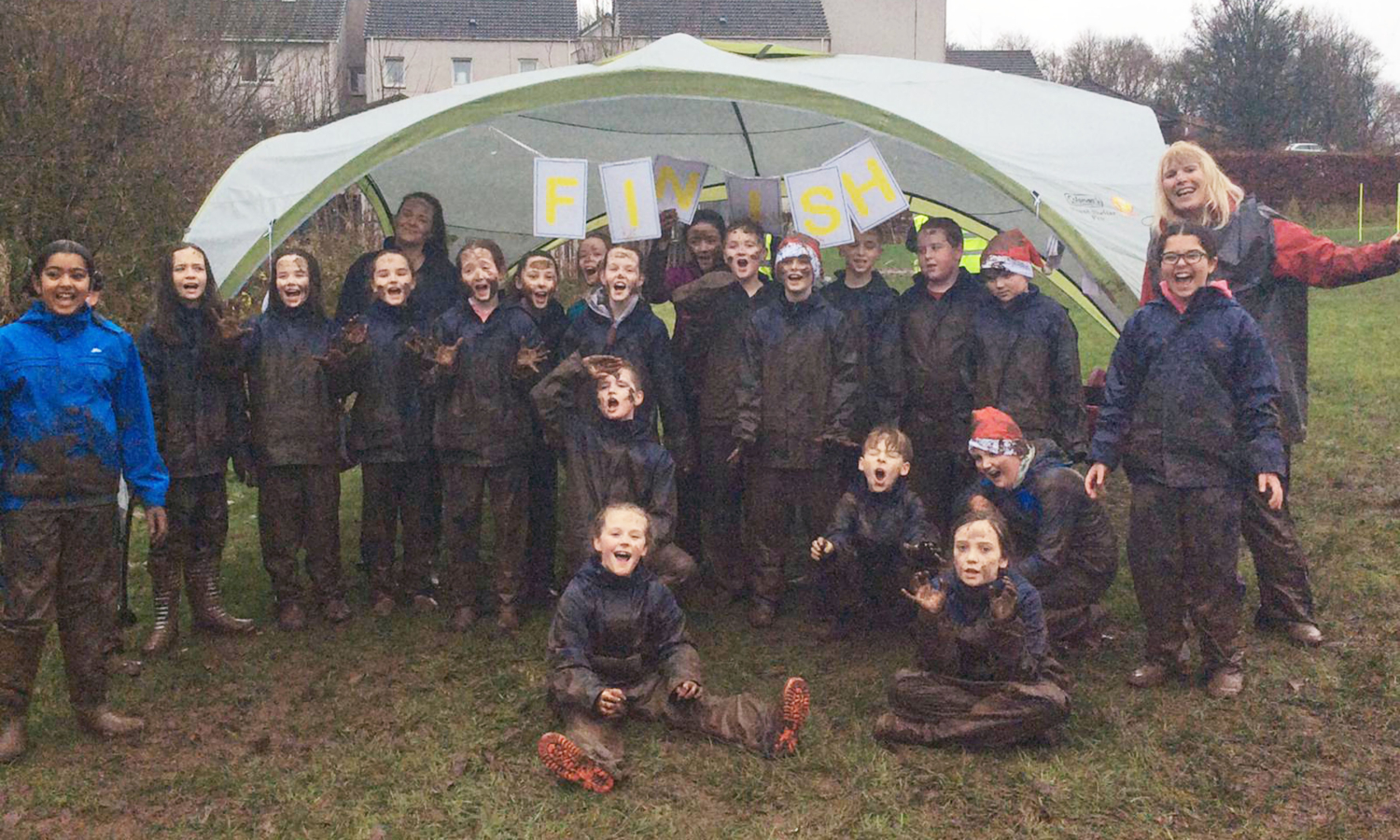 Although Covid-19 put paid to their annual Christmas party, pupils from Rashielea Primary 4-7 were given the chance to take part in a fun Rough Mudder assault course, organised by Renfrewshire Leisure’s Active Schools team. 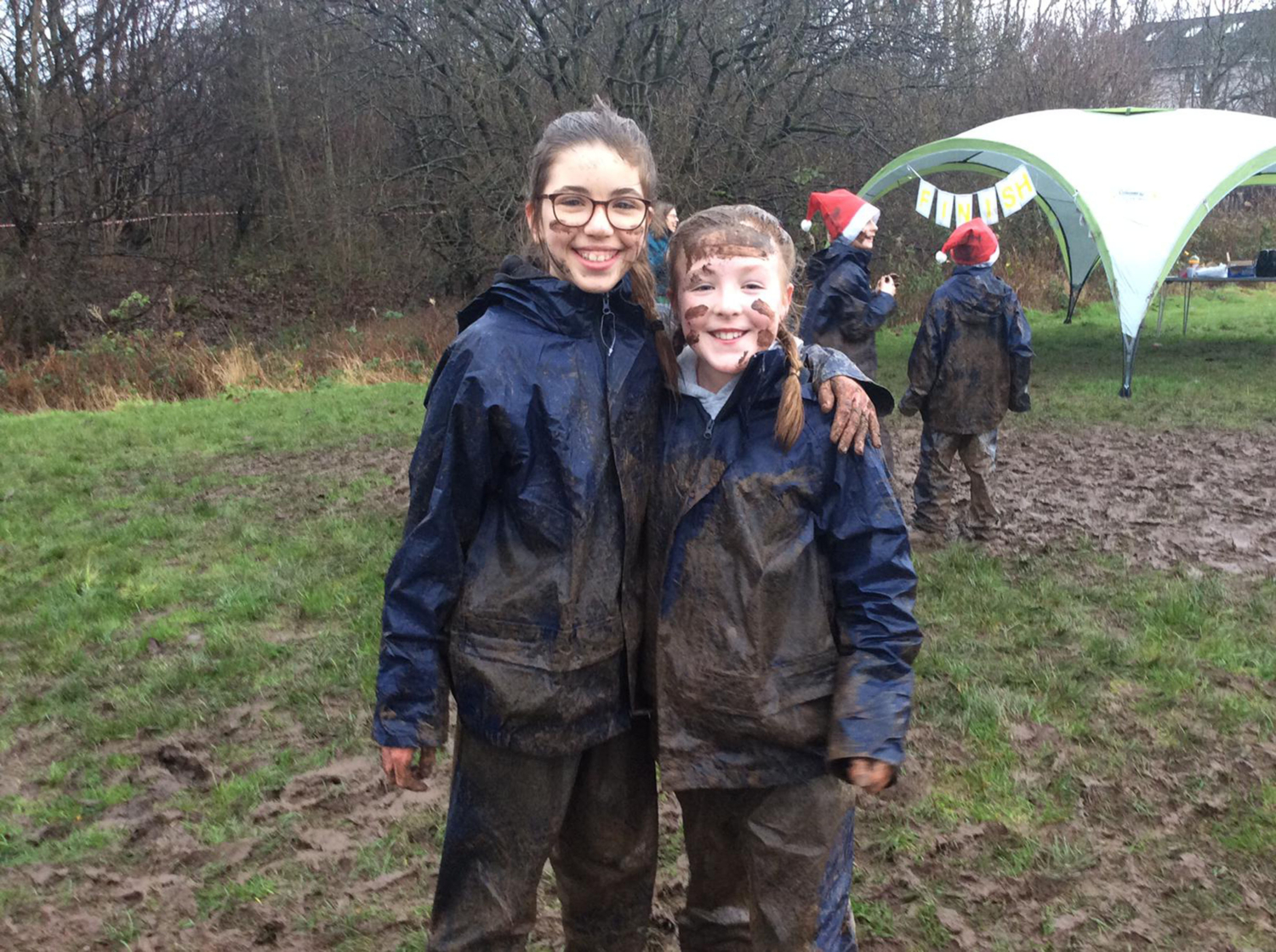 The Rashie Rough Mudder event saw youngsters don their waterproof clothing – funded by the school’s Parents’ Association – and start their messy journey at the bottom of a hill outside their school. 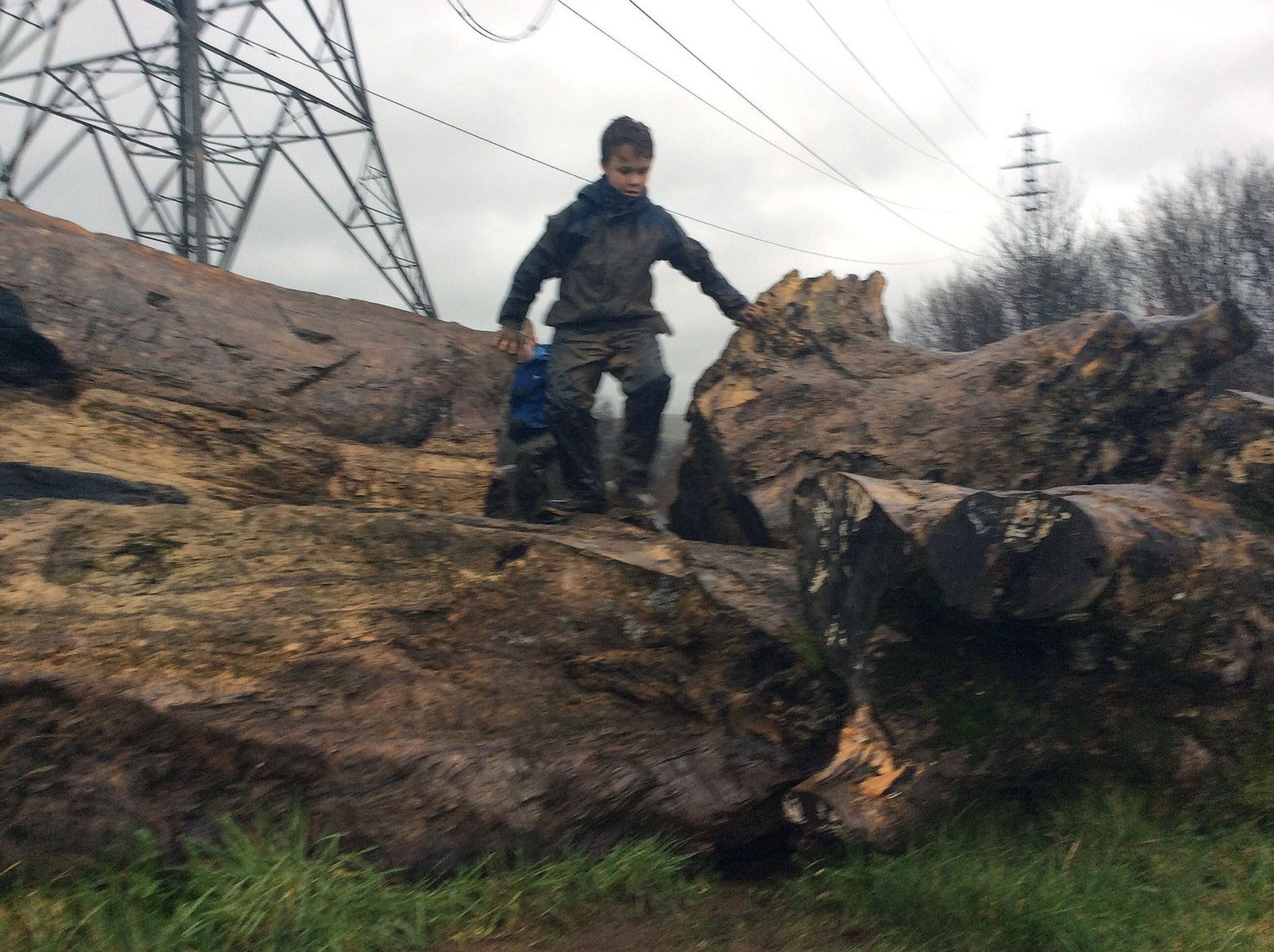 They clambered over logs; weaved through obstacles; jumped in and out of giant tractor tyres, donated by the Hamilton Ross Group; rolled on their stomachs over barrels; crawled under a parachute and slalomed on a space hopper. 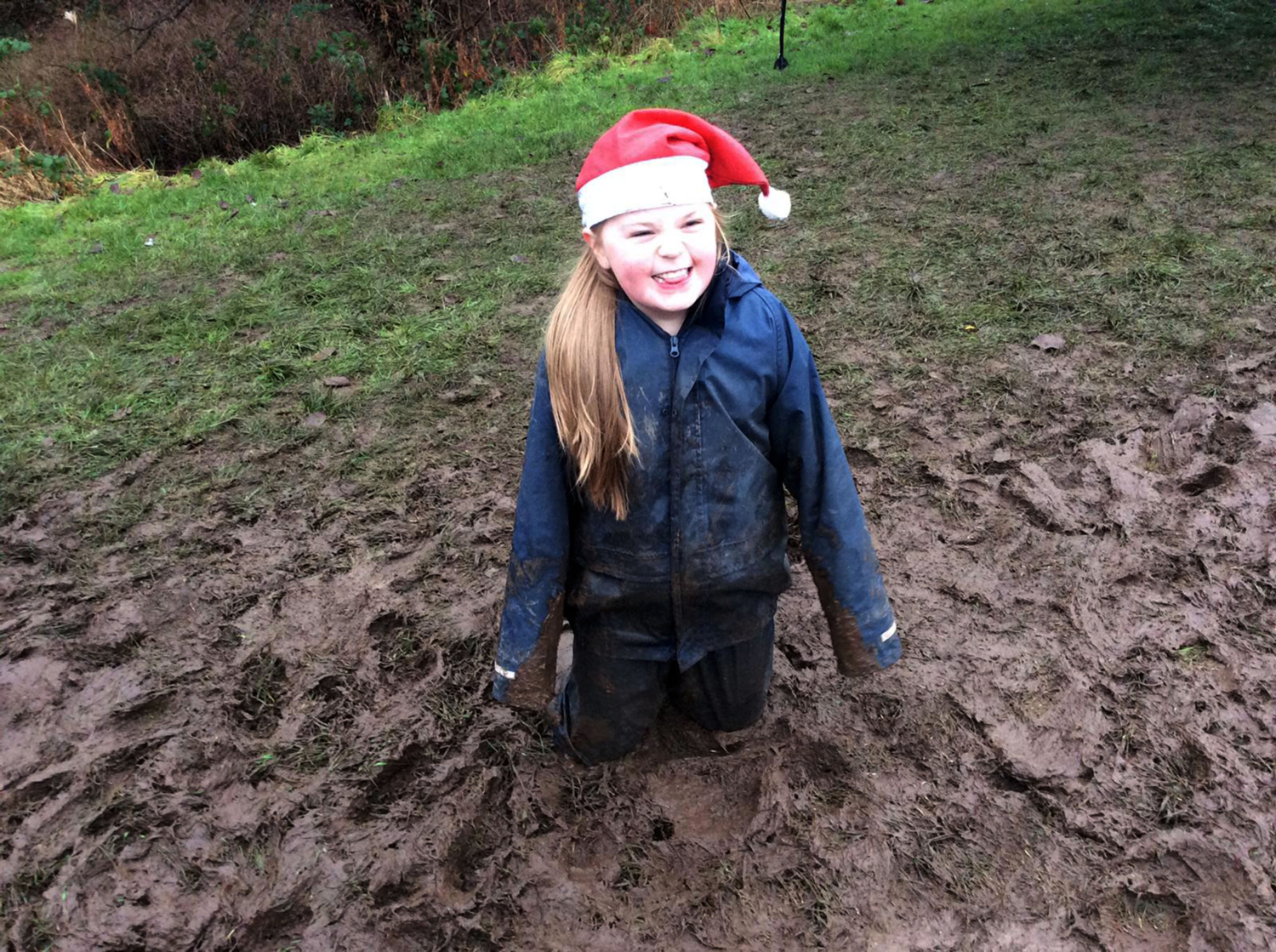 As part of their work that led to being given the John Muir Award for improving the environment, Rashielea Primary 6 pupils had cleared a nearby wood and part of the Rough Mudder course included passing through this area and finishing on a mudslide.

Renfrewshire Leisure Active School and Community Club Development Officer, Tammy Johnston said: “We didn’t want the pupils to miss out a last day of fun before breaking up for the Christmas holidays.

“The children weren’t afraid to get muddy and were more than up for a day of messy fun. As soon as they had their waterproofs on they tackled the course with great gusto.”

School staff and volunteers from the nearby Park Mains High were also on hand to help direct the children through the course.

It had been a busy school term for the pupils at Rashielea, as they took part in a reverse Advent Calendar with each pupil bringing in an item for each day for donation to local food banks.

Pupils from Primary 1-3 used technology to transport themselves to Bethlehem for a Christmas carol concert with a difference. They used special green screen recording techniques to video their performance. However, because singing is still not allowed in schools due to Covid restrictions, they used Makaton to sign the words of the songs while accompanied by pupils playing instruments.

Simple, Yet Uncannily Elegant: How To Achieve Dreamy Wedding Photographs
Scroll to top