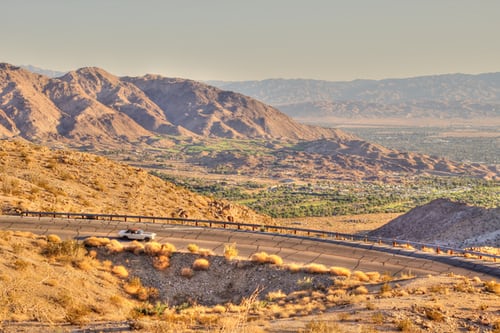 The world around us is full of wonders and marvels, especially when it comes to man-made sites that teach us about history, civilization, and culture. The best path to improve the future is to explore the past. Educational trips are important for students, teachers, and ordinary people alike, as they broaden mindsets, teach lessons that cannot be found in textbooks, enrich people’s lives, and most importantly, they are truly joyful and exhilarating. Whether you are planning for a school trip or just wanted to embark on a journey to the past, the options are endless. Here is a list of historical places to visit if you are planning for an educational trip.

One of the most iconic and mysterious monuments of the English heritage is Stonehenge, located in the county of Wiltshire. The enigmatic English monument consists of a circular structure of huge standing stones set in earthworks. It is in the middle of the most intricate Bronze Age and Neolithic monuments in England, together with numerous hundred burial grounds. Stonehenge had been presumably created between 3000-1500 BC, yet no record of its origin or purpose exists, resulting in different conjectures and myths. The mystery surrounding it certainly gets it a lot of visitors from around the world.

During World War II, the German occupation left an undeniable bloody imprint on this ostensibly fascinating city; the horrors of the Holocaust can clearly be noticed there. Yet, it is cited as one of Europe’s most stunning cities.

The Auschwitz concentration camp is also a poignant yet remarkable place to visit and honor the victims of the holocaust. Few remnants of WWII still stand across Europe with the same bleak and dreadful past as Auschwitz. This incarceration facility was turned into a death camp. But now, it has become an outstanding museum that honors the victims.  If you click here, you can see why these two places would be good destinations for a field trip. Between the wonders of Auschwitz-Birkenau State Museum, Schindler’s Factory, and more, a school trip from Krakow to Auschwitz will surely teach your students a lot about WWII

How extraordinary it is to stand where Caesar used to walk and spectate the glorious battles of gladiators! Not to mention, the public executions, wild beast hunts, and chariot races that took place there. The Roman Colosseum is undoubtedly one of the most famous landmarks in Italy. This impressive eternal construction was built more than 2,000 years ago as a gift to the Romans by Emperor Vespasian. The striking design of the auditorium made it possible for around 55,000 people to be seated according to their ranks. Back in 2007, it was voted as one of the Seven Wonders of the Modern World, so it is definitely worth the visit.

Although they have been restored in recent years, the well-known ruins of this Mayan city are from the most visited archaeological sites in Mexico. Commissioned by the Mayan people, Chichén Itzá city is not only well-maintained, but it also comprises a captivating combination of various styles from all the Maya regions of ancient Mexico. It is known for its legendary ritual named the Cult of Cenote, a ritual involving human sacrifice to the God of rain. This enriches the religious knowledge of visitors and a good destination to cross off the bucket list.

The Pyramids of Giza, Egypt

More than 3,000 years ago, the Egyptians have showcased their prowess in engineering and built the most iconic Pharaonic tombs of all time! To add to such finesse, the radiant architecture did not stop at the three glorious pyramids, but it also extended to their famous guardian: The Sphinx. These astounding monuments are considered the single surviving member of the Seven Wonders of the Ancient World. 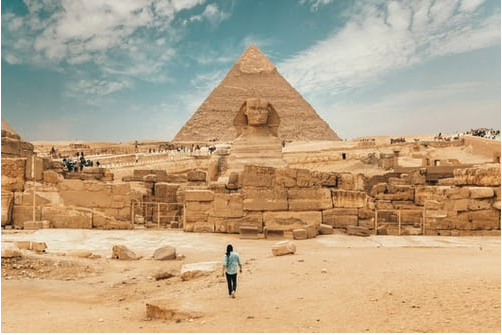 What is a better way to learn about the undying love of Emperor Shah Jahan to his deceased wife than to visit the beautiful ivory-white marble tomb built for her? Besides, it is a great opportunity to marvel at the architecture of a breathtaking work of art that took 17 years to complete. It is an aesthetically pleasing instance of Mughal architecture, as well as an intermingling of Persian, Ottoman Turkish, Islamic, and Indian styles. This is certainly a combined lesson of culture, love, and architecture.

The stories of the past plant the seeds of the future, and they also educate us about many things in life. Visiting historical places is like entering a time machine, where you can know more about various, old civilizations, marvel at breathtaking monuments, and get to learn about other peoples’ fascinating beliefs. All you need to do is pick a destination, pack your bags, and start a fruitful adventure.

How You Travel Will Never Return To ‘Normal’ – Here’s...
Scroll to top
Go to mobile version