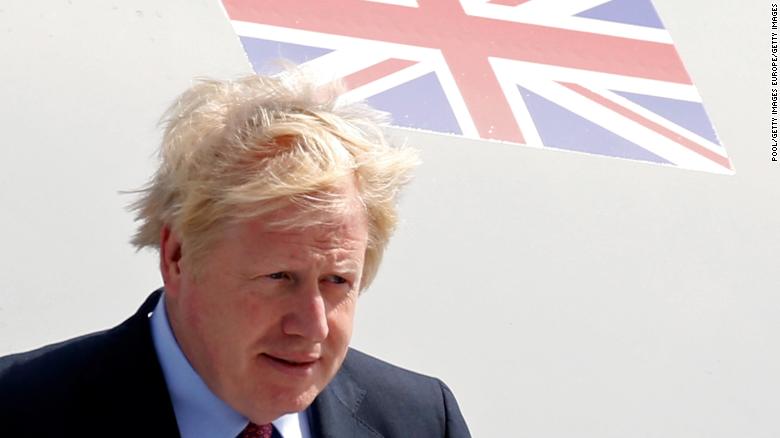 Since Boris Johnson took over from Theresa May as prime minister, there have been a number of ‘tax and spend’ commitments that he has announced. Some Westminster observers have already detected some minor push back on some of Johnson’s ideas from HM Treasury, now in the hands of the former Home Secretary Sajid Javid. Given that the new administration is yet to fully cost all of the ideas the new PM has come up with, some think that Javid is likely to have his work cut out by the time he has to finalise all of the figures in his first budget. And yet, Johnson – who appears to be setting the government on a footing that looks increasingly like a general election is coming – continues to operate in a manner designed to win votes, including his ideas for revitalising the UK’s property market.

It may be easy to understand why Johnson is running his premiership in a way that feels like an election is underway already. With the overarching issue of leaving the European Union hanging over the government – the central plank of his leadership campaign was to deliver Brexit by the end of October, ‘do or die’, after all – he may have an election forced upon him even though he has stated repeatedly that he does not want one. The new PM has already pledged to raise the threshold at which income tax is paid at the higher rate from £50,000 to £80,000 and proposed a similar rise in the level at which National Insurance Contributions are made, for example. However, he hasn’t stopped there and Johnson’s plans for stamp duty could also have a significant impact on those who have investments in the property market in the UK, too.

In fact, it was long before he became PM, that Johnson said an economically stimulating budget would be needed in 2019 – something that would aim to breathe new life into the housing market. While he was in the hustings for the leadership of the Conservative Party, he said that he would ‘make significant cuts’ to property tax in order to revive the growth of house prices which have stagnated somewhat over the last couple of years in some areas.

Of course, a pledge or an aspiration that is made in the heat of a leadership election campaign may not turn out to be government policy when in office. Many a prime minister has seen their plans thwarted by a more fiscally prudent Treasury team over the years, after all. That said, the question many professionals in the property market are genuinely asking themselves is whether or not the government will honour his promise to lower stamp duty land tax – or SDLT – as it is officially known.

At the moment, only homes that come with a price tag below £125,000 are not subject to any form of SDLT. The only exception comes for first time buyers who are allowed to purchase a home that is free from the tax so long as it is priced under a £300,000. During his election campaign, Johnson said that he wanted to stimulate the upper echelons of the housing market by bringing down Osbourne’s SDLT rates on residences valued over the £1.5 million by lowering the stamp duty rate from 12 per cent (where it remained under Philip Hammond) to a much more affordable seven per cent.

However, Johnson did not leave his plans for overhauling stamp duty there. He also said that he wanted to raise the thresholds for all types of stamp duty from their current position to £500,000. Given that the country’s average property price currently stands a little over £243,000, this would make a big difference to the average house buyer, whether they are new to the market or selling up and moving.

Some press reports have said that Johnson’s idea has not been properly funded because there would be an obvious hit to Treasury receipts if the policy he suggested were to be enacted in a budget. The Institute for Fiscal Studies (IFS), for example, said that the income the government received on housing transactions below the proposed threshold of £500,000 over the course of the last financial year was £3.8 billion. The IFS went on to say that the drop in tax receipts to the Treasury of the policy would be slightly higher if it was rolled out because of the number of residences that are worth just over £500,000 would have asking prices just below the threshold to avoid the tax. That said, if the policy stimulates the market, then more houses will end up being worth more than half a million pounds in time so it is not yet clear how successful the plans might be.

Johnson has already indicated that an emergency budget may be required in the autumn in order to prepare the UK’s economy for Brexit. Whether that is put together prior to a managed departure from the EU or as a result of a so-called no-deal scenario in November remains anyone’s guess. Indeed, whether the SDLT thresholds and rates will be changed significantly is also a matter of speculation at the moment for much the same political reason. However, it is clear from Johnson’s rhetoric where is fiscal instincts lie.