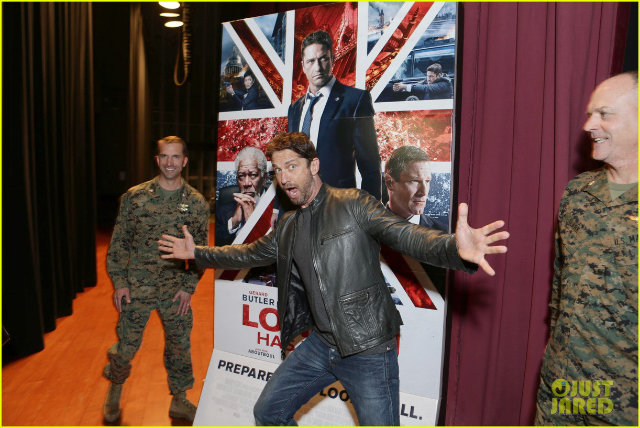 An out of the spotlight, quiet actor, Gerard Butler does not seek popularity through his fame but values ​his privacy. Let’s just say, Gerard Butler is a quiet rock star, who can get wild. Throughout his life, he has taken very different paths and, when he got on to the big screen, he poured this versatility into the various roles he played. As we approach his 50th birthday, here are ten interesting facts about Mr Butler’s life.

Butler Rocked it out in a Band

He was the singer of Speed, a Scottish band. Despite the anonymity of this band, it is certainly this experience which helped him in his musical roles, in films like PS: I Love You and The Phantom of the Opera (2004). More than 140 million people worldwide witnessed the musical spectacle – The Phantom of the Opera. In 2017, with Gerard Butler in the lead role, The Phantom of the Opera was brought back and again enjoyed by millions of fans when it was released by Microgaming, which fans can find in this popular 888 casino review for the UK.

The Scottish Origins of Gerard Butler

Gerard James Butler was born November 13, 1969, as you may already know, in our beloved Paisley, Scotland. The youngest of three brothers, at six months of age, he moved briefly to Montréal, Canada and then returned to Scotland with his mother after his parents divorced. From a young age, he was passionate about cinema, but he was put off from his family and undertook legal studies.

A Qualified Solicitor Through the University of Glasgow

Despite a party spirit and inconstancy in his studies, he was admitted to the University of Glasgow to study law. During this time, he became the president of the University Legal Society. Not only did he complete his studies, but he did so with great success, earning a degree with honours.

Problems with the Law

His worldly spirit led him to have problems with the law, which declined in two very different ways. First, Butler was arrested multiple times because of his wild parties. He remembers very well how he was even handcuffed together with eight other blokes. Secondly, his problems turned against his career. Butler was hired by a law firm but was dismissed because of his behaviour during the Edinburgh Festival.

The passion for acting had never left Gerard Butler, but after the failure of his career as a lawyer, he was finally ready to jump on his dream. At the age of 30 he moved to Los Angeles and there, after two years of minor work, he got his first role as a professional actor for Mrs Brown and 007: Tomorrow Never Dies. The roles that earned him fame, however, came later with Dracula 2000 and the and the miniseries – Attila, which he played lead actor.

Butler’s physical prowess has always helped him with his roles. From vampire to a surfer, he never refused to play roles where a great body was needed. But probably his most physically demanding role was in 300 by Zack Snyder, in which he played King Leonidas of Sparta. On the film set, Butler’s physical prowess was necessary to make the mythical power of Leonidas’ warrior image. Butler spent the months prior to the beginning (and during) the filming of 300, doing physical exercises to turn into a Spartan king, and strictly followed the Ketogenic diet eating Pruvit Keto Os daily.

On December 18, 2011, Butler was in danger of dying due to an accident during the filming of Chasing Mavericks, in California. While shooting a scene at sea, a wave hit him and threw him onto the rocks. Fortunately, a jet ski pilot found him and took him to hospital.

Butler has done a couple of heroic actions in his life. He was handed a certificate of bravery by the Royal Humane Society of Scotland in 1997, after putting his own life at risk to pull a drowning child from a river. Also, he once crawled under a burning car with a fire extinguisher. Butler has always been involved in social work and is one of the actors to boycott the Saudi Arabian ‘Hunter Killer’ Premiere, due to the death of Jamal Khashoggi.

Glasvegas, Gruff Rhys, Hue and Cry and PP Arnold among headliners for Paisley’s...
Scroll to top
Go to mobile version