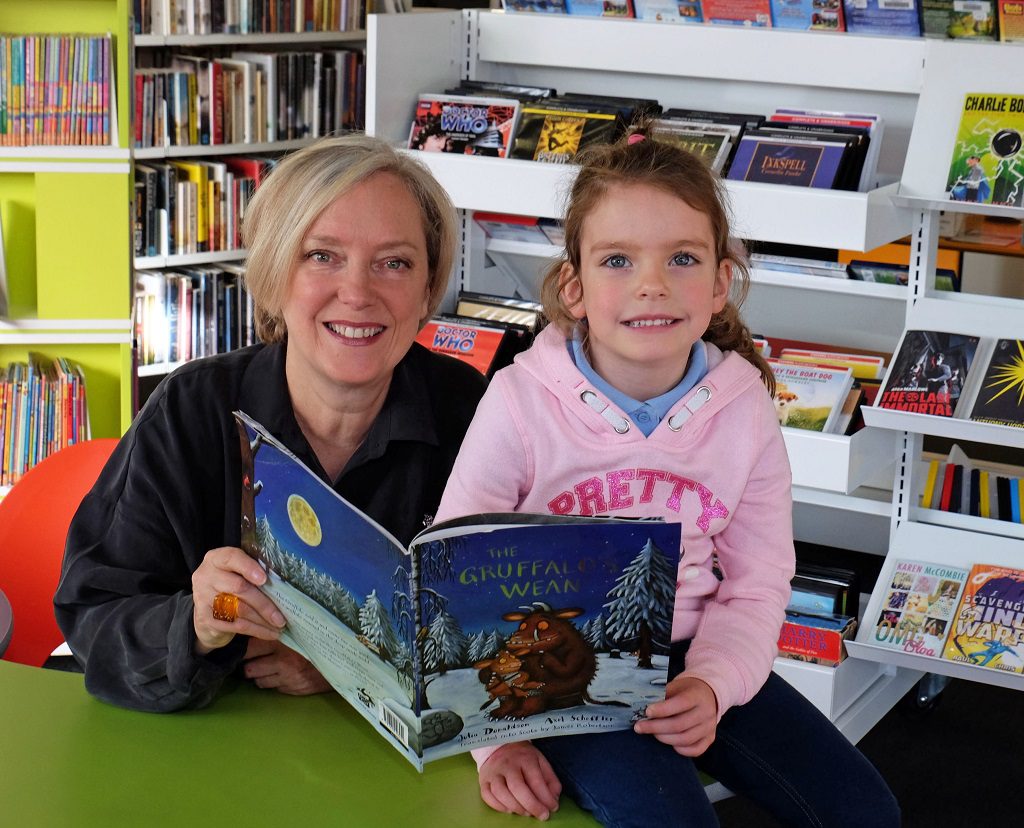 RADIO presenter Janice Forsyth prepared for her live show broadcast from Johnstone Library yesterday by having a story read to her by youngster, Millie Fox. Janice Forsyth and four-year-old Millie Fox before the live radio show was broadcast from Johnstone Library.

The four-year-old met up with the BBC Scotland presenter shortly before the Janice Forsyth Show went on air and Millie, from Corseford, in Johnstone just had to read Janice one of her favourite stories from The Gruffalo series of books.

When BBC Scotland producers were looking for a library to host the popular arts and culture show, Johnstone Library was recommended by theScottish Library and Information Council.

The Janice Forsyth Show was broadcast from a library as part of the BBC’s Love to Read campaign, which encourages people to read books.

Members of the Johnstone Book Group book group also took part in an on-air discussion about Ian Rankin’s book, Saints of the Shadow Bible and head teacher of St Anthony’s Primary, in Johnstone, Jacqueline McBurnie spoke about the work in schools to encourage children to read more.

The library remained open to the public and the event attracted a crowd of people listening to the show while the broadcast took place.

After the live broadcast Janice Forsyth said: “That was a terrific show today and it’s the first time we’ve broadcast live from a library.
“Johnstone Library is a real hive of activity and a community hub. The place is very colourful and welcoming.
” I was struck by the range of age groups of the people who were in the audience and who I could see coming in and out of the library. There were mums and babies, 20-somethings and some more mature people who we all listening intently to what was going on.”

Chief executive of Renfrewshire Leisure – which runs the local libraries service – Joyce McKellar said: “The Janice Forsyth Show being broadcast from our library created a lot of interest and we see it as an honour to have been chosen to host the live show.
“It was great that the good work being done by our libraries staff and local schools to encourage youngsters to read more being recognised nationally.”