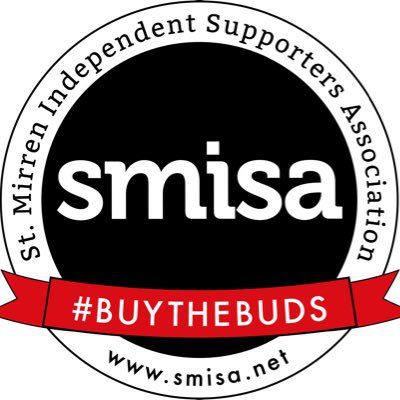 The bid to take St Mirren into the hands of its supporters has reached the half way stage, with 500 fans now having signed up.  SMiSA (St Mirren Independent Supporters Association) working in partnership with former Saints Director Gordon Scott are seeking to purchase the controlling stake in the club from the current consortium. The deal needs SMiSA to get 1000 fans to pledge £12 a month to #BuyTheBuds. If the deal goes through Gordon would become majority shareholder and chairman, and SMiSA would have a director on the club board and the option to buy Gordon’s shares and achieve majority fan ownership at some point in the future. Commenting, SMiSA chairman George Adam said: “Reaching 500 fans in just 3 weeks is a huge achievement and a great milestone in the #BuyTheBuds project. I would like to on behalf of the SMiSA board thank everyone who has so far signed up and to the hundreds of fans who have taken to social media and beyond showing support.  Now is the time to do this deal and it is our chance as fans to take our club forward. Fan ownership is becoming increasingly popular and fans across the country are looking to take their clubs into their supporters hands.  For only £12 a month, we can make fan ownership a reality at St Mirren.  The quicker we have 1000 people signed up, the quicker we can get the deal done.  If you have yet to sign up or are looking for more information, please go to www.smisa.net.”

There will be a further chance for fans to put their questions to the SMiSA board and Gordon Scott on Thursday 19th May at the hospitality suite in Paisley 2021 Stadium, kicking off at 7pm.  Following on from a successful meeting before the Hibs game, anyone still looking to ask questions or seeking additional information should feel free to come along.

Neil Arnott, supporter number 500 to sign up to #BuyTheBuds, made this comment when asked why he signed up: “I feel this is a good opportunity for the fans to have a say in how the club is run, to have control and secure the future of St Mirren Football Club.”