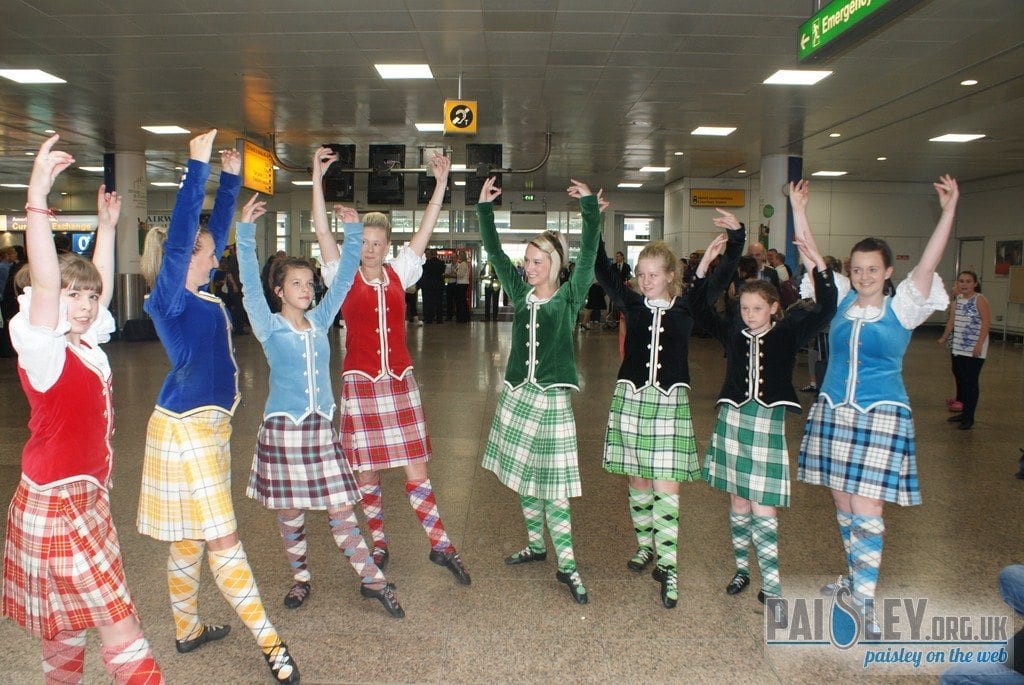 A dancing flashmob checked in at Glasgow Airport today (Monday 13 August) to launch a six week campaign which celebrates the best of Scottish food, drink, culture and entertainment.

More than one million passengers will pass through Glasgow Airport during the Best of Scotland campaign, which will showcase the best tastes, sights and sounds the country has to offer.

Today 26 young dancers from the Ballochleam Dance Troupe in Falkirk gave a short flashmob performance for passengers and staff in the terminal building to launch the campaign. The troupe is a member of the Scottish Official Highland Dancing Association (SOHDA).

Some of Scotland’s most iconic brands and successful exports including Irn Bru, Tunnocks, Mackie’s ice cream and Harris Tweed will be exhibiting in the airport over the coming weeks while a series of musical, theatrical and comedic performances create a carnival atmosphere in the terminal during one of the busiest periods of the year.

Amanda McMillan, managing director of Glasgow Airport, said: “Glasgow Airport is for many, their first and last impression of Scotland and our Best of Scotland campaign is a great way to celebrate Scottish produce and culture while also providing entertainment for our passengers.

“In addition to reminding Scots what is great about our country, the various events and live performances we have planned will hopefully make a real and lasting impression on the tens of thousands of people visiting Glasgow during August and September.

“It is also a fantastic opportunity to highlight the improvements we have been making to the airport over the course of the past 18 months, during which time we have invested millions of pounds in enhancing our retail facilities to deliver an improved service to our customers.”

In 2011, Glasgow Airport invested almost £12 million in capital projects designed to provide a better experience for passengers and a further £9 million is being spent this year on airside developments and further improvements to the fabric of the terminal.

All photographs taken by Tracey Clements for Paisley, photographs are copyright of www.paisley.org.uk