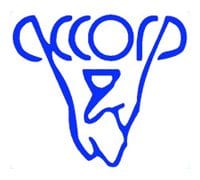 Renfrewshire’s Provost is predicting a huge boost for two local charities by bringing back a popular psychic night.

Provost Celia Lawson is inviting local residents to support her chosen charities for 2011, St Vincent’s Hospice and Accord Hospice, at the event on Monday 29 August by coming along to the event.

This will be the third fundraising psychic night hosted by the Provost, each of which have proved extremely popular.

Renfrewshire-based professional psychics, Second Sight, will be leading the event. Tickets are £20 for a two course meal and glass of wine as well as the main show. People can also book private readings on the night.

Provost Lawson said: “The psychic night is a great evening and always attracts a lot of interest. You never know what will be revealed on the night but one thing I’m sure of is that this is a great, fun way to raise funds for two extremely good causes. “Both St Vincent’s and Accord Hospice have provided wonderful care to many people over the years and I’m sure that many local residents have been touched by their support. It means a great deal to me in my role as Provost to be able to lead fundraising projects for local causes.”

Provost Lawson is hosting a series of events throughout 2011 to raise funding for her two chosen charities, including the Provost’s Charity Ball on Friday 16 September.

The psychic night will take place from 6.30pm on Monday 29 August at the Watermill Hotel, Paisley. The event is being supported by Branding Boutique.