The John Neilson Institution, or the Porridge bowl as its affectionately known, is now converted into flats, however its start in life was somewhat different. John Neilson of Nethercommon (1778 – 1839) had been a successful grocer in the town. In 1839, before he died, he set up a trust deed to build and endow a school.

By 1852 a school had been built on the site of a bowling green, to the design of Charles Wilson. To gain entry boy pupils had to have lived in Paisley for three years and their parents had to either be poor or dead. Some of the school rules issued to pupils on the opening day were as follows: Pupils were not allowed to carry lucifer matches

Can not carry Gunpowder

Can not carry firearms 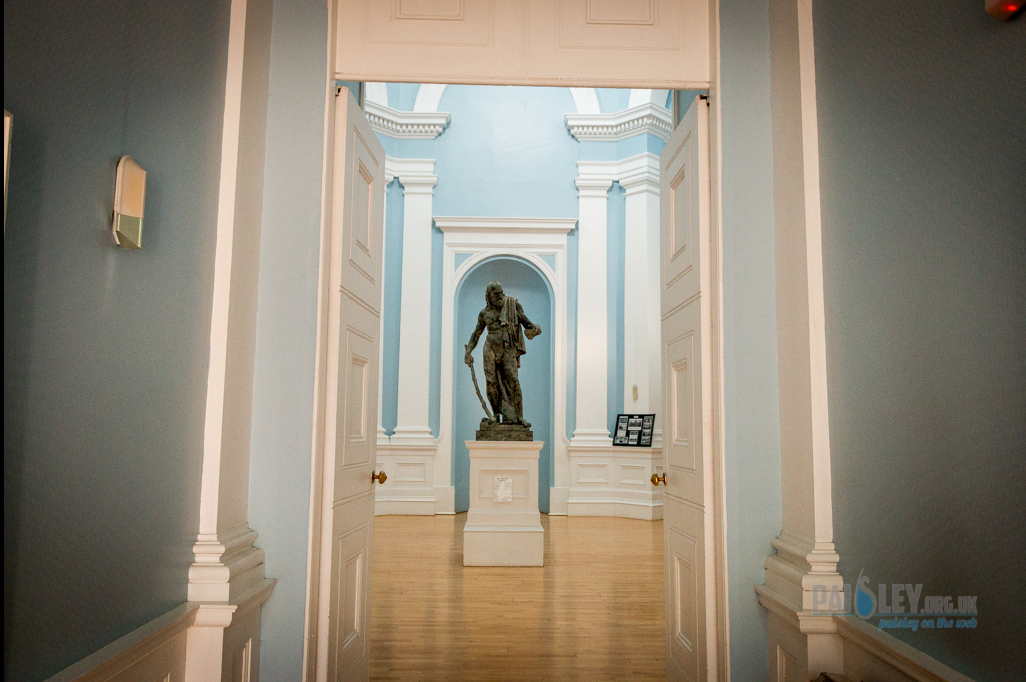 (The large atrium has a statue of a Greek philosopher Diogenes, sculpted by Paisley’s Alexander Stoddart (Sculptor in Ordinary to the Queen).)

In 1900 the school gained a gold medal at the Paris exhibition for its educational exhibit. By 1968 the school had outgrown its premises and closed. A new site at Millarston was opened as the John Neilson High School. By 1978 the former John Neilson Institution school was closed and converted to flats. Interestingly though, on Renfrewshire Doors Open day you can gain access to the original building and see the magnificent statue of Greek philosopher Diogenes by local sculptor Alexander Stoddart which stands in the entrance hall.

Find out more about the John Neilson Institution – Romance, Scandal, Murder and Injustice.