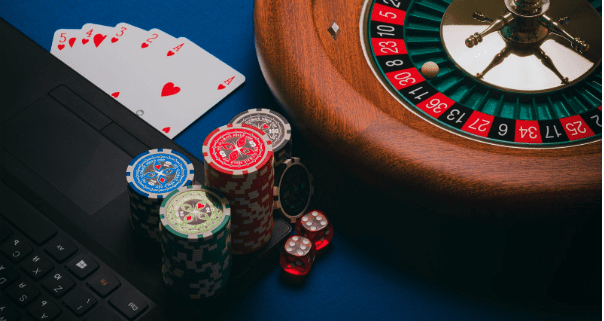 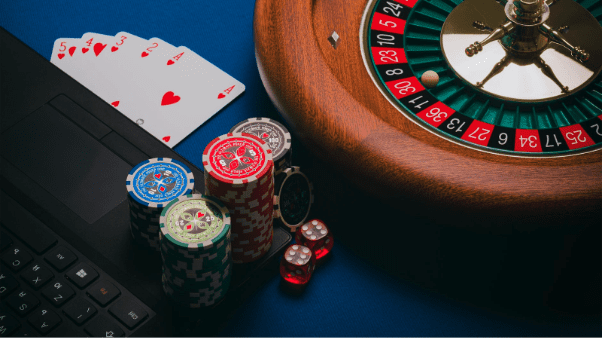 Casinos offer a variety of games that you can play in the evening after a hard day’s work or visit a nice place with friends on the weekend. You don’t have to win anything, because the main thing here is excitement. But it’s nice when you leave the casino with more money than you came into it. Today we want to tell you about the biggest wins in the history of casinos, which are even hard to believe, but nevertheless, it’s true.

The biggest payouts for slot machines

Slot machines are the most accessible and popular game entertainment. According to the Encyclopedia Britannica, the first slot machines were invented in the late 1880s. The gameplay was simple: toss a coin and shoot a level. Then wait for the fruit and stars to stop spinning and release a stream of coins from the slot.

Slot machines started out as giant boxes with a level on the side that needed a special place in the game room. They evolved into more compact and sleek machines with beautiful decorations and casino logos. Their latest form is the online casino version, which all players can access through their phones, computers, and tablets.

Today, there are hundreds of slot machines in both land-based and online casinos. They are called slot machines (American English), fruit machines (British English), or poker machines (Australian English and New Zealand English) Whatever the name, they are a delight to all players and especially to winners.

Luck has many faces, but to some people, it not only turned face to face but also gave the broadest smile. Here are the biggest winnings in the history of slot machines:

Lightning in a slot machine struck WWII veteran Elmer Sherwin twice. The first time was in 1989 and the second time was in 2005, and both times Elmer played the Megabucks slot machine. His first jackpot was at Mirage Casino. After spending $100 and running the slot just once, Elmer Sherwin won $4.6 million. The second time he got lucky was 16 years later. Sherwin managed to hit the slot machine jackpot again. However, this time the war veteran earned much more — $21 million шт Cannery Casino, playing the Megabucks slot machine.

After moving from Europe to America, Archie Karas first worked in a restaurant in Los Angeles. There he learned how to play pool well on billiards, and then went to conquer the poker rooms. Having honed his poker skills between 1992 and 1995, Archie Karas turned $50 million into $40 million, but then successfully blew it on poker and his favorite game of craps.

Now Archie Karas lives in Vegas, and his family — in his historic homeland in Greece. The poker lover can often be found at WSOP tournaments.

Cynthia J: How a Las Vegas waitress hit the jackpot

The gambling capital of Las Vegas knows many stories of how fate can change players’ lives dramatically. Some of it makes unspeakably rich, and others poor.

So, Cynthia Jay, an ordinary waitress in Las Vegas, happened to be working in a casino. After her work shift on January 29, 2000, she decided to gamble a little. She couldn’t spend very much, since she only had $27 on her.

Taking a gamble at the One-armed Bandit, Cynthia was losing dollar after dollar. But as soon as the girl decided to leave, there was a loud sound in the gambling hall, which marked the victory.

The machine, in which the girl played, was part of a single system “Megabucks. It deducted the interest from the money lost on a lot of other machines. At that time, it had amassed $34,959,458, which Cynthia won. That’s how the waitress from Las Vegas became the owner of the largest slot machine winnings at the time.

Of course, we can’t forget our fellow countrymen. Two Brits have managed to make a lot of money thanks to their gambling hobby.

Until 2004, Ashley was the most ordinary Briton. He led a quiet life, worked, and devoted time to his hobbies, namely gambling, which included roulette.

Everyone has heard stories of people who are addicted to gambling going into debt, selling things to find the money for another trip to the casino. It was about the same with Revelle. One day he decided to sell everything he owned to go to Las Vegas and gamble there. This incredible move he made quite deliberately.

At first, he wanted to keep it a secret, but then he told a friend about his intentions. And after a while, even the journalists found out about him and his idea, and they started to look for an interview with the hero. The man didn’t hide and decided to make contact with the media and even turned his venture into a real show, with the help of one of the TV channels.

In the end, when all the property was sold, Ashley had the sum of $136,300 in his hands, and he really went to Las Vegas. But he didn’t go alone, as he had planned, but with friends, relatives, and journalists.

When he arrived in Las Vegas, Ashley went straight to the casino. At first, he played cautiously and lost $1,000 in poker. But after that, he decided to play his favorite game, roulette. Moreover, he immediately decided to put all his money on the line. Moreover, at first, he made a bet on black, but a moment before the end of the betting changed his mind and transferred all the money to red. And his intuition did not fail him, as the man won more than 270,000 dollars.

This risky move made Ashley Revell a legend. Of course, he took his winnings and went home. But then he did not stop gambling and even made a website where he constantly publishes information and teaches beginners to play poker and roulette.

The winner of €17.8 million was 26-year-old soldier John Heywood, who hails from the UK. Luck smiled at the player when he sat down at the slot machine Mega Moolah at Betway Casino, betting just £30. After 7 minutes of play and 25 spins, the lucky man managed to make it into the Guinness Book of World Records as the man with the most casino winnings.

This event took place on October 6, 2015. At first, the young man doubted the validity of the result, but after congratulations from the Microgaming CEO, he was happy about this news.

If you want to try any luck, you can visit top10bestcasino. But remember — it is really luck, and first of all casino it’s just a fun place to spend some time.

Glasgow News? Daily Updates part of our network
Campaign bid to force council to act on “disgraceful state” of Hawkhead...