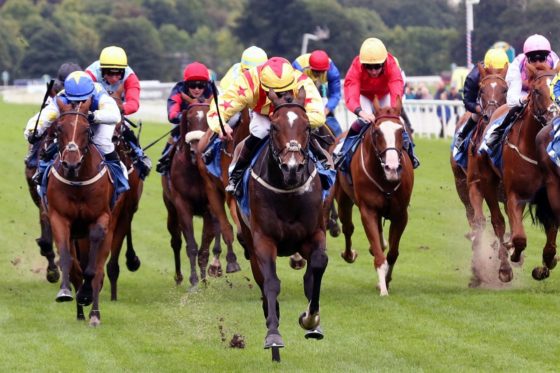 As the jump season begins to wind down, with the Grand National Festival recently taking place at Aintree and the upcoming Jump Finale at Sandown drawing the curtain on a fantastic 2021-22 National Hunt racing campaign, the thrilling flat season is only just gearing up and there’s still plenty to look forward to over the next six months or so racing wise.

In fact, the first couple of British Classics of the year are just around the corner — with the three-day Guineas Festival set to take place at Newmarket between April 29th and May 1st.

Fans of the flat will already be counting down the days to the first major meeting of the flat season, and with not long to wait now, let’s take a look at the early favourites for five Classics. Read on to find out more.

Unbeaten in all four of his races to day, it’s no surprise to see Native Trail leading the way as a general 3/1 chance in the 2000 Guineas horse racing betting market. The Charlie Appleby-trained horse had a good summer last year, winning a Maiden Stakes on his debut at Sandown and quickly stepped up to Group level, winning the Group 2 Superlatives Stakes at Newmarket in July.

He didn’t reappear until the Autumn but was just as emphatic — winning the Group 1 National Stakes at the Curragh in Ireland before returning to Newmarket in October for the Darley Dewhurst Stakes, winning the most prestigious race of the year juvenile horse by two lengths. It will be a hugely competitive race, but Native Trail looks like the one to beat on the Rowley Mile.

After a fantastic jump season, which was highlighted by Rachael Blackmore’s and A Plus Tard’s victory in the Cheltenham Gold Cup and Allaho defending his Ryanair Chase crown, Cheveley Park Stud will be hoping for to taste even more success on the flat, and where better to start than with a win in the 1000 Guineas?

The historic Newmarket-based stud have failed to win the prestigious three-year-old fillies race since their maiden success with Russian Rhythm in 2003. But that drought could end this year as the John and Thady Gosden-trained Inspiral, who rounded off last season with a victory in the Group 1 Fillies’ Mile, is the 11/4 favourite.

A victory at Newmarket could be just the beginning of a great season for Inspiral though, as she’s also the joint-favourite for the Epsom Oaks alongside Aidan O’Brien’s Tuesday. A win in the 1000 Guineas would likely see the Cheveley Park filly pull clear of her rival in the Oaks’ ante-post market though.

Once the favourite for the 2000 Guineas, the Derby and the St Leger, Luxembourg has since lost his place at the fore of the former’s ante-post market to the aforementioned Native Trail, but the three-year-old is still expected to have a huge campaign.

The O’Brien-trained horse may not be as fancied as Appleby’s star in the 2000 Guineas. However, after winning all three races last season — including the Group 2 Beresford Stakes and the Group 1 Futurity Stakes at Doncaster — Luxembourg is still the favourite for both the Derby and the St Leger.

Of course, that could all change depending on how the three-year-old fares in the 2000 Guineas on April 30th. A defeat would surely see his odds drift out further for both races, while a victory on the Rowley Mile could result in Luxembourg becoming even more favourable with the bookies for the two big Classics.

Paisley’s own St. Mirren gear up for huge relegation six pointer against...
Scroll to top