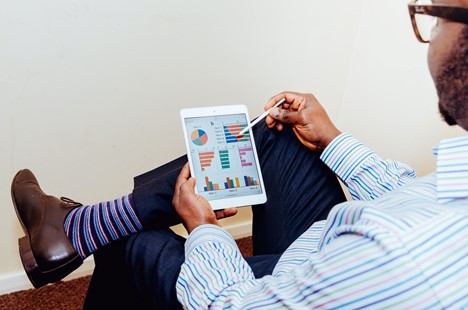 London-based Alejandro Betancourt is a successful investor, best known for his early-stage involvement in companies like JobandTalent and Hawkers. As a professional with killer instincts, he’s also known for his ability to keep an open mind and weigh other people’s opinions against his own. He discusses his take on smart investing, one that he’s honed since his first investment in Citibank at the seasoned age of 17.

1. Always Know What You Want

It’s easy for investors to get caught up in what the market is doing, so much so that they forget what they’re really going after. Betancourt says that if you don’t understand how your investments are progressing on a daily basis, the chances of an unpleasant surprise will only continue to climb.

He recommends digging into the details of each decision, so that you can assess everything from likely profit margins to potential roadblocks. This makes it easier to determine when to pull out of an investment and when to stick with it.

Being involved is a tip that Alejandro Betancourt cannot stress enough to investors. His success was built on evaluating companies and understanding what they needed to do in order to grow. When he first partnered with Hawkers, the company’s demand might have been high, but they were spending money to keep up with it.

Betancourt saw that he had to find a way to keep costs down without stifling the growth the company had managed to achieve. He was able to do this by pushing social media marketing instead of more traditional avenues. By capitalizing on the growing trend of influencers, Hawkers retained its status without having to bloat its publicity budget. Betancourt would repeat this same success with a variety of other companies, including JobandTalent and EPG, Inc. With his help, JobandTalent was recently valued at $2.35 billion, and EPG was sold to Kaiser Bank.

All investors have to find their own measured approach to investing, one that is cautious enough to stave off big losses but daring enough to reap big rewards. Diversifying is traditionally a great way to find a balance, but Betancourt cautions against over-diversifying. If a portfolio doesn’t have a clear theme, it can cause investors to lose focus of how it’s performing over time.

At first glance, Betancourt’s portfolio does cross multiple industries, including fashion, recruiting, and finance. However, at a deeper level, all of his investments are technology focused. From social media tools to advanced platform design, he has a talent for understanding how new features and services ultimately change the behavior patterns of consumers.

For instance, JobandTalent doesn’t just help people find jobs, they employ contract workers from the beginning to the end of the gig. The technology couldn’t just accept applications, it had to account for payroll, benefits, and contracts. The need for this kind of service, one that takes liability off employers without compromising the needs of the employees, exploded during the pandemic. However, Betancourt correctly predicted that a platform like this would be instrumental long before COVID-19 changed the world as we know it.

Alejandro Betancourt has made it this far by developing a steady work ethic. As much as his investment strategies remain measured, he’s known to be obsessed with elevating a company to where he knows it can be. This kind of vision can be enough to keep him awake at night, thinking about the resources at his disposal and how they can best be allocated for the benefit of everyone.

He also advises investors to keep in mind who they’re investing in. From the leaders of a team to the people at the bottom rung of the ladder, it’s the people who determine the success of a venture. Not even the best technology in the world can save a poorly managed enterprise.

Finally, London-based Alejandro Betancourt says that investors have to be willing to talk to experienced professionals and get their advice. For him, he’s learned from past mistakes that he should have been open to opinions that didn’t match his own. It doesn’t mean that he ignores what he knows, only that he factors in warnings and guidance that he receives along the way. Filtering what you hear, trying to decipher between the constructive and the destructive, will take time, but it’s ultimately a skill that you won’t regret having.

Smart investing may look different for every professional based on their expertise and interests. However, the core strategies of all successful investors may be more alike than people realize. Alejandro Betancourt’s philosophy is certainly not the only one available, but his profit margins suggest that he’s figured out a thing or two along the way.