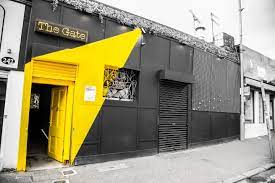 Anyone familiar with the UK will know just how significant the pub is to our culture. You could be from Scotland, Wales, England, or Ireland – it doesn’t matter which, we respect a good pint and some pub grub all the same.

Glasgow is a beautiful part of Scotland and it has some of the nicest pubs in the country. It’s steeped in history and culture and contributes massively to what makes Britain great, just like the sights of Paisley do. If you find yourself in Glasgow alongside a visit to Paisley, you’ll want to check out these five pubs.

Sitting opposite the infamous Barrowland Ballroom, The Gate is somewhat of a newcomer to Glasgow’s pub scene. The self-described modern pub has shelves lined with over 160 types of whiskey as well as an always-expanding selection of gin.Plus, it has an exciting cocktail menu that changes every six weeks.

Though you won’t find a fruity in the corner or any other type of jackpot slots machine, The Gate does keep up with UK pub tradition by serving a staple treat: toasties. The pecorino, gouda, and spicy ‘Nduja served with smoky paprika ketchup dip is a personal favourite!

The Belle is situated in the West End on Great Western Road. Though it’s a high-street pub, everything about it, from being dog-friendly to its quaint yet homely decor, makes you feel like you’re in the countryside.

It has a big selection of wine, spirits, and craft beers – many of which can’t be found on tap anywhere else in Glasgow. Its top lagers are without a doubt krusovice and Sagres, and you’ll be able to try a different malt of the month at just £3.

The Belle is certainly a great pub to take your dog to and sit by the cosy fireplace during wintertime.

Nice N Sleazy is a pub that’s synonymous with live music and great nights out, and there are few that capture the Glasgow atmosphere quite as much. With a fully plant-based menu, anyone interested in grabbing a bite before the music starts will no doubt be pleased by the many vegan dishes on offer – from chik’n burritos to burgers that are bigger than your face.

Though its a small-capacity pub and venue, this only adds to the energy of its live shows. Be sure to check the upcoming schedule and catch one yourself.

MACSORLEY’s is another music venue by night, except this one’s been around since the 19th century. The former ale house has sat on Jamaica Street for more than 100 years, and has been a regular spot for day drinkers and weekend revellers in search of live music ever since. And for those that like the odd bit of gambling at the end of the night, whether it’s poker or video slots you’re after, it’s just round the corner from Grosvenor’s casino.

If you’re a fan of Scottish cuisine or keen to try it, you’ll have a lot of fun with its Tartan Tapas menu. Expect black pudding, battered sausage, and, of course, haggis.

How to Maximize Profit from My Rental Property
Scroll to top