If you have a human growth hormone (HGH) deficiency, you can take comfort in knowing that you are not alone. According to a study published by Medscape, an online resource for medical information aimed at clinicians, medical doctors, and other healthcare professionals, some 6,000 Americans are diagnosed with such a deficiency every year. And most of these deficient individuals are said to be in their late 30s or older. In a separate study published by worldhealth.net, a trusted website owned by the American Academy of Anti-Aging, researchers revealed that HGH levels for most individuals fall by as much as 14 percent every decade after age 30. 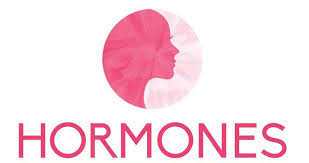 All in all, a slow down in human growth hormone production is often just another part of getting older. However, it is worth pointing out that the same slow down can also stem from certain illnesses and even the medical treatments that are often employed to resolve them. That said,there are a variety of medications approved by the FDA that can help ramp up HGH production and provide relief from the symptoms that are synonymous with a growth hormone deficiency.

How Growth hormone can be defined

In layman’s terms, human growth hormones are hormones that are secreted by one of the many glands in the body’s endocrine system. These hormones are invaluable with respect to growth, cell reproduction, and cell regeneration, all of which enable the body to function optimally.

Legal Prescription Growth Hormone Replacement Medications: Why Are They the Better Choice?

Before going over why individuals should only turn to legal prescription-based growth hormone replacement medications to combat low growth hormone (GH) levels, let’s take a moment to familiarize ourselves with some of the ones commonly prescribed by endocrinologists today. Studies show that some of the go-to FDA-approved medications that help in terms of boosting low GH levels and providing relief from deficiency-related symptoms, such as low energy, low libido, low bone density, anxiety, and much more, include the following:

Along with these common go-to medications, the Food and Drug Administration approved a new GH replacement drug called Sogroya in September 2020, which many endocrinologists are also now prescribing to their patients. The benefit of Sogroya is that it only has to be administered via injection once per week. And this is undoubtedly welcomed news to those who need to take GH medications but would rather avoid the 6 to 7 injections per week required with Saizen, Norditropin, Nutropin, and others. While all of these medications are effective, they are equally expensive and not always covered by private health insurance. For this reason, many people will purchase what they believe are comparable HGH replacement medications that are not only more cost-effective but also do not require a prescription. However, they might very well be doing so at their own peril. To further illustrate this point, let’s take a look at the following:

How to Restore HGH Levels With HGH Injections?

Dosing – Prescription-based GH medications from a licensed physician will come with clear directions as it relates to proper dosing. For example, most GH medications, except for Sogroya, are administered via subcutaneous injection, with the typical dose being 1 to 2 international units (IU) each day, typically in the evening. GH medications that are available without a prescription seldom come with detailed dosing instructions.

The Importance of Prescription Growth Hormones for Adults

Safety and efficacy – Another reason to choose prescription GH medication over their nonprescription counterpart is that the former has a proven track record when it comes to being safe and effective. Commonly prescribed GH medications, including Saizen, Nortitropin, Nutropin, and even Sogroya, have each undergone clinical trials that show they can increase low GH levels and provide relief from deficiency symptoms. And they can do so while causing little to no side effects, which may not be the case for nonprescription variants of these drugs.

The Importance of Prescription Growth Hormones for Children

Although the majority of this article has centered around adults with low GH levels, it is worth noting that the condition can occur in children as well. According to healthychildren.org, between 1 and 3,000 to 1 in 10,000 children are born with a growth hormone deficiency. That said, prescription GH medications are also a better choice than nonprescription variants for little ones. And this is because they provide them with the same benefits as they do for adults in terms of safety and efficacy as well as clearly defined dosing instructions.

Why Do You Need a Legal Prescription for HGH Replacement?

Certain medications, such like hgh injections for sale, based on their potential for misuse or abuse, can only be obtained with a prescription from a licensed physician. Human growth hormones are no exception in that regard, especially since many people take them to resolve conditions that have nothing to do with a GH deficiency. For example, studies show that some athletes will take these medications to improve performance. Some people will even take them to reverse signs of premature aging. To prevent this type of misuse when it comes to GH medications, the FDA requires that all GH medication be available by prescription only. In short, both children and adults will need to undergo a blood test that confirms they have an HGH deficiency to receive a prescription.

In summary, if you’re among the 6,000 Americans currently struggling with low GH levels or have a child struggling with the same, there are plenty of medications that can help. Of course, it should be noted that prescription GH medications, unlike nonprescription variants available through online retailers, for example, have a verifiable track record for boosting low GH levels and resolving symptoms related to human growth hormone deficiency.