If you’re a little bored of having a car that looks the same as so many others, then getting a custom number plate is an excellent way of personalising your vehicle and making it stand out of the crowd. Private number plates can combine letters and numbers to spell out words or display dates, so you can find a unique plate that has special meaning to you. You could get a number plate that spells out your name or features a special date like an anniversary or your birthday. 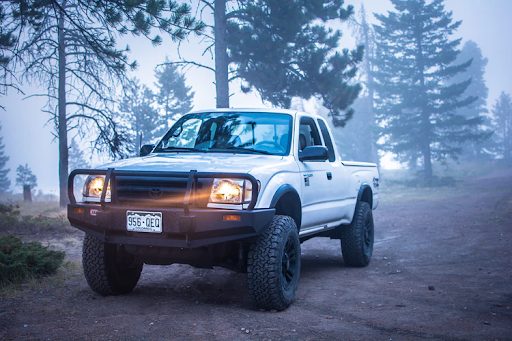 In 1812, the Clark Brothers established thread mills in Paisley after they discovered how profitable selling cotton for domestic sewing could be. Paisley soon became famous as the centre of the weaving industry in the 19th century, and the town gave its name to the famous Paisley Pattern and Paisley Shawl. The mills prospered for a long time before finally closing in 1993. Today, they are memorialised in Paisley’s museums.

With the Paisley mills being such an important part of the town’s history, you could show off your pride for the town by getting a custom number plate that represents the mills. You could find a plate that includes the mills’ foundation date, such as PA 1812. Or you could find a number plate that spells out a word associated with this rich past of Paisley’s history, such as P4 M1LL5 or CL4RK. Using an online company’s state-of-the-art search facility, you can easily browse different number plates for sale to find a plate with digits that represent Paisley’s mills.

Paisley has some beautiful countryside, and the Gleniffer Braes are simply stunning. In the braes, nature lovers regularly enjoy walking in Robertson Country Park’s moorlands. You can explore woodland paths, streams, and even waterfalls. There are also plenty of birdwatching sites, the 50-foot-deep Gleniffer Gorge and incredible views over the town of Paisley and the Clyde Valley to Ben Lomond.

Many locals feel an affinity with Paisley’s great outdoors. If the Gleniffer Braes have a special place in your heart, then consider getting a custom number plate that shows how proud you are to live in such a beautiful area. You could find number-plates that spell out the word braes, like BR4 35. Or you could get a plate that represents one of the braes’ main features, such as the gorge. Consider a custom number plate like GORG 3.

The origins of Paisley Abbey date back to the 12th century when Scotland’s first High Steward issued a charter for a priory to be built in the town. As the priory became a central place of worship for monks, it was raised to the status of an abbey in 1245. However, Edward I of England burnt down the original building in 1307. It was then rebuilt in the 14th century. Paisley Abbey is the burial site of six High Stewards of Scotland, and it is believed that William Wallace was educated at the abbey when he was a boy.

Paisley Abbey is a significant historic landmark for Paisley local and all Scots. So, what better way to show off your pride for the town than to get a custom number plate that represents the abbey? You could potentially get a number plate like ABB 13 or ABB 1245.