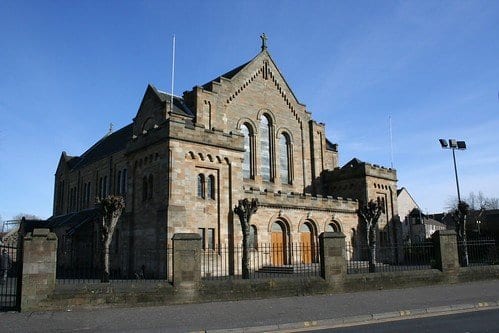 Most people in Renfrewshire know only too well that the patron saint of Paisley is St Mirin. After all, there are streets, a magnificent Romanesque-style cathedral, and even a burn named after him. But who was this man, where did he come from, and how, exactly, did he become a saint?

There are two very different stories about the origins of this man who reportedly lived from 565 until 620 AD. The first is that he was born in the town of Patras in Greece, which he left in around 585 AD accompanied by another holy man called St Regulus.

Their mission was to return the bones of St Andrew to Scotland, accompanied by four others called Barchanus, Malcomus, Petrus, and Alanus. On completing their journey, Mirin was rewarded by being given the role of Missionary to the West of Scotland where he was later given his sainthood. 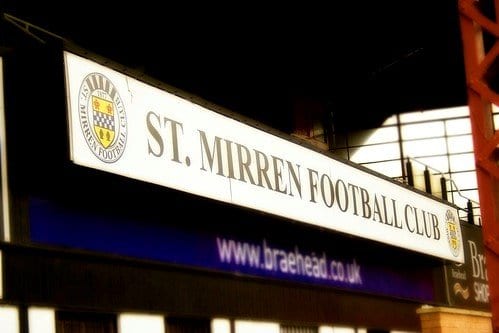 While this is the more exotic and adventurous version of his story, it is the alternative account that most historians believe to be true. It is also the one given by the familiarly named St Mirren Football Club, who are still a favourite team for many people enjoying football betting at Space Casino, and further betting sites, despite some slightly lacklustre performances. Who knows, maybe the Patron Saint was looking down on them this season?

In this account, St Mirin was born to a wealthy family in Ireland and, as soon as he was old enough, he was sent to study under St Comgall at Bangor Abbey in County Down. So great was his piety and learning that he rose to become the prior. It was here that he is said to have performed one of the miracles that helped him towards his sainthood. When forbidden to preach by the country’s king he prayed that the pregnant queen’s labour pains should be felt by the king, which they duly were. In great agony, the king summoned Mirin who prayed for the recovery that soon came about. As a reward, he was allowed to resume his holy preaching.

On leaving Ireland, Mirin landed on the West Coast of Scotland and was encouraged by St Columba to visit him on Iona. On finally settling on the mainland, Mirin set up a church at White Cart Water, an area around which Paisley eventually sprung up a few hundred years later. Long before then, it had already become a major destination for pilgrimages as it was considered to be, along with Iona Abbey, one of the most sacred sites in Scotland.

It is uncertain at which date Mirin was granted his sainthood but, in a number of papal declarations from the years following his death in 620 AD, he was described as “the glorious confessor” and his bones were believed to have been kept in Paisley Abbey. Anyone visiting the Abbey today may not find these, but there is a chapel dedicated to St Mirin, and a frieze displays the significant moments in his life.

So, next 15th September, his official saint’s day, why not spare a moment or two to visit, and discover even more about this remarkable man?

Pupils’ mural is colourful message of hope
Scroll to top