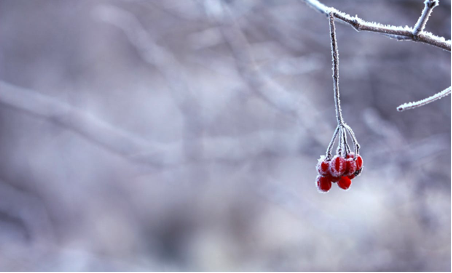 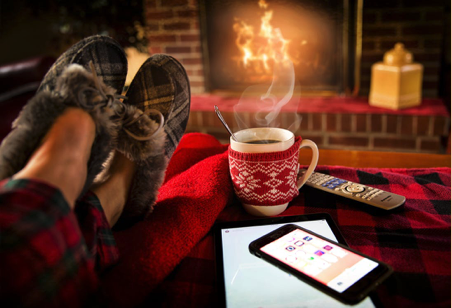 Now that winter’s well on its way you might think the best thing to do is batten down the hatches, put on the fire and settle down in the warm – especially as they’re predicting weather that’s going to make the Beast from the East in 2017 just seem like a bit of cold snap. But staying in’s boring and there’s so much to do for almost everyone that there’s really no excuse. With that in mind, here’s a round-up of ten ways to get out and about over the next few months and have the time of your life.

Let’s start with a great event that’s very popular every year. The Paisley Winterfest runs from November 23rd right through till December 30th with only one day off for Christmas. There’s going to be plenty of fun including Santa to visit, food stalls and much more besides. At the heart of it all will be a fantastic open-air ice rink where you can get your skates on and see just how good you’d be if you found yourself competing in Dancing on Ice!

Nothing says the festive season is coming quite like the big switch on of Christmas lights and this year’s event in Paisley promises to be one of the best ever. It’s on Saturday November 16th and the day starts off at 12.30 with the ever-popular reindeer parade. Then there’s an afternoon of music and dance on the main stage culminating in a special performance from the X Factor stars Reggie ‘n’ Bollie at 5.25. Then, at 6, it’s the big switch on and the real festivities begin.

If you’re looking for the perfect gift for friends or family, then you’ll be sure to find it at the Craft Fair at the Kilnside Evangelical Church. It runs from midday till 3pm on Saturday November 23rd. Pop along and you’ll find all kinds of crafts for sales from delicious jams and chutneys to pictures, Christmas cards and even hair bands and other accessories. It’s also the perfect place to get a bite to eat and a hot drink too – a very welcome treat on a cold November Saturday!

A Night at the Bingo

Here’s a great way to brighten up a dark winter night. Bingo’s fun at any time of year but it’s best when you’re inside in the brightly lit hall alongside all your fellow players. The best place for a traditional bingo hall experience is in the Mecca Bingo in Saucel Place. And it’s not just open at night, it’s there for you all through the day, seven days a week. Of course, you might want to stay indoors and play online instead. In which case just a quick search will make finding the best bingo sites easy.

For a real breath of fresh air then why not head for Fountains Gardens? As long as you wrap up warm – as Billy Connolly famously said “there’s no such thing as bad weather, it’s more a question of wearing the wrong clothing” – it’s a great place for a walk on a crisp winter’s day. Make sure you check out the spectacular fountain that gives the park its name as well as one of Scotland’s very best statues of Robert Burns.

If museums are your thing then the one at Renfrew is a must. Open every day of the week and free to enter, it may be compact, but it packs an awful lot in. The galleries are divided into the four elements with Earth looking at the area’s social history, Fire exploring heavy industry, Air highlighting the importance of Renfrew Airport and Water revisiting the area’s shipbuilding heritage. After just one visit you’ll appreciate that, for a relatively small place, Renfrew’s had a big influence on the world.

If you want to see 2020 in with style, then there’s nowhere better than the Hogmanay Ceilidh that’s going to be held at the Salvation Army meeting rooms in Paisley from 8pm till midnight on December 31st. You’re promised a traditional accordion band who will play all the traditional favourites and there’s even a light supper included in the £10 ticket price – plus under 16s go free.

If one of your new year resolutions is to be more fit and active then Glenniffer Braes Country Park could be a great place to start. There are miles of trails to cycle, run or walk. Wherever you go in the park you’ll come across unexpected and spectacular views as well as all different kinds of wildlife, even in the middle of winter. If you want to take things a little easier it’s also ideal for a gentle stroll and you can even download some routes before you go.

It could be that we’ll be lucky with the weather and avoid heavy snow. In which case you can satisfy your urge for the white stuff at Snow Factor. Just off Junction 26 of the M8 half way between Glasgow and Paisley, it’s the UK’s premier ski and snowboard centre with the country’s longest indoor natural snow slope. There’s also an ice wall to try and scale and a sledging track to speed down. You’re certain to also build up an appetite and where better to satisfy it than in the centre’s Bavarian-style restaurant?

Running from 10am until 4.30pm at the Thomas Coats Memorial Baptist Church, Paisley on Sunday January 26th this is your chance to work with others to make some great music. Even if you’ve never picked up an instrument before, by the end of the day you’ll know all about how to collaborate on pieces that use rhythm for the body, melody for the heart, harmony for the soul and silence for the mind.

Hopefully these suggestions will give you more than enough to keep you occupied through the long winter months – and you could even pick up a new hobby or skill in the process!

Glasgow News? Daily Updates part of our network
How can you produce original content with a quality paraphrasing tool?