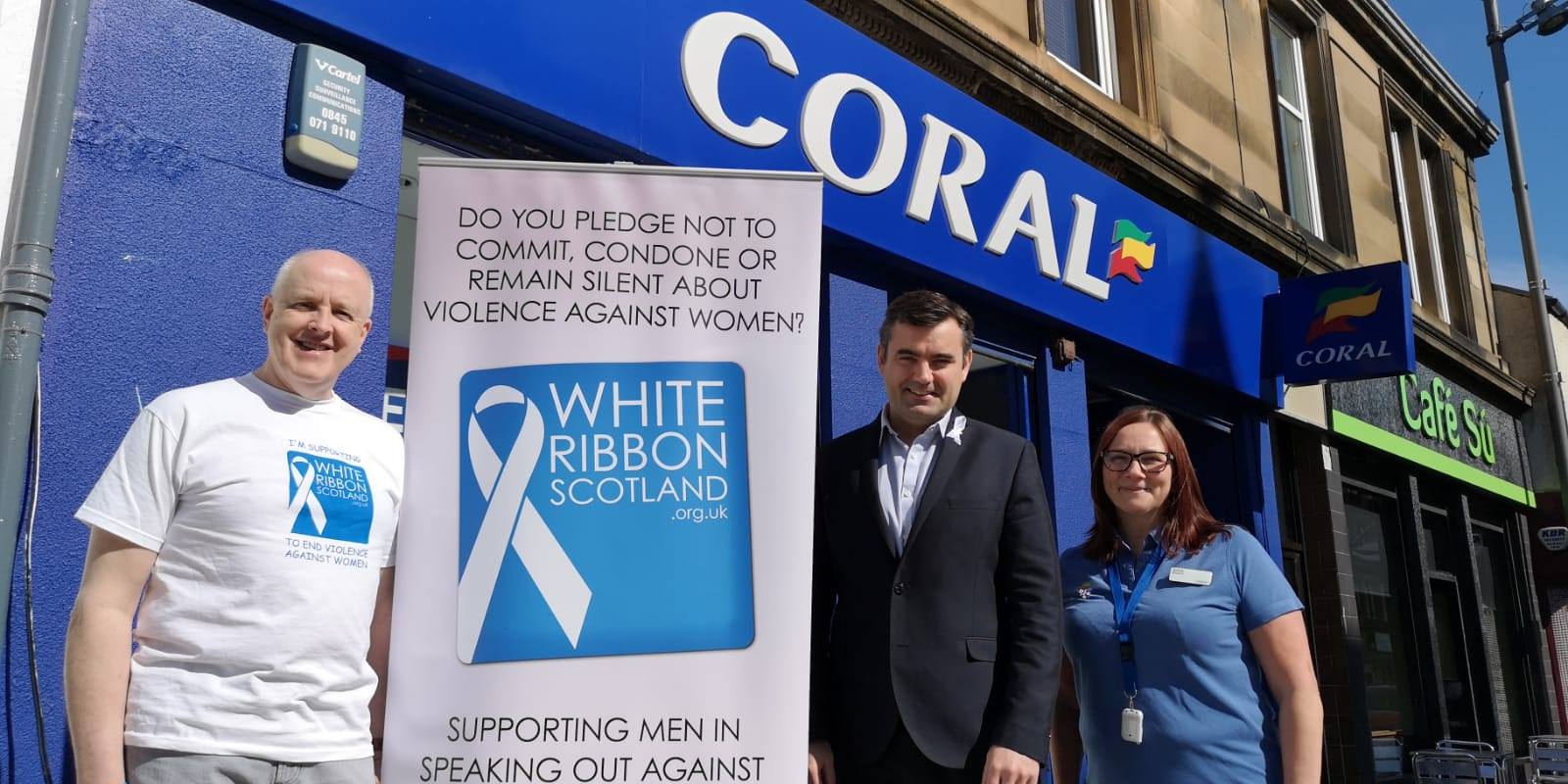 Gavin Newlands, SNP MP for Paisley and Renfrewshire North, has given his backing to White Ribbon Scotland’s new training initiative. The campaign, which highlights the male tole in ending gender-based violence, has been training local bookmakers to speak with their punters.

Since the launch, staff at Renfrew’s Coral and Ladbrokes branches have signed up 83 men to the White Ribbon Pledge. The pledge asks men to never commit, condone, or excuse violence against women of any kind.

“I am proud to support the White Ribbon Campaign to end violence against women. White Ribbon Scotland’s new campaign will make a real difference in Renfrewshire by encouraging men to recognise and act upon their responsibility for challenging gender based violence.

“Thanks to this training, staff like Joyce are addressing the problem at the route. I hope that the initiative is successful elsewhere.”

“I felt that I could make a difference by highlighting the campaign to my customers, thereby increasing awareness of the White Ribbon Campaign in Renfrew.”

Renfrewshire creatives in line for cash boost
Scroll to top