There has been a lot made of the recent rule changes to the National Lottery’s main game, Lotto. Of course, sometimes these things can be overblown in national newspapers, but there does seem to have been some push back against the rule changes. In a nutshell, the raffle draw, which guaranteed two UK millionaires each week, has been replaced by increased prizes for matching three balls, four balls and so on.

Of course, a bigger issue for players might be the fact that, since October 2015 when the number of balls increased from 49 to 59, it is even more improbable to win the lottery. In the old game with 49 balls, your chances of hitting the jackpot were approximately one in 14 million, today they are around one in 45 million.

Sure, it could happen to someone, even in Scotland. Indeed, Chris and Colin Weir, who still hold the record for the UK’s biggest lottery win, with the £161 million payout in the Euromillions in 2011, were based only a couple of dozen miles away from Paisley, in Largs, Ayrshire.

Regardless of how you feel about the lottery changes, there are alternatives, some of which can match and even outmuscle Lotto in terms of prizes. The most notable example is Mega Moolah, which is now regarded as one of the most popular casino slots on the planet, and certainly the jewel in Microgaming’s crown.

Released in 2006, Mega Moolah has retained its popularity in the face of competition from newer slots with flashier 3D graphics and video-game-like gameplay. At first glance, Mega Moolah looks outdated, and one would question its popularity. However, the secret to its success is simple: It offers the players the chance to win one of four progressive jackpots with any spin. 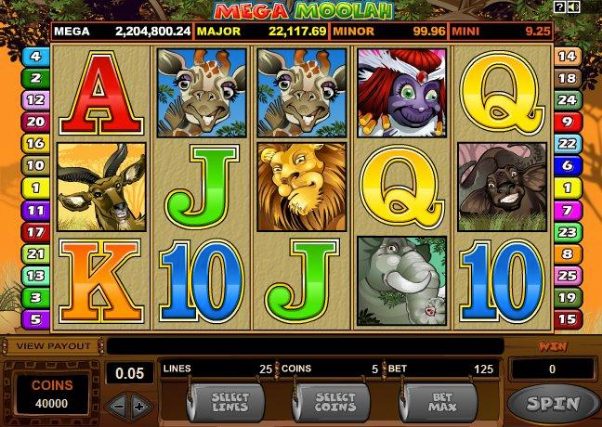 A progressive jackpot is a little bit like buying a lotto ticket. It is funded by taking a small contribution from each wager – usually around 1% of the bet. This is paid into a pot, which grows and grows until the jackpot is randomly awarded. The slot has broken its own world record a number of times, recorded in the Guinness Book of Records as the biggest online slot jackpot on the planet. The current record payout was around £17 million in September 2018.  Today, looking at a site that hosts Mega Moolah – Lucky Casino – the current jackpot stands at just under £10.5 million and growing.

So, how does Mega Moolah match up to Lotto? Well, for a start, you can play it from just 1p per spin, although most players will play at least 25p to ensure all paylines are activated. Progressive jackpots are awarded randomly, but your chances of triggering it are increased by playing for a higher bet. However, it is important to note that you still have a chance when playing for a low stake. British soldier Jon Heywood, from Crewe, triggered a £13.2 million win back in 2011 (a world record at the time) by playing a 25p spin on Mega Moolah.

Indeed, like lottery games, there are other ways to win on the slot aside from hitting the jackpot. The free spins feature, in particular, is a big hit with players. Is Mega Moolah worth your attention? That’s depends on your particular tastes, but it’s certainly an alternative to Lotto that packs just as mighty a punch.

Glasgow News? Daily Updates part of our network
Factors to Consider Before Selecting a Beauty Furniture