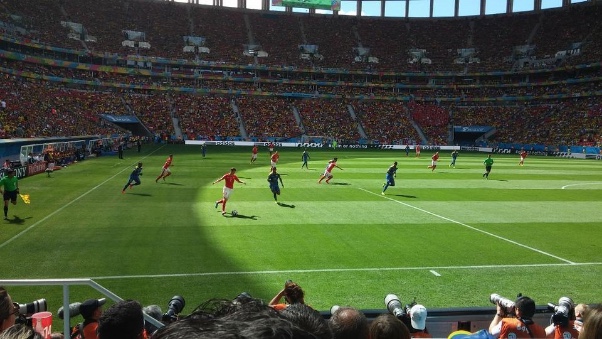 Hundreds of millions of football fans are keenly awaiting the start of FIFA World Cup in mid-June in Russia. Moscow’s Luzhniki stadium will soon come to life and 32 strong football teams from all over the world will play a total of 64 football matches, spread over a period of one month.

It’s no surprise that FIFA World Cup is considered by many as the pinnacle of all sports tournaments in the world.

A great multitude of people would also be following the football action because of betting reasons. If you’re someone who had been contemplating betting on football games, but hasn’t started yet, FIFA World Cup can be the best platform to make that beginning. What more, you could also make use of World Cup free bets offered by reputed bookmakers and find your feet before investing any of your own money.

History has shown that football teams often depend heavily on individual miracles to find their way forward in the tournament. While the 1974 World Cup was about Johan Cruyff’s intelligence, the 1986 edition was owned entirely by Diego Maradona. The upcoming World Cup could perhaps prove to be a stepping stone for a bunch of promising youngsters, giving them an opportunity to have their names etched into history books for eternity!

Let’s take a look at 3 such promising players who’d prove to be a key for their respective teams in Russia.

The star forward for Brazil and Paris St. Germain, Neymar would be hoping to guide Brazil to World Cup victory and successfully erase the memory of disappointing semi-final loss against Germany in World Cup 2014.

Brazil is one of the favourites to win the tournament, alongside Germany, and Neymar would be keener than ever to avenge the 2014 defeat. The former Barcelona player moved to PSG in the summer of 2017, and has emerged as one of the top players in the modern-day football.

Although Brazil have a pretty strong and talented squad overall, with many players of the same calibre as Neymar, the striker would be hoping to inspire his team to greatness in Moscow.

Things can’t be easy when you are up against the likes of Lionel Messi and Cristiano Ronaldo for the title of top scorer in European football leagues! However, the Egyptian and Liverpool forward managed to stand his own and scored a huge number of goals, competing very well with the Argentinian and Portuguese star. He’s been regularly compared to Messi and has become increasingly popular over the 2017-18 season. Although Egypt isn’t as high ranked as some of the other contenders for the World Cup, Salah would be hugely confident of delivering some amazing individual performances for his country.

There’s nothing denying the fact that Cristiano Ronaldo has already cemented his name as among the best finishers in the history of football. Portugal, the defending champions of the European cup would enter the FIFA World Cup 2018 as underdogs.

Not having any big names (other than Ronaldo) in the roster, Portugal’s performance will depend heavily on the determination of its players.

From Scotland to Slovenia, the community drumming group making an impact in...
Scroll to top