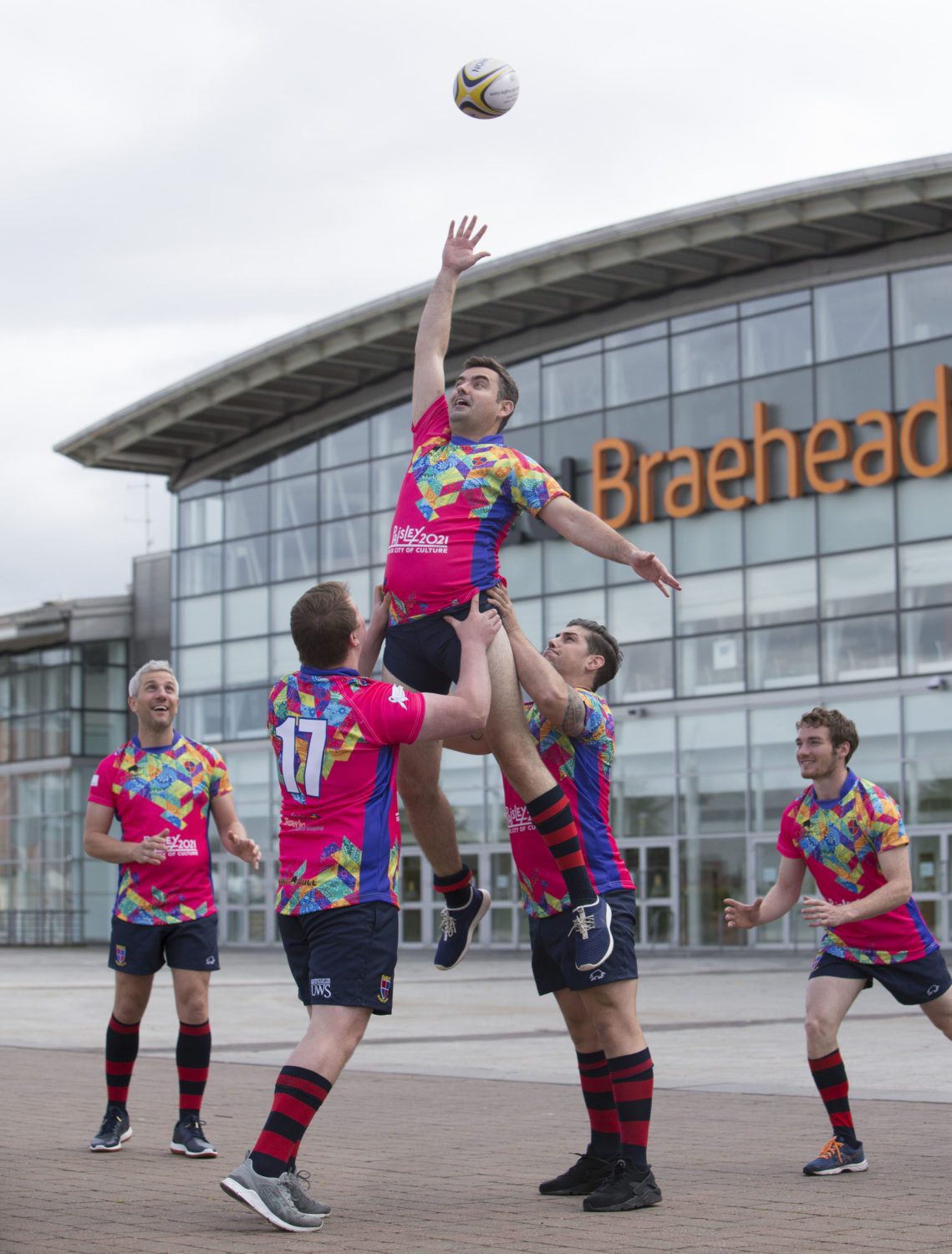 And he praised bosses at the shopping and leisure destination for supporting the Paisley City of Culture 2021 bid by allowing their campaign logo to be displayed on the front of the rugby tops.

The team will wear the specially-designed Paisley 2021 strips – paid for by the £1000 sponsorship from intu Braehead – at home and all around the country as they compete in Division Two of the West Regional League and various cup competitions.

Gavin Newlands, MP for Paisley and Renfrewshire North said:
“We certainly scored a winner when intu Braehead agreed to sponsor our new rugby tops and then allowed the Paisley 2021 campaign logo to be printed on the front.

“As a long-standing sporting organisation in the town, the rugby club is a strong supporter of the bid for Paisley to become City of Culture in 2021.

“I know intu Braehead also backs the bid and has been involved in various aspects of the campaign.
“There’s nothing better than teamwork and with the rugby club and intu Braehead coming together to promote the Paisley 2021 campaign, I’m sure we’ll make a few conversions to the cause along the way!”

General manager of intu Braehead, Gary Turnbull said: “intu Braehead and Paisley Rugby Club have come together to back Paisley’s bid to become City of Culture in 2021.
“We’ve previously supported the Paisley 2021 campaign, but we thought the idea of the campaign logo being on the front of the rugby team’s shirts was another good way of getting a positive message about the town out there.

“We’re happy that we’ve been able to make that happen with our sponsorship deal.”
Paisley 2021 bid director, Jean Cameron, said: “intu Braehead and Paisley Rugby Club have been great supporters of Paisley’s bid for UK City of Culture 2021 and it is fantastic that they have decided to take this support a step further by using the Paisley 2021 logo on their rugby shirts.

“The area boasts some great sports teams and clubs like Paisley Rugby Club and hopefully the new branded strip will help bring results on the field and in the town.”