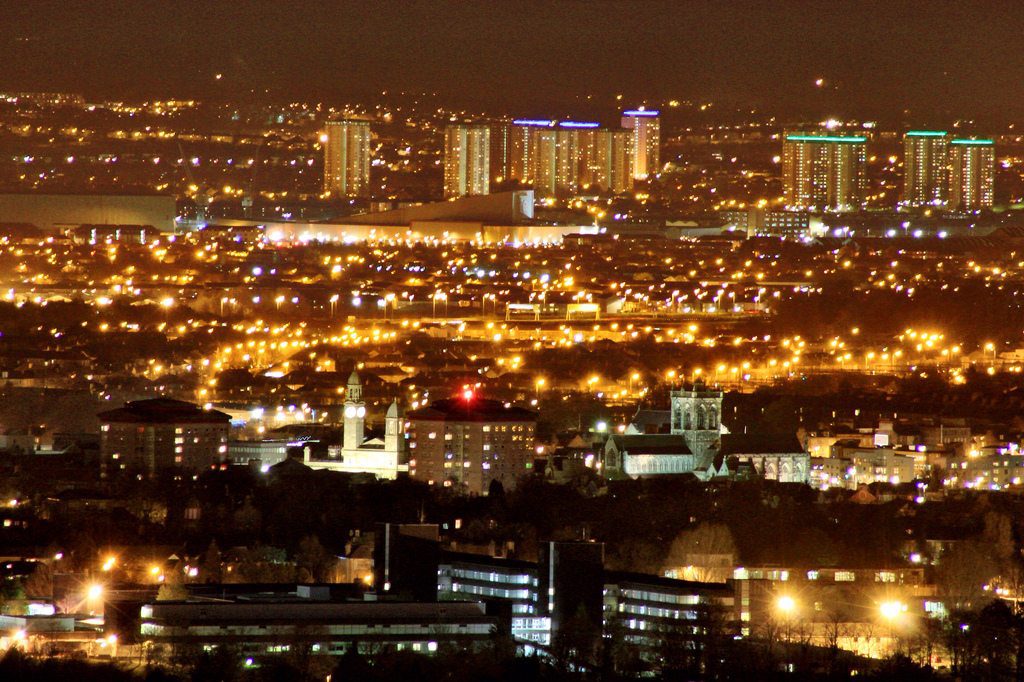 Whilst Paisley’s entertainment offerings are sometimes overshadowed by nearby Glasgow, there is still plenty to enjoy in the town without having to take a trip to the big city. Anybody who grew up in Paisley will know how its nightlife options once used to focus on legendary nights at the Watermill Hotel and Friars Hall. But there are many more modern developments that give Paisley’s residents plenty of opportunities to enjoy themselves.

Live music venues like The Bungalow on Shuttle Street regularly put on events by top class touring bands, and with even a member of the Sex Pistols making an appearance in October, it shows how this venue is becoming a respected part of the national touring circuit.

Similarly, The Cave has also been building a growing reputation for supporting Paisley’s live music scene by putting on showcases most Fridays and Saturdays. And whilst it may have some way to go before it matches Glasgow’s King Tuts for music entertainment, it still represents a nice bonus for Paisley’s music fans.

And seeing as Paisley is in the running for City of Culture in 2021, it could be looking forward to improving its offerings in many other areas too.

Whilst you don’t need to visit Glasgow to play goldenslot casino games due to the slots game offerings at Paisley’s land-based gaming establishment, Admiral Casino, even this has some way to go before it matches the range of table games and bonuses that can be found via the Red8s online gaming resource. So hopefully the 2021 City of Culture bid could seriously diversify Paisley’s nightlife and cultural offerings

But if you’re looking to really let your hair down, then it’s probably the Blur nights that take place at Vienna’s nightclub on New Street that will give you chance to really celebrate the weekend. Similarly, the Fantoosh nightclub down the road has also earned a strong reputation for its hardcore partying with the benefit of the Kilty Kilty Paisley Night Cafe that serves hot food until 4am. Even if 90s-themed music and dance classics aren’t your thing, it’s been great to see how the legendary Club 69 has reopened under new management to provide a quality selection of techno sounds courtesy of their special dance music nights.

But for those who are merely seeking a quiet pint, then Paisley offers an unparalleled selection of fun and friendly pubs. Whilst pubs like The Bull Inn are real local favourites, it seems that The Wee Howff recently received a surprise appearance by Rod Stewart that must have been a real bonus for the owners!

Minister for Local Government and Housing celebrates opening of the iconic Russell...
Scroll to top