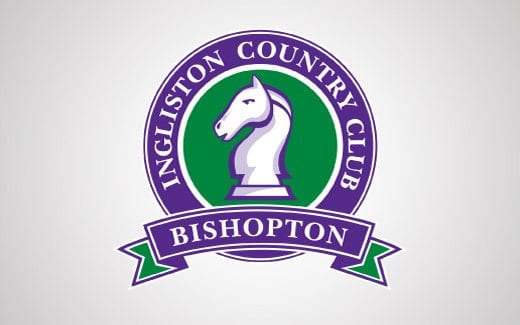 Hot off the hooves of the British equestrian team’s success at the Olympics, horse-riding stars of the future will be racing to Renfrewshire for a major four-day international competition this week.

Thousands of people from across the UK and Ireland will be galloping into Renfrewshire for the Scottish leg of the Home Pony International Series being hosted at Ingliston Country Club, in Bishopton.

It will be the first time the major competition has been held in Renfrewshire where it will continue to be held for the next three years.

The competition will see potential Olympic riders of the future competing at Ingliston Country Club, which has been named the top equestrian venue in the UK for the last two years, is also part of the bid to bring the Youth Olympics to Glasgow in 2018. Top junior show-jumpers from across the UK and Ireland will compete over four days, in six arenas, with more than 500 ponies and the event is expected to draw huge crowds over the weekend.

Paul Fraser, owner of Ingliston Country Club, said: “This event will see some of the very best young riders competing in one of the biggest equestrian competitions in the UK, some of whom without doubt will be big names in horse-riding in years to come. It’s a massive event and a real coup to have it coming to Renfrewshire not just this year but for the next three years.

“The event is completely free and open to everyone. You don’t have to know anything about horses to come along and it’s a wonderful opportunity to see the top young sportsmen and women in their field competing live.”

Ingliston Country Club is one of 84 local businesses to have signed up to Renfrewshire Council’s Invest In Renfrewshire campaign to reduce youth unemployment and support the local business community. Local young people taken on by the country club as apprentices under the scheme will be among the large numbers of staff working throughout the weekend.

The event will be officially opened on Thursday 9 August by Renfrewshire’s Depute Provost John Caldwell.

He said: “This really is a major sporting event taking place right on our doorstep, bringing with it not only enormously talented riders from across the UK, but also a huge number of horse-riding fans and tourists which will be a major economic boost to the whole area. It’s also great to see young apprentices gaining valuable experience working at such a big competition. I’m really looking forward to experiencing the atmosphere and hope to see lots of local residents making the most of this wonderful opportunity.”

The Scottish leg of the Home Pony International Series will take place at Ingliston Country Club, Bishopton, from Thursday 9 August to Sunday 12 August.

Ingliston Country Club can be reached off junction 31 of the M8.