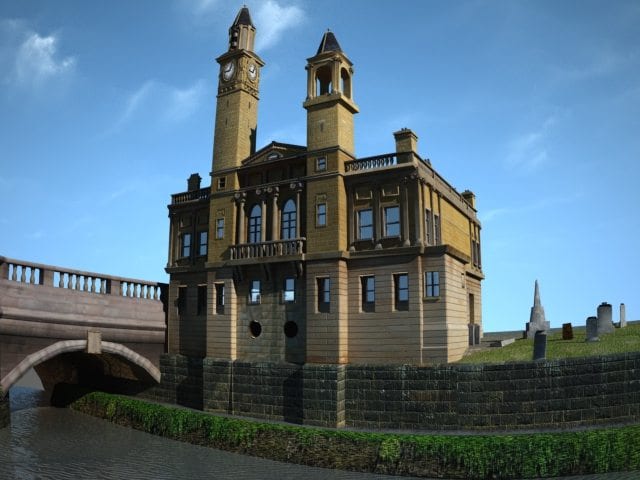 We had an email the other day there from a former student of the University of the West of Scotland and he showed us some amazing images of paisley Town Hall, I wanted to make a blog post to show the talents of Ian below.

Here is what Ian says.

I built this model of Paisley town hall as a project to myself as i’ve always been interested in cgi architectural modelling, this is an industry which is really just taking off and would usually involve a developer having the property modelled via CGI in order to display it to the builders (before building) and the customers (whilst being built). This is one of many uses for a CGI property being built as well as the obvious advantages in promotion.

I wanted to model a building that was easily recognized and my end goal in the town hall was to have a model that would actually look and render as a realistic form. I am happy with the model and am constantly adding parts to it or editing it. I am currently building a scene in which the town hall is a run down derelict building, this is far from finished though (i’ve attached a render to this email)

The town hall was modeled, surface and rendered using professional software Lightwave (9.6) which is a professional piece of software used in many films and CGI projects. architectural modelling is certainly something which i would like to ‘get into’.

I recently graduated from University of west of Scotland in Paisley with an honours degree in computer animation (2:1).

Glasgow News? Daily Updates part of our network
Britain from above – Paisley

Race Night In Aid of MND Scotland
Scroll to top