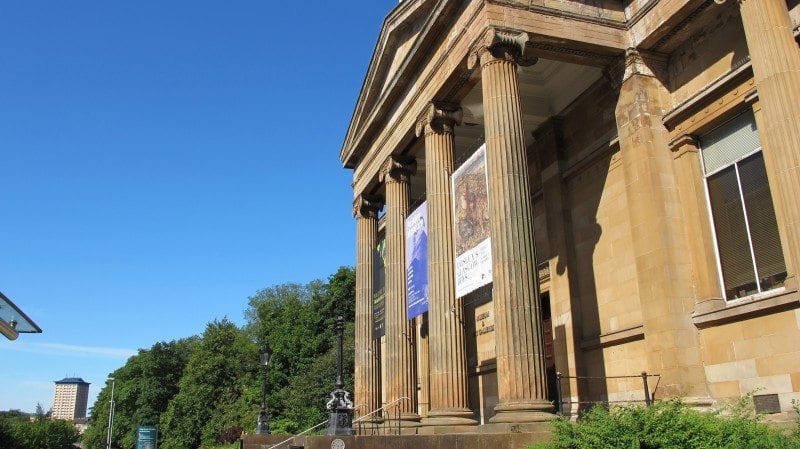 An exhibition of photographs, Sixty Years, Six Lives by Ian Berry (Magnum Photos) to mark 60 years of the UN Refugee Convention, commissioned by the UN High Commissioner for Refugees for Refugee Week 2012 is now opened at Paisley Museum from runs to Sunday 12 August.

Photographer Ian Berry is known worldwide for his arresting, evocative photos – and as a member of the celebrated cooperative, Magnum Photos. Magnum Photos was formed following the Second World War by pioneers of photo-journalism including Robert Capa and Henri Cartier-Bresson. Today its photographers continue to chronicle the world and its people, with a powerful, individual vision. To mark the 60th anniversary of the UN Refugee Convention the UN High Commissioner for Refugees has partnered with Ian Berry and Magnum Photos to produce this exciting exhibition. Berry has photographed refugees around the UK, including Scotland, who came here seeking safety since the 1950s.

Joe Brady (SRC) and Jimmy Muyanja (REEM) opened the exhibition with a fascinating talk on the issues refugees face and their contribution to cultural diversity in Scotland.

The Arts play an important part of the integration process for refugees. It offers opportunities to build bonds, create links and friendships; Sixty Years, Six Lives is a great example of this. The exhibition is a valuable insight into the courage needed to restart your life in different countries. The theme of this year’s Refugee Week is ‘Spirit’; the people of Paisley have always shown great spirit and enthusiasm in welcoming refugees. Long may it continue.

The exhibition will precede and run throughout Refugee Week 2012 (June 18-24). It is one of over 110 events that make up the programme for Refugee Week Scotland which celebrates the contributions refugees have made to the UK, and marks 60 years since the lifesaving UN Refugee Convention was created.

This is the third consecutive year that Renfrewshire council’s arts and museums service has participated in Refugee Week Scotland and I am particularly delighted that Paisley museum is hosting this exhibition of specially commissioned work to mark the 60th anniversary of the UN refugee convention. Events such as this provide an opportunity for people to gain insight to, and understanding of, the issues faced by refugees, and are an excellent example of how art and culture can have a positive impact on the lives of those

who connect with it.

Sixty Years, Six Lives runs from Tuesday 19 June to Sunday 12 August. Admission is free and there is no need to book.

For further information on our events log onto www.renfrewshire.gov/museums.

Glasgow News? Daily Updates part of our network
The Valuation Rolls for 1915 – the Family of Paolo Nutini, Singer and...