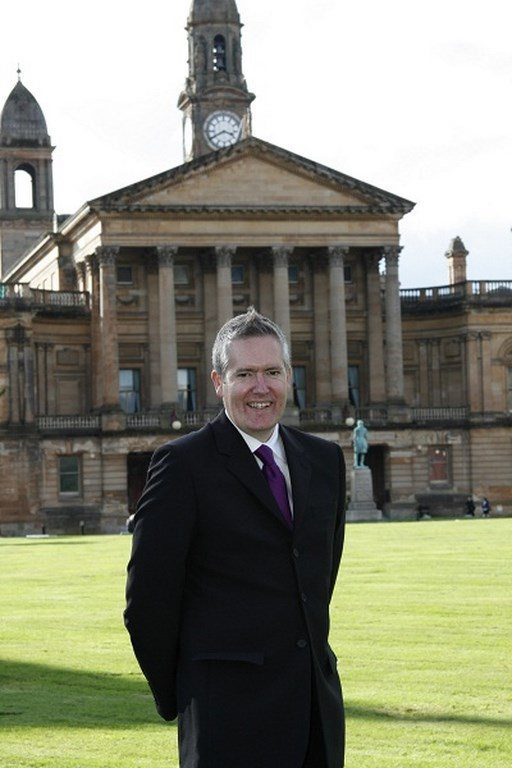 Councillor George Adam, elected member for Paisley South, was recently selected as the Parliamentary Candidate for the new Paisley Constituency in for next years Scottish Parliamentary election in May 2011. This is the first time that a Paisley-only seat has been contested in the Scottish Parliament, due to recent boundary changes.

George was elected to Ward 5: Paisley South Ward of Renfrewshire Council in 2007 Council election. George has been involved with the Scottish National Party since he was 18. He was previously a Scottish Parliamentary Candidate for the Paisley North Constituency during the 2003 Scottish Parliament election.
George was born in Elderslie, in June 1969 (41), he is a true Paisley Buddie and is a fanatical supporter of St Mirren FC. George lives in the towns eastend with his wife Stacey. He has two children- James 18 and Jessica 16 – who live with their mother locally. George and his wife Stacey regularly attend St Mirren matches and follow the Scottish Football team when ever they can

George is convenor of Paisley South Local Area Committee on Renfrewshire Council and has been heavily involved, with that committee, in the regeneration of the Park areas in his ward. The Outdoor Gym in Brodie Park is one of many innovations from this and has proved so popular that another was commissioned for Durrokstock Park in Paisley. He has regularly involved himself in fund-raising for local charities and has ran Paisley 10k for Paisley & District MS Society and MND Scotland for 2010.

“I am really excited about this campaign and I am extremely proud that I am the first candidate for this new Scottish Parliamentary seat of Paisley. Paisley is my home town and when I discovered what the new boundaries would be, I knew the 2011 Scottish Elections in the town could be a historic event.

Paisley Buddies are fed up with the tired and troublesome Labour MSP’s who have represented them over recent history. Very few actually come from the town and many where just political placements. This has lead many locals to look cynically upon local politicians and I believe things could be different.

We only have to look at the work the Renfrewshire administration has already done in regeneration of the Paisley Town centre. The Arnotts site will be transformed in the coming years, empty shops being actively promoted and vastly improved town centre events that increase the shoppers to our town. But it is a work in progress and we must ensure that this continues. It is important that we cannot rely on the inactive Labour MSP’s of the past that have no ideas and only provide us with soundbites and cliches.

We are living in very difficult economic times and it is important that we have representation from someone who has Paisley’s best interests at heart. I believe I am that person. I want to build further on the foundations laid by the local SNP and make Paisley the town we all want it to be.

I will be the only local candidate in next years election. The only one that can claim the title of a true Paisley Buddie. This alone is a very important distinction between myself and the rest. It is time we take Paisley back for ourselves. Moving away from the fatigued , failing politicians of the past and working together for the betterment of our town.

A number of years ago an employer of mine asked me if there was anything more to George Adam than I’m from Paisley, I support St Mirren and I’m in the SNP. I flippantly added – apart from my wife and children that’s about it. But on reflection I can look at this comment and put it into context for the coming election. My name’s George Adam, I come from Paisley and I want to be the your first Member of the Scottish Parliament!”