Paisley’s War Memorial. Designed by Sir Robert Lorimer it depicts soldiers from the western front accompanied by a medieval knight on horseback.

The Cenotaph was unveiled in 1924.

Unveiling ceremony at Paisley Cross of memorial to the dead of the Great War. 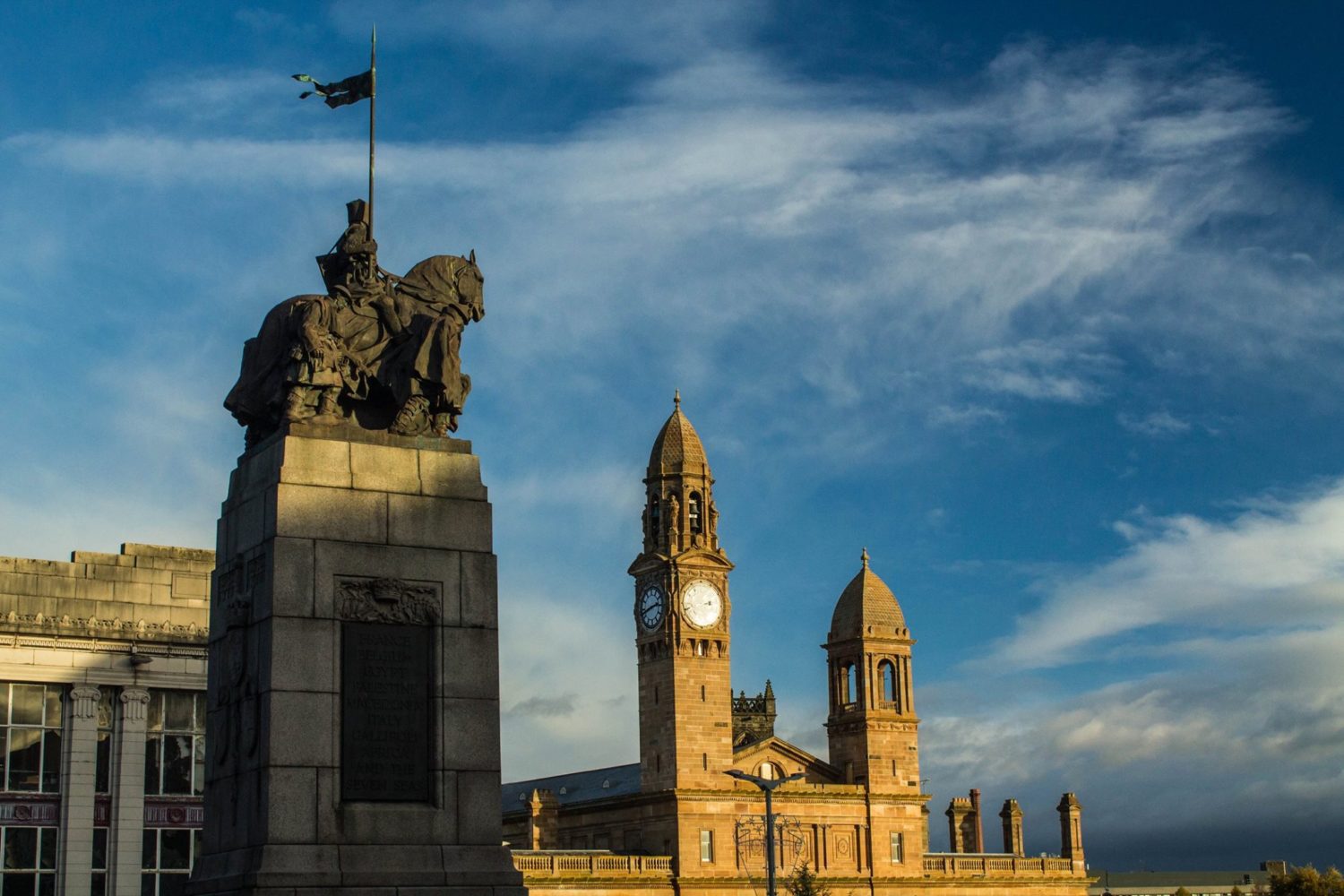 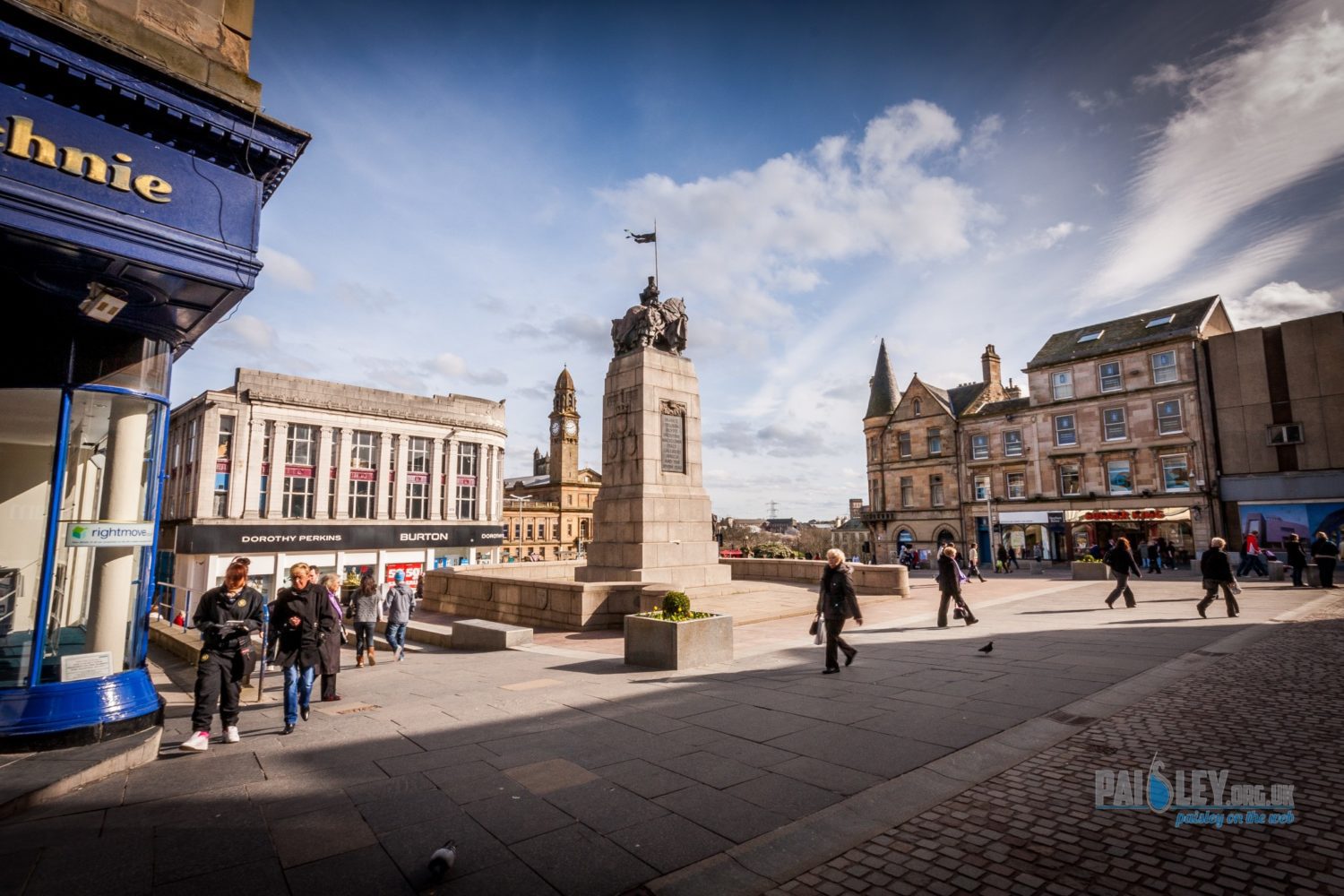 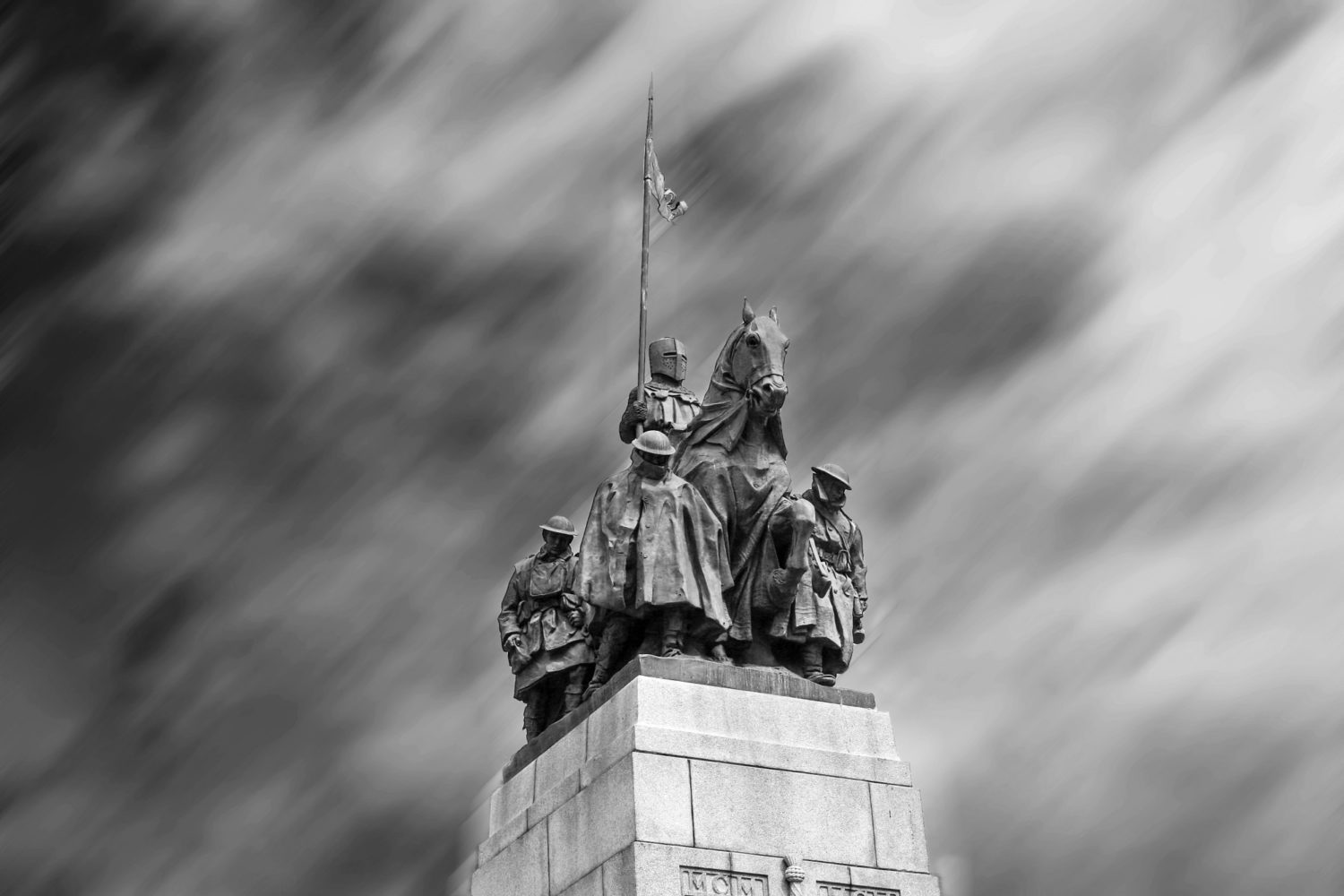 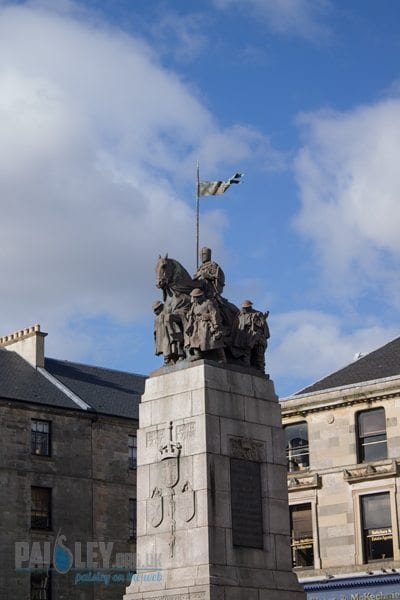 Step back in time to 1924, six years after the cessation of World War One, to witness the unveiling of Paisley’s iconic war memorial, set amid old streets and shop fronts. The streets heave as twenty thousand men and women jostle for a view while mischievous children clamber up lampposts and statues. Smart soldiers and medalled veterans proudly watch as stern military leaders and dignitaries unveil the memorial before sombre crowds, Scouts and the Boys Brigade lay wreaths.

The cenotaph of the Paisley war memorial was designed by sculptor Meredith Williams. It features a mediaeval Crusader on horseback surrounded by four battle wearied First World War infantrymen. According to the Paisley Daily Express from July 28th 1924, “the idea which the group is intended to convey is that our men in the great war in their splendid determination were animated by the same spirit as the Crusaders, and were striving towards an ideal similar to that which stimulated them”. The monument itself was designed by prolific Scottish architect Sir Robert Lorimer and was constructed using 228 tonnes of granite. The memorial commemorates the 1,953 local men who lost their lives in the Great War.