Paisley in a panic

The douce burghers of Paisley began to panic when they heard that the wild Highland army of Bonnie Prince Charlie was about to march into the town. The panic was real, since the town was a loyal supporter of the Prince’s enemy, the Hanoverian government.

Paisley men and soldiers had proved their first loyalty was to the Hanoverian king. The panic started with a rumour. On Saturday, 28th December, 1745, Paisley folks had heard that Prince Charles was in Glasgow, only seven miles away. 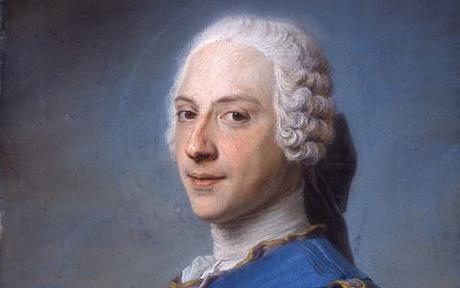 “last will and testaments”

There, he had levied clothing from its citizens for his motley, ragged regiment of wild, hungry, Highland soldiers and they feared he would soon be in Paisley. That evening, Paisley Town Council held a hurried meeting to prepare for an emergency. Meanwhile, wealthier Paisley folks, fearing for their lives and that their property would be destroyed, rushed to their lawyers to make out their last wills and testaments.

Local farmers, fearing their cattle would be slaughtered by the hungry, Highland army for meat, drove their herds to hide in the hills around Lochwinoch. On the following Sunday afternoon, between 150 and 200 of the rebel army marched through Paisley on their way to a raid on nearby Blackston House. One of their officers first left a letter at Bailie Fultons House in Causeyside.

This turned out to be a military summons. Mr. Fulton was not at home, so his servant girl, Margaret Parkieson, who had opened the door to a Highland army officer, was asked to convey the letter to the magistrates. The contents of the letter were ominous. As well as demanding that meat and drink be sent to Blackston House to feed the Highland raiding party, the letter commanded that two of Paisley’s senior bailies, Kyle and Park, attend a meeting in Glasgow.

If they did not appear in Glasgow the following day, They were to suffer military execution at the hands of the rebels. On Sunday night, the worried council and the inhabitants of Paisley held a public meeting. It was decided that a deputation including Kyle and Park should meet the Prince and his secretary, John Murray of Broughton, at their headquarters in Glasgow.

“Old scores were settled at Blackstoun”

The deputation duly arrived on Monday in Glasgow. To their astonishment, they were told that a fine of £1000 had been imposed on Paisley. If not paid, the town would be looted and pillaged. This had already happened to the nearby mansion of Balckston, the home of distinguished soldier, Alexander Napier, a Hanoverian officer who had succeeded in harassing the rebel army. Old scores were settled at Blackston.

Here, only two miles from Paisley “there appeared seven score Highland men, who demanded a thousand stone of hay, and a large quantity of corn” from Napier’s wife. After plundering the house, they marched back to Glasgow. The Paisley deputation, with full knowledge of the happenings at Blackston, decided to plead poverty to the Prince. how could a population of only four thousand souls pay such a heavy fine? However, the Prince was not impressed and Bailie Kyle and William Park were detained as hostages until the fine was paid.

Through the good offices of John Whyte, a Paisley Lawyer who knew the Prince’s secretary, John Murray, a further meeting was held. Whyte, in typical Paisley fashion, managed to beat the demand down to £500! The Town council had to borrow the money in a hurry and initially made a payment of only £300, hoping this would satisfy the Prince and save the lives of two hostages.

A receipt for this sum of money was given by Murray. But, the hostages were still to be detained until the balance of £200 was paid. By Friday, the deadline, the balance was paid in full. Another receipt was given for the full amount, the hostages freed and the town saved! Paisley owed a debt of gratitude to Colonel William McDowall of Castle Semple, for he was the rich merchant behind the scenes, who had lent Paisley Town Council the sum of £500, in their hour of need, to pay the fine.

Paisley, being Paisley however, did not give up the fight to try and reclaim the money. In 1753, years after the Jacobite rebellion had failed, the town raised an action against John Murray of Broughton, on the grounds that he was the principal agent in extorting money from the town. Broughton claimed that he merely acted for the Prince. He was relieved of any responsibility by a parliamentary Act of Indemnity. In defence, he went even further and claimed that the original military summons served on Paisley did not bear his hand written signature, but a stamped cachet.

He even claimed that his signatures on the receipts given to Paisley were forgeries! Broughton won his case with expenses! These original documents with their ‘signatures’ can be seen in Paisley Museum. Unlike other towns who were forced to pay out money to the “Young Pretender” and his Highland hordes, Paisley was never compensated by the government for her financial loss. as late as 1760, Paisley made an appeal to the house of Lords, but without success.

After this, Paisley appealed to the Lords of the Treasury for compensation, on the grounds that they had been “subjected to the exaction on account of their loyalty”. Again, the appeal failed. It is reckoned that, today, the government might well owe Paisley a whacking £45,000,000, including interest, should it ever decide to pay up!