Thomas Antonio Conti was born in Paisley on 22nd November 1941, to a pair of hairdressers (Alfonso, his Italian immigrant father, and Mary McGoldrick, his Irish-Catholic mother). Tom began taking piano lessons at the tender age of four. According to “The London Observer”, by the time he was six he was “threatening to be a genuine prodigy.”

A student at Hamilton Park Catholic School (for boys), he initially trained for a musical career as a classical pianist but switched gears while attending the Royal Scottish Academy of Music and Drama. Tom auditioned for the drama department and from that day forward he was hooked. Conti’s acting credits began with the Citizen’s Theatre’s 1959 production of “The Roving Boy” at age 18.

After years of success on the stage, Tom’s first film role was as Andrea, in Joseph Losey’s “Galileo”, 1975. He then landed a leading role in the movie “Flame”. Tom played the part of “slick, cynical promoter” for the music group “Slade”. According to the “Guardian”, Tom’s portrayal was “well-nigh perfect”.

It wasn’t stage or film that finally gave Mr. Conti true stardom. It was the 1976 television series ‘The Glittering Prizes’, where he played Adam Morris that helped launch his career. He was named Britain’s ‘best T.V. actor’ in 1976 and soon earned more applause as Norman in the 1978 PBS mini-series ‘The Norman Conquests’. ‘Norman’ became one of the most popular dramatic series in the history of public television. 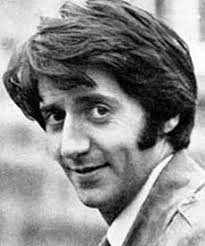 Stage appearances and 3 movies soon followed his success on television. “Eclipse”, ‘Full Circle’ aka ‘The Haunting of Julia’, with Mia Farrow, and the role of doctor in the film ‘The Duellists’. The role that Mr. Conti is best known for was created by himself… that of Ken Harrison in ‘Whose Life Is It Anyway?’. Ken’s spinal cord is severed in a car accident. Being a former sculptor, Ken begs for the right to decide his own fate, not wanting to spend the rest of his life on life support.

This role was the most challenging of Tom’s career. He could only rely on facial expressions and his voice to portray the struggles and torment of Ken Harrison. After two runs in London to packed houses, ‘Whose Life’ moved to Broadway where Conti was almost replaced by the Actor’s Equity Council. According to the Union, Tom was not an ‘international star’, and thus should be replaced with an American. His case was represented at a special arbitration meeting where the show’s producer, a film critic and a talent agent stepped up to the plate for Conti. The Conti team won, and opening night raves soon supported the Conti cause. After three months, critics were still amazed with his portrayal of the role. That year Conti received a Tony award for best actor!

Returning to London in 1979, Conti was successful in a handful of directorial debuts, most notably in ‘Beyond Therapy’. After a successful run as co-star of ‘They’re Playing Our Song’, Tom won an Oscar nomination for best actor of the year for his portrayal of Gowan McLand in ‘Reuban, Reuban’.

Tom has been married to British actress Kara Wilson for nearly 37 years. They have a daughter, Nina, who is an accomplished actress in her own right.