Fred Goodwin was born in Paisley in 1958. He attended Paisley Grammar School before studying Law at Glasgow University and qualifying as a Scottish Chartered Accountant.
He became a partner in accountancy firm Touche Ross in 1988 and a swift rise in his career followed. He headed the worldwide liquidation of the Bank of Credit and Commerce International after its collapse in July 1991 and at age 32 he was in charge of over 1,000 employees in several corners of the world. He was also involved in the takeover of Clydesdale 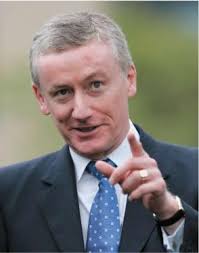 Bank by National Australia Bank. During that time he cut hundreds of jobs, earning himself the nickname of Fred the Shred.

He is best known for his position between 2001 and 2008 as Chief Executive of the Royal Bank of Scotland. He bought over dozens of rivals including Dutch bank ABN Amro, making RBS the world’s fifth largest bank. He was knighted in the Queen’s Birthday Honours list in 2004 for ‘services to banking’.

Following two rights issues and a UK Bank Recovery Package in 2008, Fred Goodwin announced his resignation and early retirement from RBS a month before losses of over £24bn were announced.
In January 2012 his knighthood was rescinded by the Queen on advice from Prime Minister David Cameron.

*Some information taken from Wikipedia.