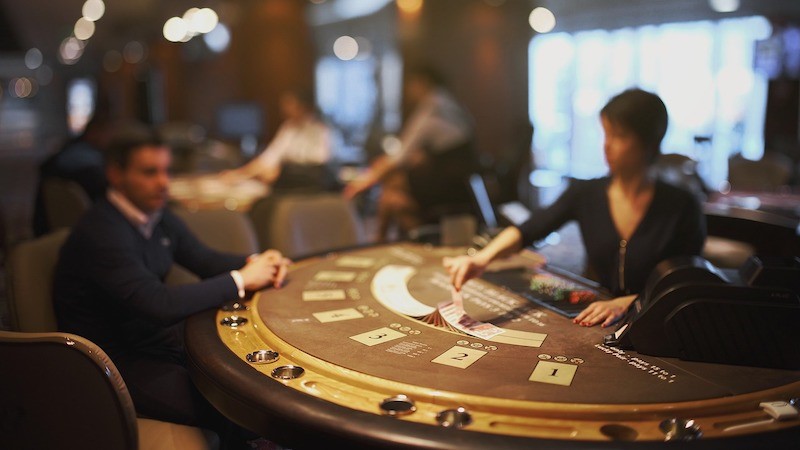 When it comes to gambling, there are many differences in habits across the world with countries that are passionate about betting and others in which this trend is less to be observed. Brits and Scots in particular, are known for their interest in betting and gaming, from supporting their favorite horse during Cheltenham or Grand National to themed slot machines of all kinds whether they spin the reels in the shop around the corner or on the internet in one of the many online casinos on the market. The UK Gambling Commission has made it its focal goal to promote responsible gambling and regulate gambling advertisement as well as raise awareness in the society in order to avoid this leisurely hobby of many passionate punters getting out of hand.

But which nation actually has the highest number of gamblers worldwide?  We will be taking a look at two of the heaviest gambling groups in the world and discuss how this affects them and why gaming is such crucial aspect of their national identity.

Scots love betting and gambling on sports, social events or just for fun. They’re ranked the top gamblers in the UK with more than 66% of adults partaking in some form of gambling each year, ranging from horse races to greyhounds or social events, especially around the Royals. A study which had been conducted by the UK Gambling Commission, the regulatory authority within the region’s gambling industry, had revealed that Scotland’s natives had surpassed the national average of 63% when it came to gambling.

Scotland has the highest level in terms of online sports betting with a figure of 10%, with 5% of gamblers making use of bookmaking machines which can be found at kiosks or in betting shops. However many of these small shops are closing due to fierce online competition from internet sites with more attractive product offers and massive bonuses.

Another reason why small shops are not sustainable on the long run was the government enforced decrease of the maximum bet from ₤100 to ₤2 per wager on fixed-odds terminals which could be found in every single betting location. Reduced profitability led to removal and decreasing customer numbers leading to bankruptcy of many local retailers.

Even more passionate gamblers in Down-Under

If you thought Scotland’s population was into gambling, you’ll be surprised to hear that Australia is topping them by far! Slot machines, locally known as pokies, are incredibly popular and await their clients in common places such as hotels, sports bars, and pubs. An estimated A$24 billion is generated on slot machines alone, this is 50% higher than second-place region, Singapore, a known gaming Mecca for Asian and international tourists. This means that Australia’s gambling revenues are $12 billion higher than Singapore’s, a crazy number, indeed.

At the moment, there’s conflict rising between casinos and people lobbying against the act of gambling, with both parties trying to win over the government. There is no denying that the government is more than happy to accept the tax revenue being generated by these machines which are highly profitable and fund public treasury budgets substantially.

There are those who are opposed to how the government has allowed pokies to be placed within communities fearing responsible gaming is not taken seriously by everybody. And while these machines are a popular source of entertainment for Aussie players, conflict around them continues to create tensions in this generally so laid-back society.

The situation is similar in neighboring New Zealand, where Kiwis’ passion for pokies has no limits. Since online gambling is on a rise, players from remote corners of the country have gained access to the best real money online casinos nz via the internet. No need to travel far to enjoy gambling related entertainment, it’s available from the comfort of the Kiwi’s individual home. Statistics have shown that New Zealanders and Aussies are like minded heavy spenders in this particular category.