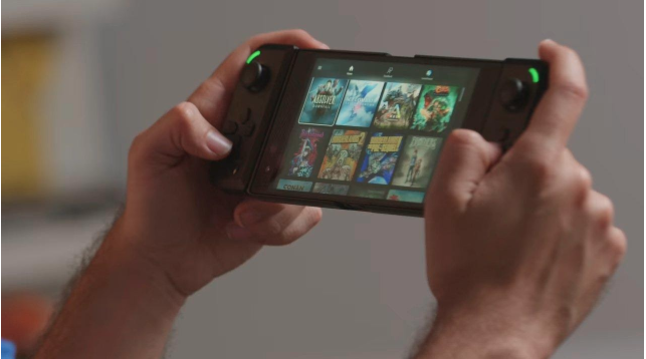 The world of gaming has reached new heights in recent times, especially with the emergence of the internet and, subsequently, online gaming. The progression in this space has been frankly obscene.

We’ve seen consoles come to the fore with more sophistication than ever before, the likes of VR gaming has entered into the space, coupled with the introduction of various puzzle apps you can download for your phone, alongside the ability to surf the web and explore the hundreds of slot games on offer at https://www.mansioncasino.com/uk/. Then there’s augmented reality with games like Pokemon Go proving hugely popular, alongside the emergence of handheld devices such as the Nintendo Switch. The options are endless.

Mobile phone gaming is the focus of this particular article, though. Its surge in popularity has been impossible to ignore, especially in a world where consoles are better than ever before. Why is it still so popular? Here are a few key reasons as to why.

The main thing mobile phone gaming has over other forms of gaming is that it’s easily accessible. Everyone has a mobile phone these days, right? Throw in the fact that they’re portable – meaning you can game pretty much anywhere – and it’s easy to see why mobile phone gaming is more popular than ever before, even here in Paisley! All you need is a smartphone, and with that comes the option of accessing the vast array of mobile games that are out there. It takes a matter of seconds to download a game, which is a hugely attractive proposition for gamers who like to try out a wide variety of creations. Compare this to the likes of owning a Playstation – which is far from hassle-free – especially if you buy a game that isn’t to your liking and you need to take it back to the store.

Thanks to the modern world and the sophistication in technology, mobile phone games have had some console-quality titles added in recent times. The likes of PUBG Mobile has proven to be hugely popular and is certainly a far cry from the days of Snake on a chunky Nokia phone which imitated a brick. Developers are also releasing mobile games simultaneously with their PC and console versions, demonstrating further just how influential the mobile gaming market is. Developers are doing everything they can get in on the action.

Another huge factor that works in favour of mobile gaming is the fact that many of the games available for download are either free or incredibly cheap, especially when compared to Xbox or Playstation games. The gulf in price is humongous. Of course, you do get what you pay for, and many mobile games are seen as short, quick fixes, but there are more and more detailed, longer games available these days too. Yes, the graphics might not be as good as their console counterparts, but they’re still more than acceptable and highly entertaining. A quick search on AppStore or Google Play leads to thousands of games, all at your fingertips.

Fun and easy to grasp

Mobile phone games are fun and easy to pick up, too. From your grandma to your little cousin, everyone has a game on their phone, be it a puzzle or a shooter. From RPGs to MMOs to simulators, there’s an abundance of fun creations to attempt, with many being easy to grasp. It certainly helps when appealing to a wider audience. You don’t need to be a dedicated gamer to play a mobile game.

Glasgow News? Daily Updates part of our network
New Ren TV channel to keep everyone fit and entertained during lockdown

Strategies for Winning when Betting Online
Scroll to top