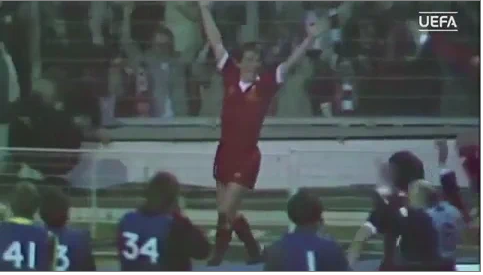 It is still very early days for Scotland captain Andy Robertson but with his Liverpool team breaking record after record this season, on the back of last season’s Champions League victory, the future is definitely looking bright.

Scotland has produced some outstanding footballers and managers over the years, with many heading over the English border to join the top flight of English football. Both Kenny Dalglish and Graeme Souness signed for English giants Liverpool and enjoyed great success there, and we can’t forget Denis Law who picked up the coveted Ballon d’Or in 1964, amongst other achievements with Manchester United.

But with Liverpool having built a remarkable team that could dominate European and English football for years, a hero from nearby Glasgow could be the next to make Scottish footballing history. Could Liverpool’s first-choice left-back Andy Robertson become one of Scotland’s most honoured players in terms of trophies? What would he need to do to join this trio of exceptional Scottish players? Here is how they compare.

Andy’s current achievements look destined to be joined by the long-awaited Premier League trophy that Liverpool are closing down on. It seems much more a case of when, not if, as they opened up a record-breaking gap of 25 points over their closest rivals Manchester City this season.

They are also into the knockout stages of the Champions League, as they look to put up a very strong fight to become back-to-back winners of Europe’s top trophy. As of 18th February, Liverpool were joint-favourites with Manchester City to win the Champions League this season, with odds of 4/1. Other football betting odds have Liverpool at 4/1 for winning the FA Cup, shortly behind Manchester City.

If Liverpool do stay on course to add the Premier League, as well as the Champions League and FA Cup, to their cabinet this season, then this will quickly double Robertson’s trophy haul. Aged 25, Robertson could easily have another six or more seasons playing at the very top, as proven by his teammate James Milner, who is still picking up trophies at 34.

It would take an incredible run of success for Robertson to emulate Kenny Dalglish’s achievements but he could definitely challenge Souness and Law to break into the top three most successful Scottish footballers of all time. If he manages to stay injury-free and keep his amazing run of form going with Liverpool, where he is producing high numbers of assists, then he has a very good chance of becoming a true Scottish legend.