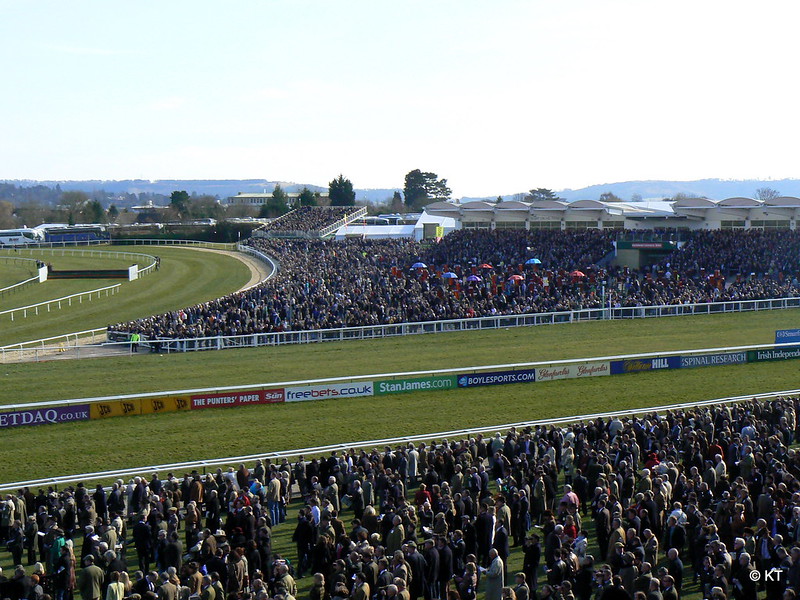 Many Paisley residents cheered on and backed Paisley Park as he won the Grade 1 Stayers’ Hurdle at the Cheltenham Festival last March.

OK, it’s more likely he’s named after deceased pop icon Prince’s mansion than the Scottish town. This was one instance where liking the name of a racehorse paid off if you had a bet on him.

Paisley Park announced himself as the champion of the staying hurdle division in Britain with that Festival triumph, capping an undefeated season that saw him progress from handicap company to winning twice at the highest level.

Trainer Emma Lavelle’s star turn is all the rage to win the Stayers’ Hurdle again, with the latest Cheltenham horse racing betting putting Paisley Park odds-on at 4/6 to retain his crown. Are those odds justified? We think so, and here’s why…

His main rival, according to the market, is the Willie Mullins trained mare Benie Des Dieux. Although she has won her last two starts over the approximate three-mile distance of the Stayers’ Hurdle, she holds another Festival entry.

That unsurprisingly is the Mares’ Hurdle which Benie Des Dieux won two years ago. She would have repeated that feat at Cheltenham last season if she hadn’t fallen at the final flight.

Mullins likes nothing more than training big Festival winners and Benie Des Dieux is a very strong contender to regain her Mares’ Hurdle crown. Owners Rich and Susannah Ricci may not want to subject her to a harder race and taking Paisley Park on with other targets at Punchestown and beyond.

Away from what major Irish opposition may or may not do, let’s not forget that Paisley Park has since won both his subsequent starts after Cheltenham since returning to action this season. They have only been at Grade 2 level, but he proved a length too good for popular veteran Thistlecrack at Newbury and beat Summerville Boy by a similar margin when warming up for the Festival with a second Cleeve Hurdle success.

Paisley Park won the latter race on Festival Trials Day as his final prep run for the big one at Cheltenham before. In doing this again, he has beaten most of the major British contenders and hopefuls for the Stayers’ Hurdle.

While owner Andrew Gemmell and trainer Lavelle decided to swerve very heavy ground in the Long Walk Hurdle at Ascot before Christmas, they can’t really be blamed for changing plans late. That race meeting only went ahead at the last minute, passing a final inspection about half-an-hour or so before the first.

Paisley Park comes back to the Festival with fewer runs under his belt than last term. He is still undefeated since the 2018 Albert Bartlett and should be a fresher horse for Cheltenham as a result of the lighter campaign this season. His form sets a clear and obvious standard for the Stayers’ Hurdle and that’s why he’s a much shorter price in the betting this year than last.

Glasgow News? Daily Updates part of our network
Applications welcomed for latest round of funding from Renfrewshire’s Local...

What Is CBD Vape Oil And What Does It Do?
Scroll to top