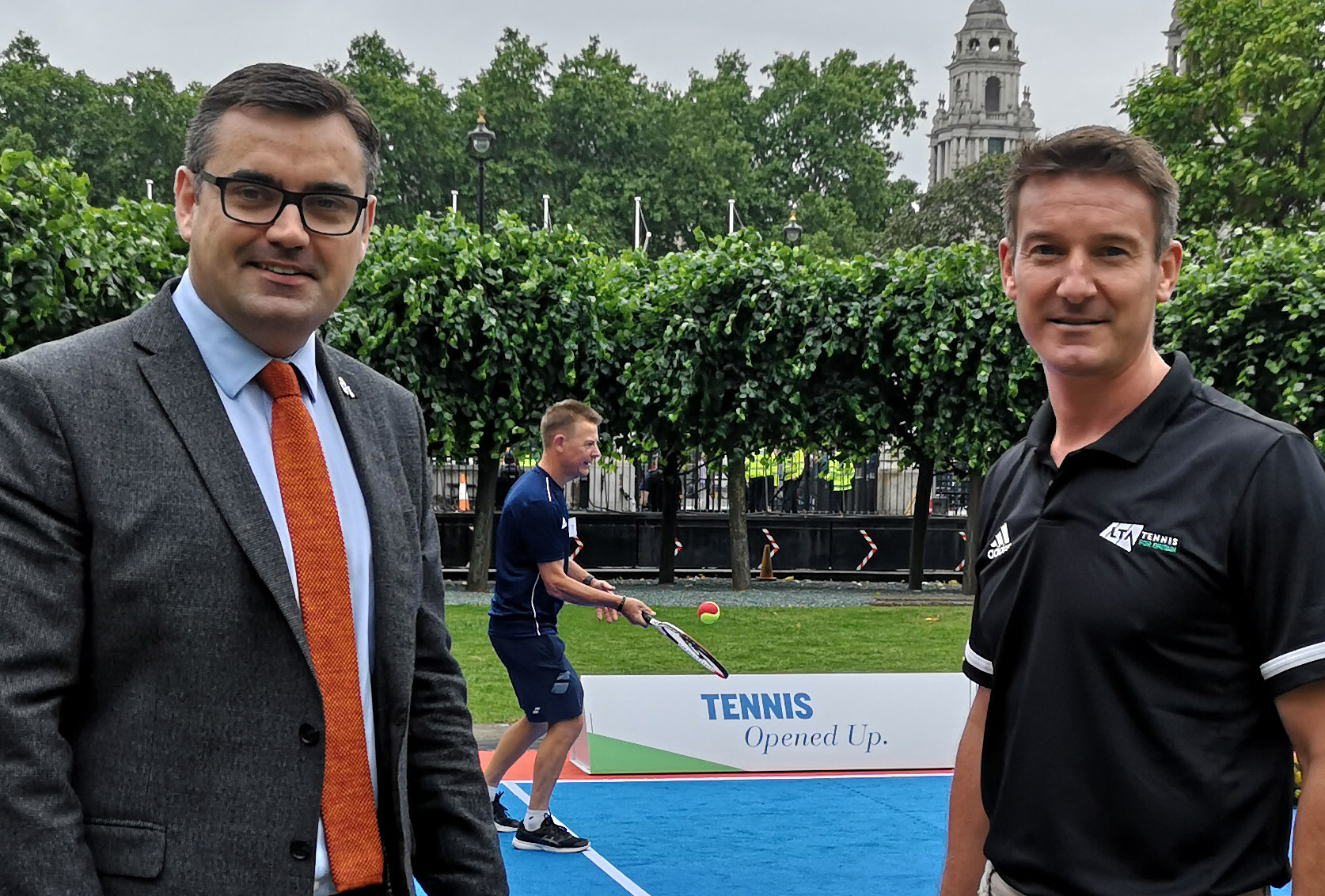 Gavin Newlands MP joined the Lawn Tennis Association to back their announcement of ambitious plans to develop hundreds of new indoor tennis courts in communities across Great Britain over the next 10 years – but urged them to give Renfrewshire and Scotland the fair share of investment.

Gavin pushed tennis chiefs at an event the Houses of Parliament, taking the opportunity to press LTA bosses on what more the governing body should be doing to support tennis in Scotland and their plans to grow the sport more generally.

As part of this initiative nearly 100 areas across the UK have been targeted as having little or no access to indoor courts., A dozen of these are in Scotland – but Renfrewshire is not on the list.

“In the week Andy Murray returns to action at Wimbledon, our tennis facilities will be as busy as ever.  The enthusiasm for the game the Murrays have sparked over the years continues, but the courts our future superstars play on need to keep up.

“The more investment we have in infrastructure the better – but that also means ensuring local kids and adults can play the game.

“It’s frustrating to see the huge financial dividends of Wimbledon aren’t coming to Renfrewshire.  Tennis Scotland have done a great job over the years but they’ve been hamstrung by decisions elsewhere.

“I congratulate other towns for already securing investment through the current investment programme that Tennis Scotland is currently rolling out, but Renfrewshire requires affordable indoor facilities open to the general public, and I will continue to push for this.  Moreover, we need to ensure that the present public park facilities such as those at Robertson Park and Brodie Park are in a playable condition. The Robertson Park courts are still well below par and it is not good enough.

“Getting the infrastructure in place for tennis in Renfrewshire is key to making sure the Andy Murrays of the future can emerge from our area”.

“We are already making progress with several new indoor tennis centres currently going through the planning process in Scotland, and I am looking forward to us working with local authorities and partners in all of our target locations across the whole of Britain”.

Glasgow News? Daily Updates part of our network
How to Give Back to Your Community