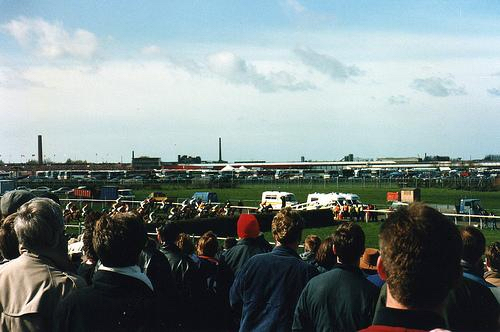 “Which horse will create their place in Grand National history?” (CC BY-SA 2.0) by David Holt

One For Arthur flew the flag for Scottish sport when capturing the world’s most famous steeplechase, the Grand National at Aintree, two years ago.

True trials for the extended 4m 2f race are hard to find, but the Scottish Grand National at Ayr Racecourse some 30 miles or so south of Paisley can provide clues for the Merseyside showpiece.

With the 2019 Grand National fast approaching, here are the Scotland trained hopes and those who ran well in the Scottish equivalent last season with claims at Aintree.

The first three home in the 2018 Scottish National all get entries into the big one this time, but unlucky second Ballyoptic is the only one of that trio guaranteed to line-up in Liverpool.

This is because, at the time of writing, Nigel Twiston-Davies’ charge is among the first 40 horses in the 2019 Aintree Grand National weights. That is the maximum field of runners that can go to post.

Ballyoptic was just beaten a nose at Ayr by Joe Farrell, but the inmate of Welsh trainer Rebecca Curtis’ stable would need almost 20 horses to come out of this race in order to meet him again.

Neither of these horses have won this season. Ballyoptic fell over the Aintree fences in the Becher Chase back in December, was then a well-beaten sixth in the Welsh National at Chepstow and pulled up at Haydock last time out.

Joe Farrell, meanwhile, was a rusty looking sixth in a veterans’ chase at Newbury on his first start since winning the Scottish National but then a creditable second at the same venue. These performances are reflected in top prices of 50/1 for both him and Ballyoptic with bookmakers.

If there is an Ayr runner worth putting a free Grand National bet on, then it may be the Scottish National third Vintage Clouds at 16/1. This Trevor Hemmings owned grey hails from the Yorkshire yard of Sue Smith, who saddled Auroras Encore to Aintree glory back in 2013.

While Vintage Clouds needs five horses to forego their Grand National entries to get a run, that looks likely as many trained in the Emerald Isle have the Irish equivalent at Fairyhouse as an alternative option. He was only four lengths behind the front two at Ayr and looks solid each-way value. 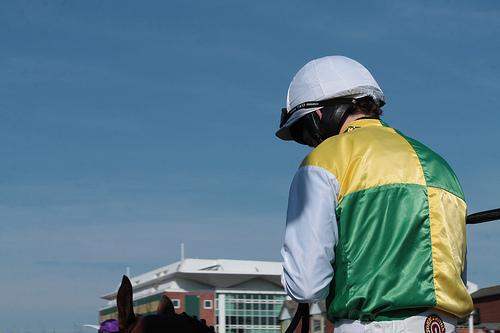 “Both Vintage Clouds and Lake View Lad are set to run in the 2019 Grand National in these colours” (CC BY 2.0) by Henry Hemming

Although One For Arthur looks set to make a bid to regain his Grand National crown for Lucinda Russell, it’s another Perthshire trainer in Nick Alexander who saddles the leading Scottish hope this year.

Lake View Lad has really improved for racing in staying handicaps this season when winning Listed and Grade 3 prizes at Newcastle and Wetherby. This other grey gelding belonging to leading Grand National owner Hemmings also ran a huge race off top weight when just behind Vintage Clouds at the Cheltenham Festival.

Bookmakers now have Lake View Lad at prices between 20/1 and 14/1 for the big one. One For Arthur, meanwhile, is a 33/1 shot but has history against him with Aintree icon Red Rum the only horse to reclaim the Grand National.

Captain Redbeard is another Scottish trained horse who could make it to Aintree from the Selkirk stables of Stuart Coltherd. He got no further than the deceptive Foinavon fence on the Grand National course last year – an obstacle which can catch you out. Captain Redbeard needs about 10 to come out of the race to run in it again this year and is another 50/1 chance.

Glasgow News? Daily Updates part of our network
Revealed: Paisley highlighted as one of the safest areas in the UK for burg...

Are You Getting Married This Summer?
Scroll to top