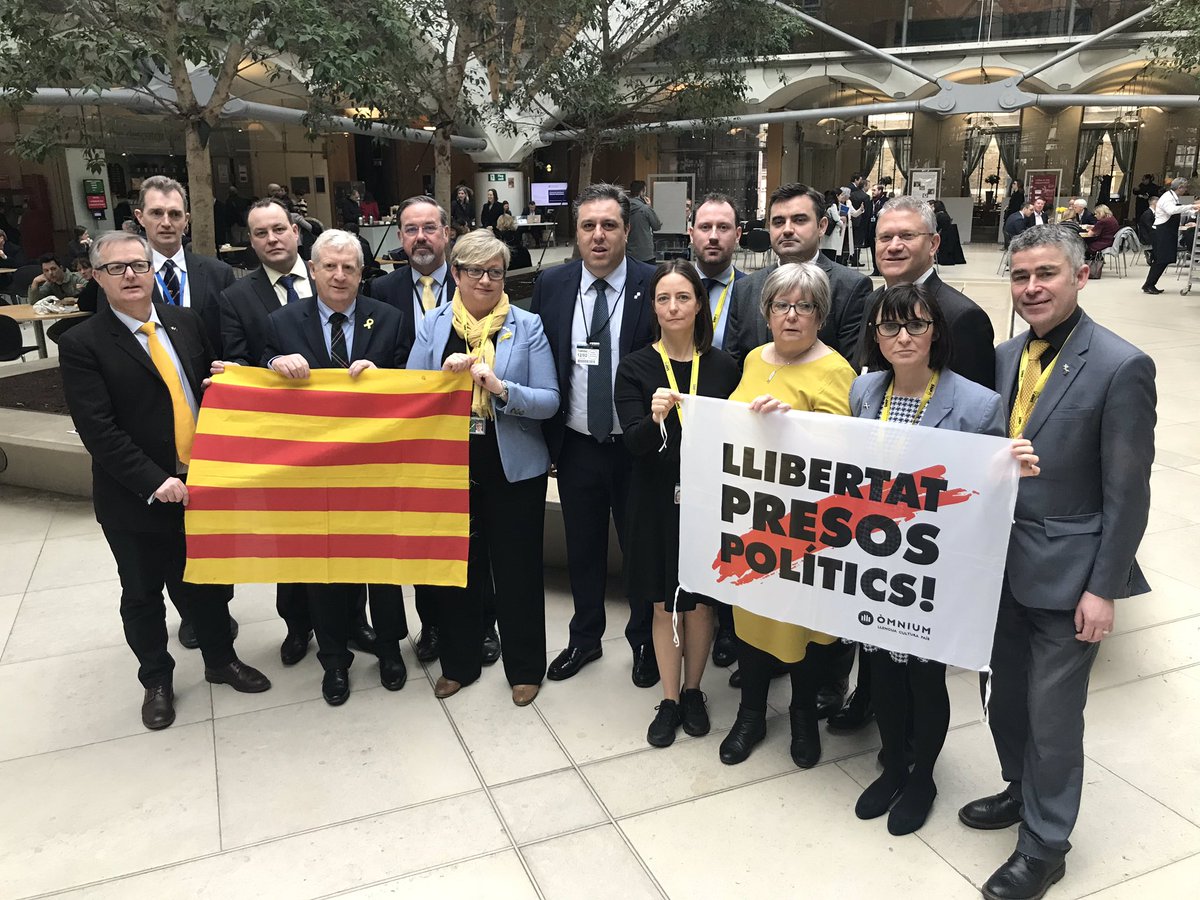 NEWLANDS: THE RIGHT TO SELF-DETERMINATION MUST BE PROTECTED WHEREVER THAT MAY BE.

Gavin Newlands, SNP MP for Paisley and Renfrewshire North, joined calls from MPs of all major parties for a fair and democratic process to bring an end to the Catalan crisis.

This follows the start of the trial of many pro-independence Catalan politicians, activists and blogger, some of whom have been remanded in prison for over a year on trumped up charges of rebellion and sedition. The 12 defendants include the President of the Catalan Parliament (equivalent to the House of Commons’ Speaker), and two civil society leaders.

Newlands has established himself as a strong supporter of the Catalan right to determine their own future and has spoken out against state repression of democracy across the world. Newlands has also drawn the public eye towards the links between Paisley and Renfrewshire North and Catalonia, including the connections to the small village of Borgonya where the local team plays in St Mirren style stripes due to their common history with the Coats group.

Speaking up for the 12 accused, Newlands said:

“I am proud to join MPs from across parties to stand in solidarity with the Catalan political prisoners who this week begun their trial on medieval charges of rebellion and sedition.

“Catalan pro-independence parties went into an election with a promise that they would hold a referendum on their independence, this gave them an undeniable mandate. The Spanish Government cannot continue to ignore these democratic calls forever.

“Regardless of your opinion on Catalan Independence, one thing is certain, namely that as enshrined in article 1 of the UN Charter, the right of Self-Determination must be protected all over the world. It is an international norm that must be respected and championed by everyone who claims to believe in democracy.

“The Spanish Government must agree to a fair and robust democratic process to bring this crisis to an end.”

Glasgow News? Daily Updates part of our network
Change is coming to Lochwinnoch

When school learning is meaningless
Scroll to top