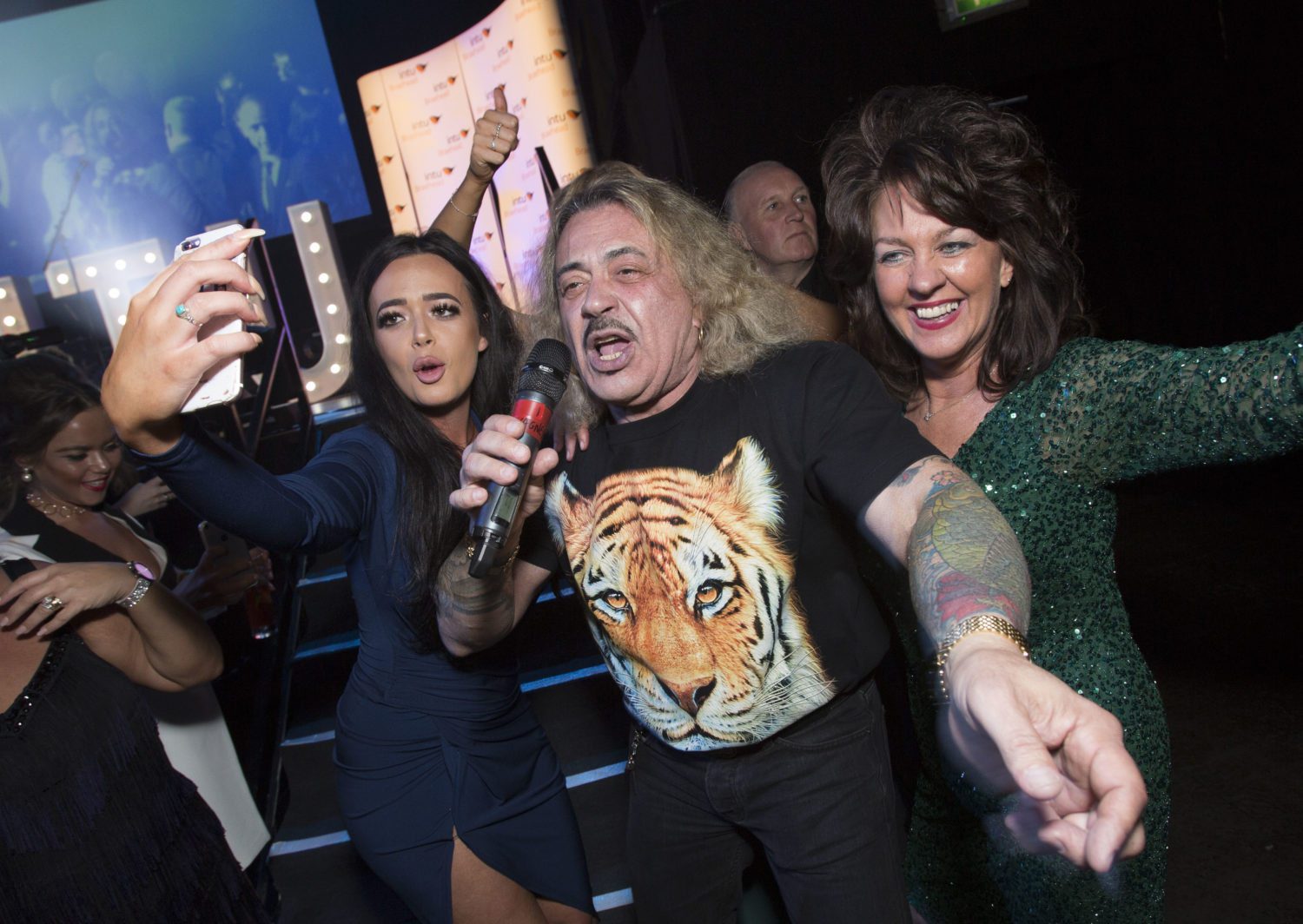 THERE was a surprise in store for guests at the intu Braehead Retailer Awards bash when X Factor star, Wagner suddenly appeared to entertain the crowd.
The Brazilian singer’s appearance was kept a closely-guarded secret all night at the glitzy annual event at Glasgow’s Old Fruitmarket.

intu Braehead Retailer Awards 2017 @The Fruitmarket and City Halls Glasgow
Mark F Gibson / Gibson Digital
infogibsondigital@gmail.co.uk
www.gibsondigital.co.uk
All images © Gibson Digital 2017. Free first use only for editorial in connection with the commissioning client’s press-released story. All other rights are reserved. Use in any other context is expressly prohibited without prior permission.

And when host for the night, Britain’s got Talent Star, Edward Reid announced Wagner, the X Factor performer, who was judge Louis Walsh’s wildcard pick for the TV finals, had to battle his way though the tables as fans crowded round him taking photographs.

When Wagner eventually got on the stage he performed a set of high tempo songs that had the guests dancing. And when he was finished there was an even bigger crowd of people wanting to meet him and take the obligatory selfie with the entertainer.

Hundreds of staff from the stores at the intu Braehead shopping centre attended the event with most of the awards being won after thousands of votes were cast by the public for their favourite stores and leisure attractions.
Marketing manager for intu Braehead, Christine Macdonald said: “We always like to keep a surprise guest up our sleeve for everyone attending the awards ceremony.

“And this year, Wagner certainly did the trick as he’s obviously as popular as he ever was with lots of people wanting to get a selfie with him.”