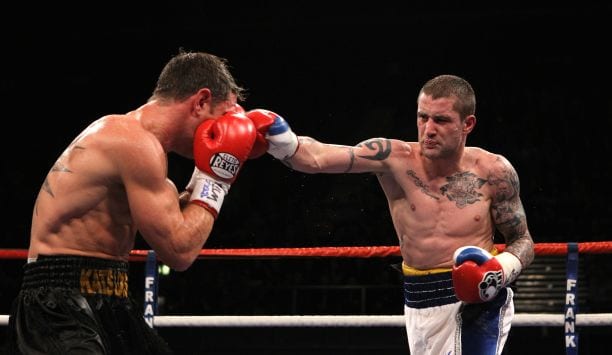 World Champion Ricky Burns makes a spectacular return to Glasgow when he headlines Braehead Arena on Saturday 10th March to defend his Interim WBO World Lightweight title.
Burns put on a sensational performance to beat one of the world’s best in Michael Katsidis to win the title in November in London and gain worldwide respect.
With that win he will become the first Scottish boxer in nearly twenty years to win a second world title in another weight division.

Burns makes a heroes return in what will be an emotional homecoming in front of his passionate home fans.

Further announcements will be made shortly confirming Burns’ challenger for the title.

To buy tickets online click here or call the Braehead Arena 24 hour ticket hotline on 0844 499 1700. To purchase in person visit the arena box office Monday to Friday between 12noon and 5pm (9pm on Thursdays) or on Saturdays between 10am and 2pm.

Glasgow News? Daily Updates part of our network
Make a resolution to have your say in 2012