People look back with fond memories at The Astortia, The Picturehouse, The New Alex, La Scala, The Alex, The Regal, The Kelburne and The Glen. 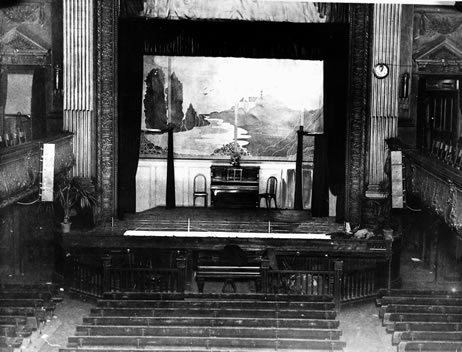 Today they are all gone. Demolished, converted into retail units or Bingo Halls. If a Paisley buddy wants to catch a movie these days they have to travel to Linwood to a retail park. The whole of Britain was horror-struck on Hogmanay 1929 to learn of the dreadful cinema catastrophe in Paisley that afternoon, in which 70 children lost their lives and over 40 were injured.

1000 boys and girls, mostly from working-class homes, were witnessing a matinee performance at The Glen Cinema, when dense clouds of smoke, caused by a film which had started to smoulder in the spool-room, were swept into the cinema. The cry of “Fire” was raised, and the children stampeded in a panic to the back entrance. This was closed, and in the frantic struggle which ensued many children were trampled and others were suffocated by the fumes. In 2003 a project was created to commemorate the terrible tragedy of the Glen Cinema. 2004 is the 75th Anniversary of the disaster and a new exhibition telling an accurate story of events that day. The exhibition pays tribute to the survivors, many of whom are still here today to tell the tale. The Paisley Development Association, in partnership with Fablevision and Renfrewshire CVS secured funding and a community led cultural project was created. The project was split into four sections: A mini excavation of the Glen Cinema Building Coordination of a new Artist in Residence Programme A survivor&#8217;s archive project The creation of a new exciting exhibition