The Glen Cinema is infamous in the history of Paisley, Scotland as it had claimed 71 young lives in 1929 and went down as the darkest day of Paisley’s Past. This website has been created to let you know more of what and where the Glen Cinema was and its future in the form of the old exhibition held in the liberal club some years back, and the promotion and commemoration of the people who died and the people who survived. 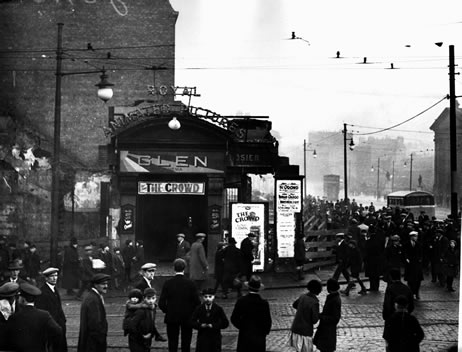 The 90th Anniversary of the disaster will be on the 31st December 2019, the survivors, the people of Paisley, representatives of the local council and churches, and the Paisley Development Trust will lay a wreath at the Cenotaph at 10am that day. This will be an annual pilgrimage so not to forget the poor souls who lost everything.