Two former Photography students have taken the time during the latest restrictions to get their new business venture up and running, and plan to open a new photography studio on Saturday 1 May in Govan, Glasgow.  They have a few ideas to help adapt to the current situation and will open in Govan Workspace which is playing an important part in the regeneration of the local area. 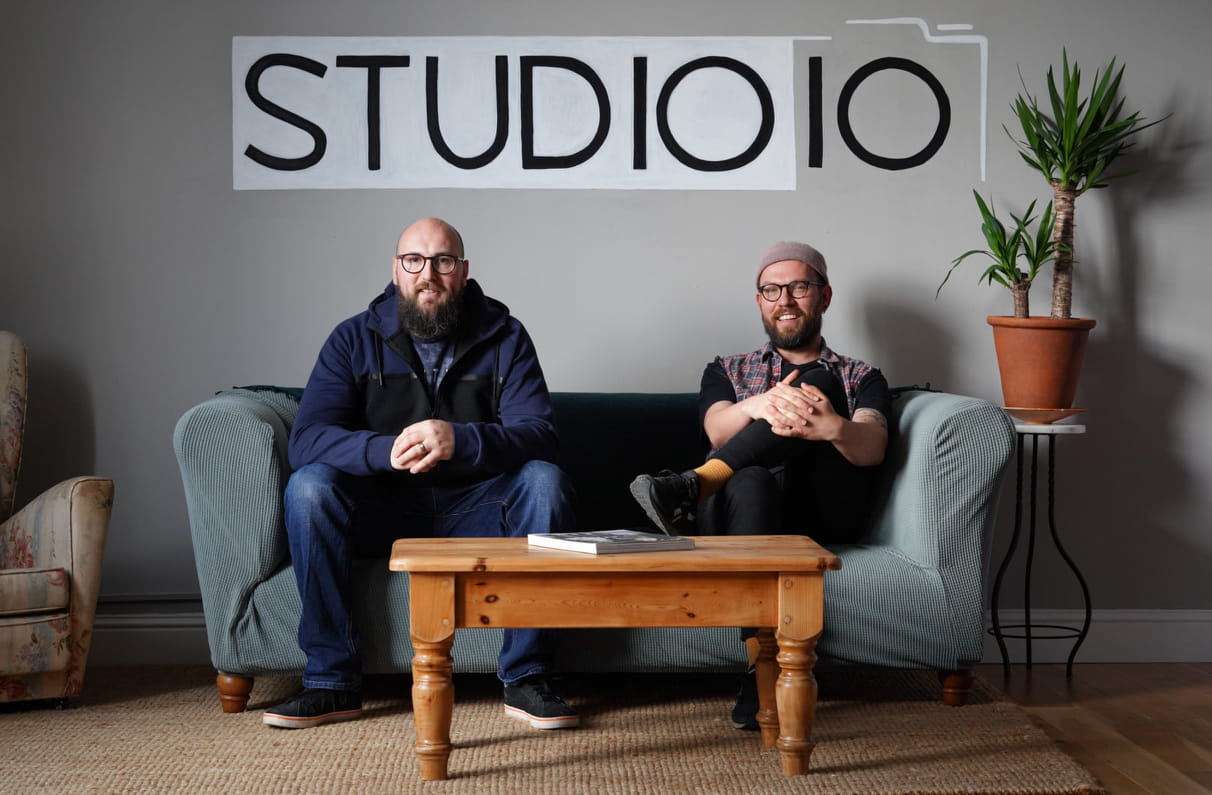 Alan Maclean, 36, from Irvine now living in Hamilton and Mark Billingham, 37, from Glasgow and living in Paisley, both studied HNC and HND Photography at West College Scotland.  The pair met at college and went on to become close friends and now business partners!

Alan bought his first DSLR camera but struggled to work out how to use it, so after a quick search found a photography class at WCS and the rest is history.  Mark on the other hand studied photography whilst still at Reid Kerr College prior to its merger with WCS and had been enjoying taking pictures on his phone whilst living in Malta.  On his return to Paisley, Mark wanted to take his photography to the next level and WCS was the obvious option given its handy location and options for photography courses.  Alan said:

“The lecturers at the college were fantastic and always on hand to help out.  There was support for other areas too although I never needed it.”

Alan enjoyed all the aspects of the course although eventually settled on portraiture as his favourite.  His key to success is to find what you’re passionate about and master it rather than trying to be good at everything.  Since leaving college Alan has worked as a school photographer whilst also starting a company called STILLSSCOTLAND to do stills work in TV and film.  Now his latest project is the new studio with Mark.

When asked about his time at WCS Mark said:

“Having the right guidance was great and I got an immense sense of achievement when I presented work I was proud of.  My biggest regret is not asking for more help as there were plenty of resources and the lecturers were great!”

Mark’s advice to prospective students would be not to be too self-critical and not to compare yourself to others.  He echoes Alan in saying to find your style and to excel at it allowing technical aspects to develop naturally with ideas and creativity being more important.  After WCS, Mark went on to study a BA in photography, which he recently finished, and has an exciting start to his career with the new studio after a brief pause due to the pandemic.

Without their experiences at the College both Mark and Alan say that their studio wouldn’t have been possible.  Although Alan feels that in the photography industry it is your portfolio and your personality that are most important, when asked if he would recommend studying at WCS he said:

“100%. If I never went to WCS I wouldn’t have advanced as far as I’ve come if I was just self-taught. I also wouldn’t have met my business partner and friend Mark.”

He says in order to be successful you can’t be shy, need to be able to think on your feet and be outgoing and approachable.  Alan says that now everyone uses smartphones to take photos it has made the industry more accessible but at the same time it is important not to let this put you off making a proper career out of it.  His ultimate dream is to photograph celebrities and to compile the images and stories behind them.  Either way he can’t see himself doing anything else and hopes that in a year he’ll be running a successful studio!

Mark believes in order to be successful that belief, ambition, determination and being adaptable and prepared for change are key.  The photography industry relies on self-motivation and it’s important to keep up with the ever-changing trends and techniques, so you are constantly learning and looking for the next step.  He says jobs are not guaranteed in this industry – like many others at the moment – so you should expect to have to put in the effort to be successful but the rewards of doing something you love and knowing every job will be completely different are worth it.  When asked if he would recommend studying at WCS he says:

“I would go back to WCS in a heartbeat as I miss the pressure, the community, the relationships and the excitement of result days but there’s only one shot at it and it goes fast, so enjoy every minute of it.”

If you are interested in furthering your photography skills, or like Alan and Mark want to begin a successful career in photography, then apply to WCS to give you the best start.  We have courses for complete beginners up to experienced photographers and our lecturers are always on hand to help you realise your potential.  And don’t forget to check out the new studio in Govan to see what is possible when you study at WCS!

Click here for our Photography Courses available at our Clydebank and Paisley campuses this Autumn.