Organisers of the Beat the Street Renfrewshire game are inviting participants to Go Wild this week!

The themed week starts on Wednesday, 6th October with the aim of encouraging local residents to explore their local parks, waterways and green spaces. There will be bonus points on certain Beat Boxes plus the opportunity to win prizes in a competition to design a birdhouse where the winners will be chosen by the RSPB in Lochwinnoch. 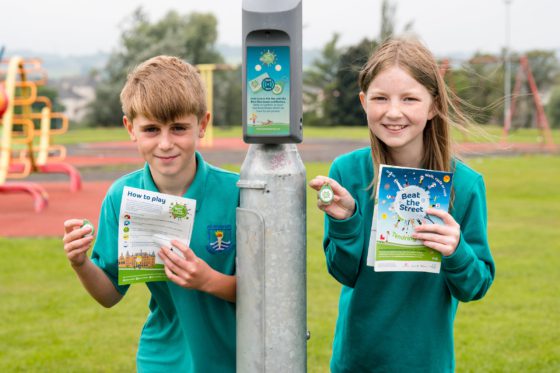 Already, nearly 6,000 people have signed up and have together travelled nearly 34,000 miles across the towns and villages of Bridge of Weir, Elderslie, Houston, Howwood, Kilbarchan, Linwood, Johnstone and Lochwinnoch.

There are leaderboards for school, community, workplace teams and individuals. The top school team on the total and average points leaderboards will win vouchers for books or sport equipment. Additionally, MND Scotland could receive a charity donation of up to £500. The community has reached its first milestone, triggering a £100 donation. If players reach 35,000 miles, the next £100 will be donated.

Currently, Fordbank Primary School is at the top of the total points leaderboard, but it’s still all to play for!

Councillor Cathy McEwan, Convener of Renfrewshire Council’s Infrastructure, Land and Environment Policy Board, said: “We’re delighted with how Beat the Street is going so far and it’s great to see people out exercising and exploring Renfrewshire.

“It’s amazing how we tend to stick to the same tried and tested routes when out walking or cycling, but the game has opened up the idea of exploring our towns and villages, which is revealing new areas and parks people might not have been to before, even if they’ve lived there for years.

“Beat the Street is a positive and community-focused way of encouraging people to get more active, by walking, cycling and wheeling around this beautiful area, plus it’s more important than ever to get as fit and healthy as possible”.

Anyone of any age is invited to take part in the free game and you can still get involved for the remaining weeks. Just pick up a card from one of the distribution points listed at  www.beatthestreet.me/renfrewshire or search for @RenfrewshireBTS on social media