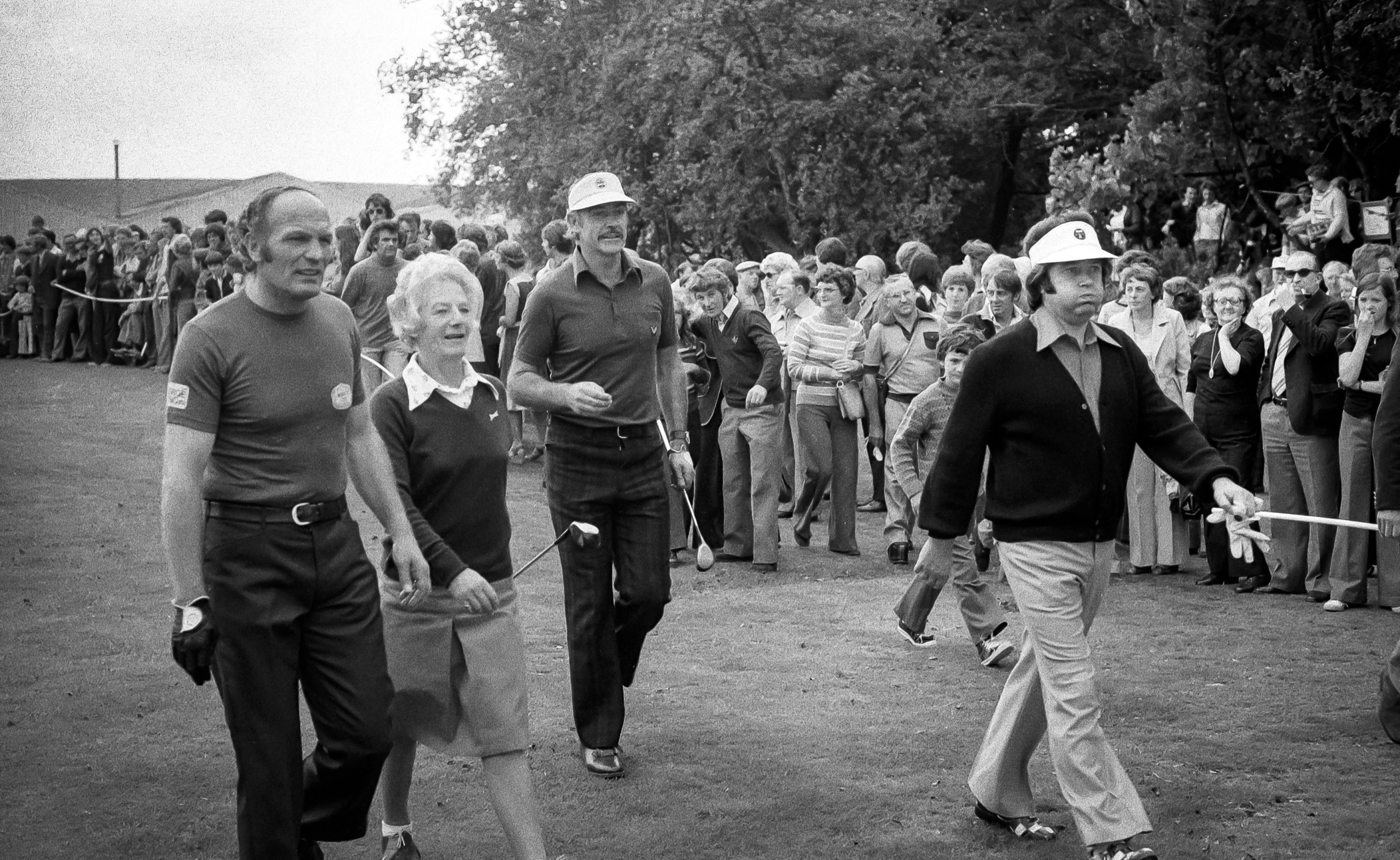 IT was the day huge crowds turned out at Renfrew Golf Club to catch a glimpse of famous celebrities playing in a charity tournament.

One of the famous faces teeing off was none other than 007 himself, Sean Connery, who was joined by other stars from the world of entertainment and sport for a round of golf on the local course. 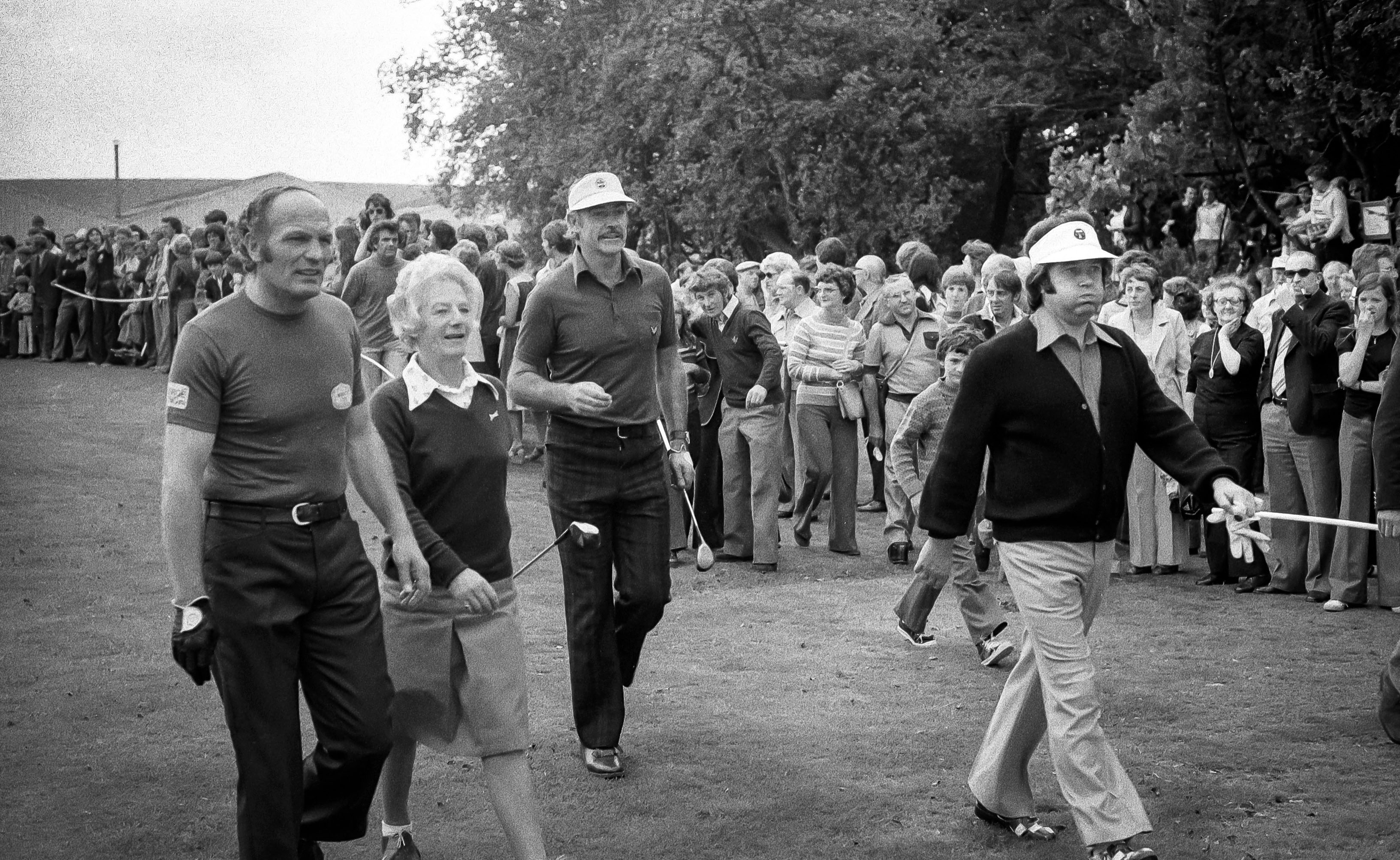 Image of Henry Cooper, Sean Connery, Jimmy Tarbuck and woman unknown, at Renfrew Golf Club participating in a Saints and Sinners Pro-Am tournament in aid of the Variety Club

Now a film looking back on that special day is to premier on Renfrewshire Leisure’s online television channel Ren TV, at 7pm on Friday, September 25.

Created by local filmmaker, Paul Russell, the film, Watch The Birdie, captures the excitement of locals as they watched the golf tournament – in aid of the Variety Club of Great Britain – held in August 1977.

As well as Sean Connery, one-time British, Commonwealth and European boxing champion, Henry Cooper, along with TV stars Bruce Forsyth and Jimmy Tarbuck also played in the tournament, at the Renfrew golf course.

Paul revealed that the film was inspired by the hilarious responses to some pictures taken at the event by photographer Pete Degnan, which had been posted on the Renfrew REMO Facebook page, where Renfrew residents share memories of their town.

The photographs prompted a lot of discussion and humorous anecdotes being posted on the social media page.

The film features interviews with event organisers, those who caddied on the day; Norry Wilson of the popular Lost Glasgow social history blog and photographer, Pete Degnan, who travelled from Derby to take part.

Paul said: “Younger viewers might not get the significance, but to have Sean Connery, Henry Cooper, James Hunt, Bruce Forsyth and Jimmy Tarbuck, to name but a few coming to Renfrew, would be today’s equivalent of having Daniel Craig, Tyson Fury, Lewis Hamilton, and Ant and Dec all coming to play a round at Renfrew Golf Club. These were the big stars of the day.”

“Lockdown has been a tough shift in lots of ways for everybody, but these recent times have really gathered people together in a virtual sense, brought happier times into focus and helped us all get through it.”

“Pete Degnans photographs are a gift in this regard and it is in the conversations, anecdotes and memories his images prompt, in which the real magic occurs.

“Every community has something to be proud of, things which make it unique, and it can be a comfort to remember and talk about these, especially when it can seem like the chips are down and past certainties can no longer be taken for granted.”

“As well as bearing witness to part of Renfrew’s social history where the community came together for an extraordinary event, I’m sure the film will be very entertaining and bring a smile to the faces of everyone watching – especially those who remember the golf tournament and saw the stars coming out to play at Renfrew Golf Club.”

The film is a Future Paisley project, as part of a radical and wide-ranging programme of events, activities and investments using the town’s unique and internationally significant cultural stories to transform its future.

To see Watch The Birdie go to www.renfrewshireleisure.com/rentv/.