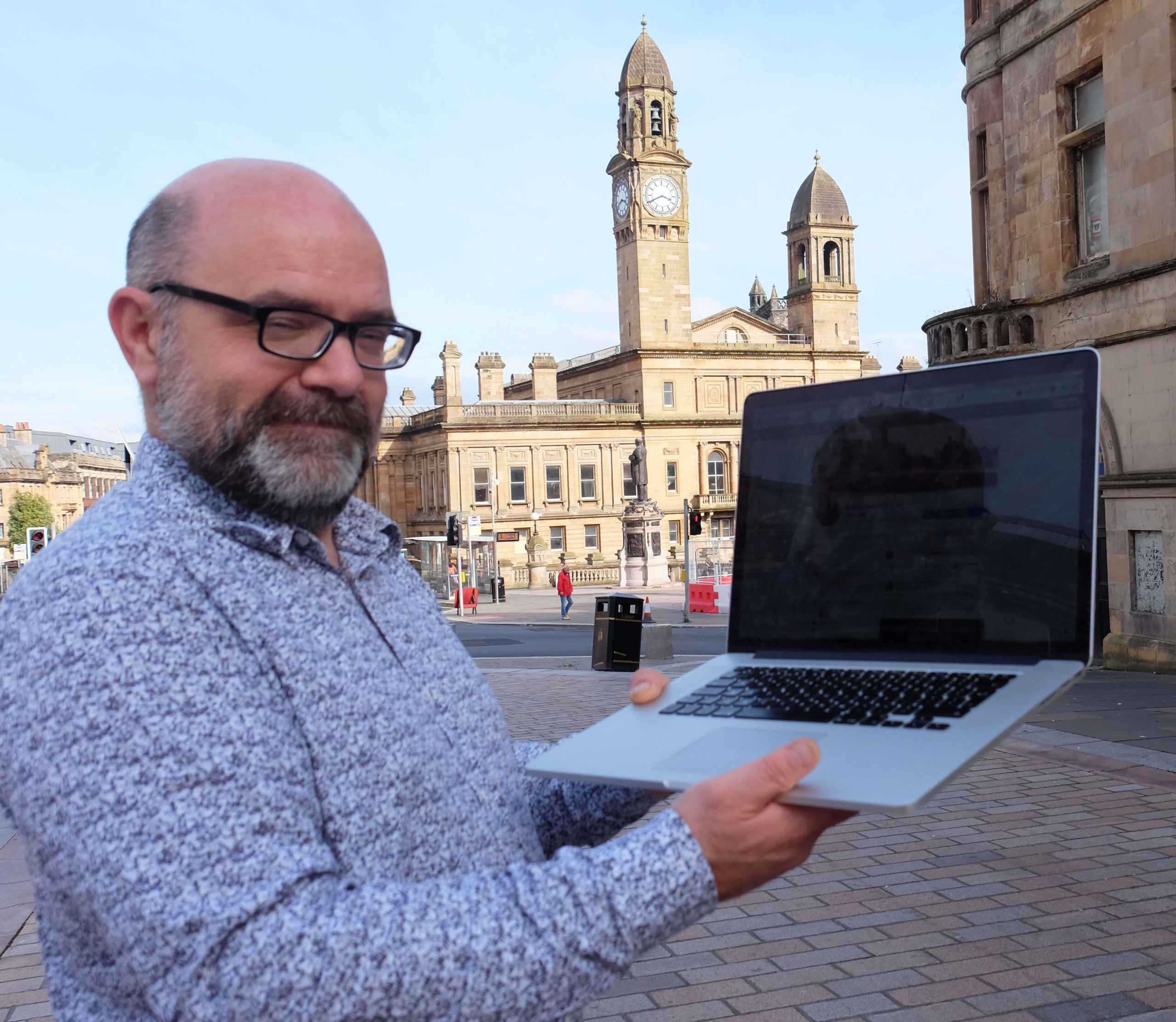 PEOPLE are being given the chance to record their memories of Paisley Town Hall in a unique book that will be read by future generations. 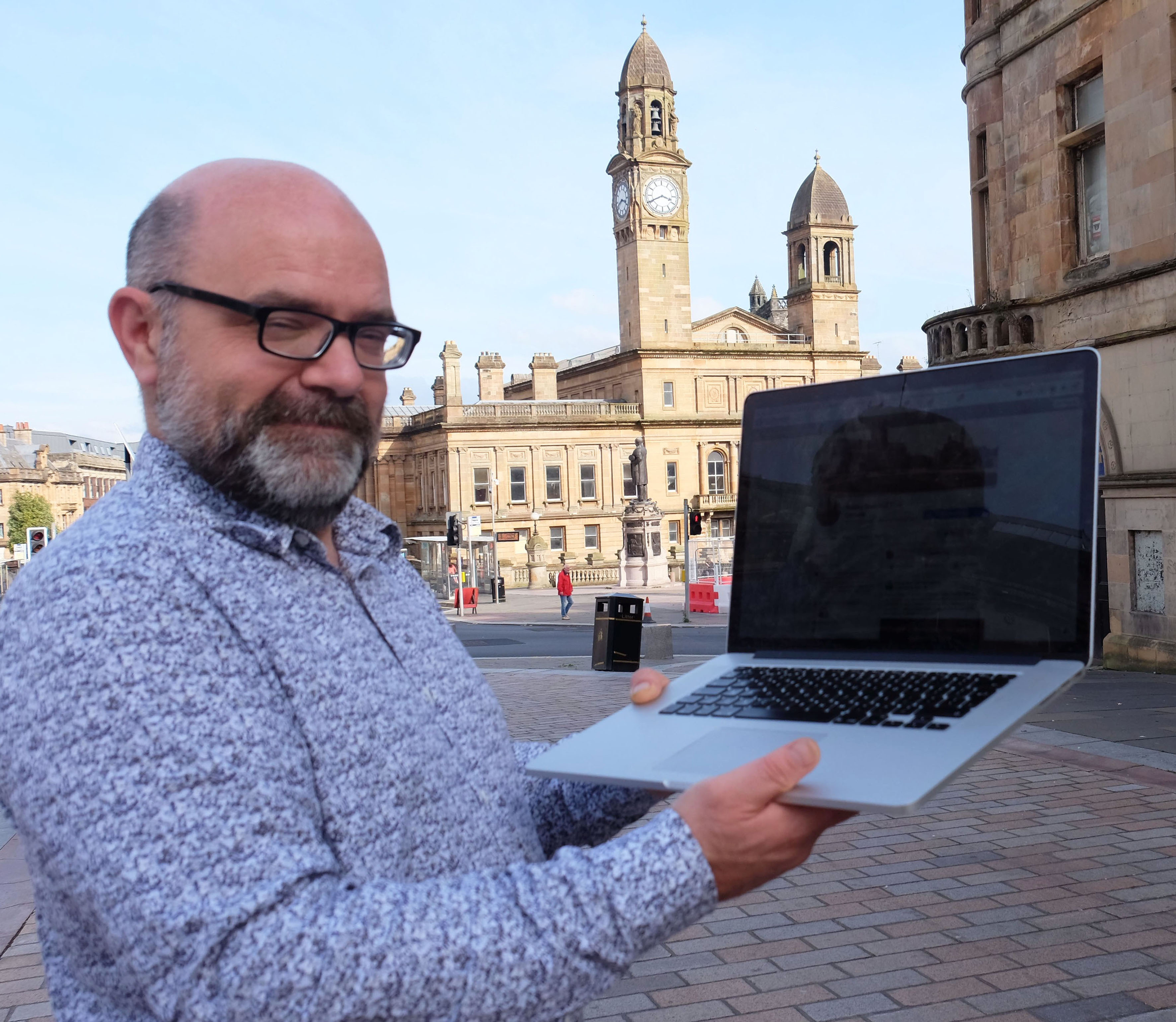 Artist and filmmaker Kevin Cameron has been commissioned by Renfrewshire Leisure to create a book as part of a time capsule about the Town Hall.

Kevin has created a Facebook page and is urging people to post their memories of Paisley Town Hall that will be used as one of the chapters in the time capsule’s book.

The Paisley Town Hall Time Capsule is being created as part of the work to preserve the much-loved building’s place at the heart of the town by transforming the facilities on offer inside the Victorian landmark.

The time capsule will be placed under the floor of the North Minor Hall, within Paisley Town Hall.

Kevin explains: “I’d love to hear anyone who has a special memory of the Town Hall, whether it involved a dance, or concert held there, a first date, wedding, formal dinner, graduation or a special event.

“This is a fantastic opportunity for the people of Renfrewshire to become part of history and to share their memories with future generations and tell what the Town Hall means to them.”

Kevin, who is being supported in the project by Renfrewshire Leisure’s film producer, Richard Weeks, added: “The Town Hall is steeped in history and the popular culture of Paisley and Renfrewshire.

“Music star, Paolo Nutini was discovered by his first manager when he gave an impromptu performance on the Town Hall stage while hundreds of teenagers were waiting for Fame Academy TV show winner, David Sneddon to appear. It would be great to hear from people who were in the audience that day.

“And thousands of football fans turned up at the Town Hall to see the victorious St Mirren team arrived there on an open-topped bus when they won the Scottish Cup in 1987. I’m sure that memory remains with everyone who was there that day.”

Go to www.facebook.com/PTHTimeCapsule/ to post your memories of Paisley Town Hall and your story could end up being read by someone in the future. 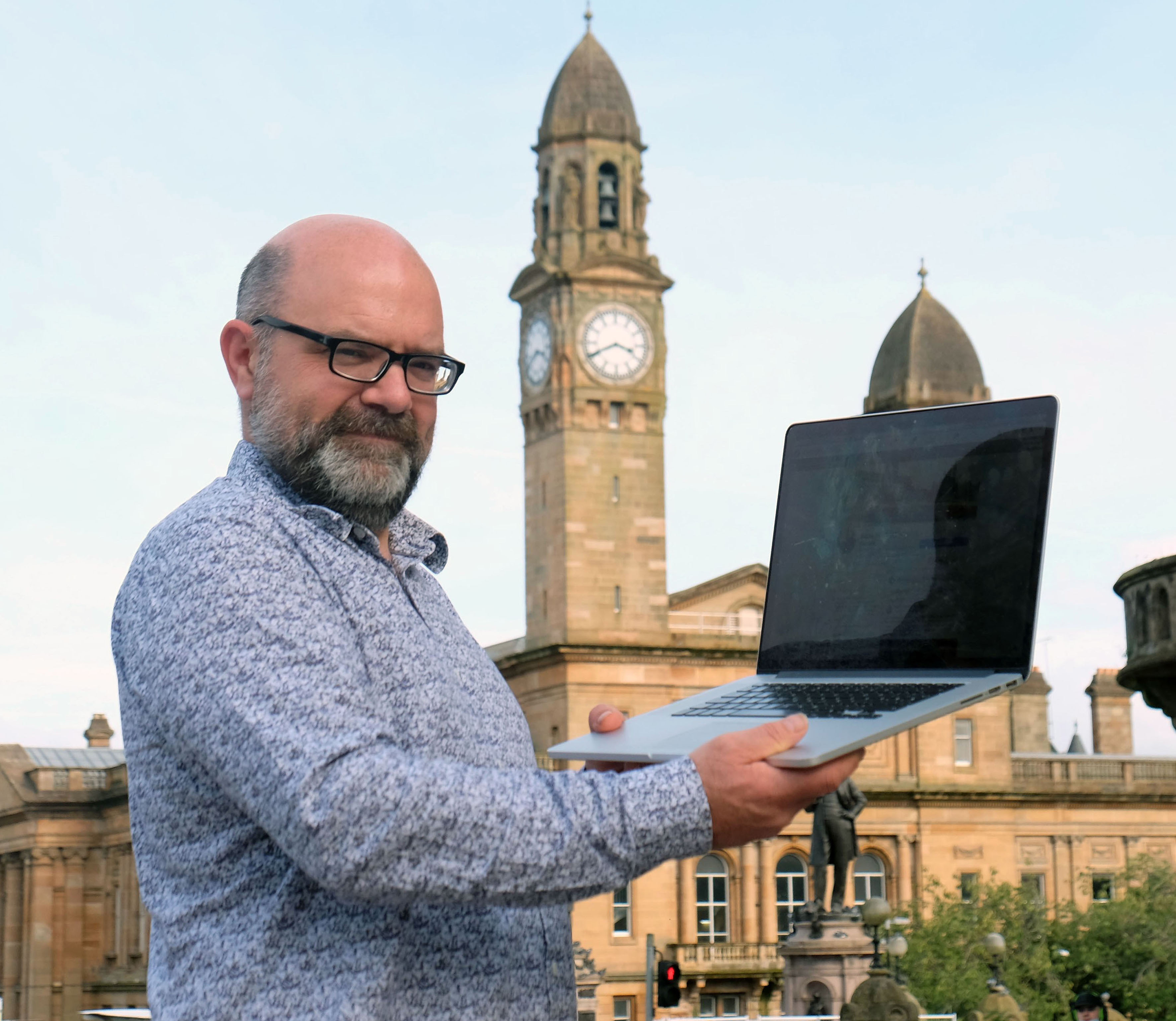 The refurbishment of the Town Hall is one of the key projects within Renfrewshire Council’s £100 million investment in venues and infrastructure, as part of a wider plan to use the town’s unique heritage and cultural assets to transform its future.

That includes the transformation of Paisley Museum into a world-class visitor attraction showcasing the town’s internationally-significant collections and story, and a new Learning and Cultural Hub bringing library services to a formerly-vacant unit at the heart of Paisley High Street.